Never meet your heroes… unless your hero is Jane Lynch. I’m happy to report she is as incredible, funny, warm, and charismatic as she seems to be onscreen and when I sit down with her, she treats me — a regular ol’ plebeian — like a real person, too. We mostly bond over our shared love of giving dogs human names (!!!), but also over her iconic career and the lessons she’s learned worth passing down. Jane Lynch’s message about being true to yourself resonates now more than ever, and not for nothing, she likes my hair, too. So… yeah. We’re pretty tight.

It seems serendipitous to speak with Lynch during Pride month, considering she starred in one of TV’s most beloved shows that fully embraced and celebrated diverse LGBTQ youth. Glee fans will be happy to know that yes, the cast still hangs out from time to time. According to Lynch, a lot of her former costars live very nearby. (Chris Colfer lives in her neighborhood, if you can even believe it.)

If you look at her expansive career as an actor, there’s so many iconic characters… so many hilarious lines. Of course, her roll as Sue Sylvester is at the top of that list. I tell her that one thing I adore about her body of work is that she always seems to break the mold from the omnipresent stereotype of a "tall, blonde, blue-eyed woman on TV or in movies." She tells me, "I haven’t thought of breaking a mold. I just love creating people." I feel stupid, but I like it.

She goes on to explain she regularly auditions for and has landed roles that were originally designed for men, especially early on in her career. (One iconic character I know and love is Paula, the tech store manager in The 40-Year-Old Virgin.) Lynch says she’s found success by bringing strong choices and bold moves to the audition room.

"I’ve been lucky I’ve been given opportunities, especially in the beginning, but it continues to this day, to play roles that were originally intended for men," she tells me. "So, I bring my own thing to that and then they feel like genius casting directors, y’know? They go, ‘Hey, we thought outside the box and cast a woman in this.’ And then I’m left to do what I brought into the audition room."

This seems to be her life’s unspoken motto: Commit fully to who you are, what you’re doing, and don’t worry about everyone else.

When I ask if she has any advice for young people trying to come up in an artistic field like her young Glee colleagues once did, she originally tells me she "doesn’t know what to say to them" but then drops some awesome insight and advice, anyway. 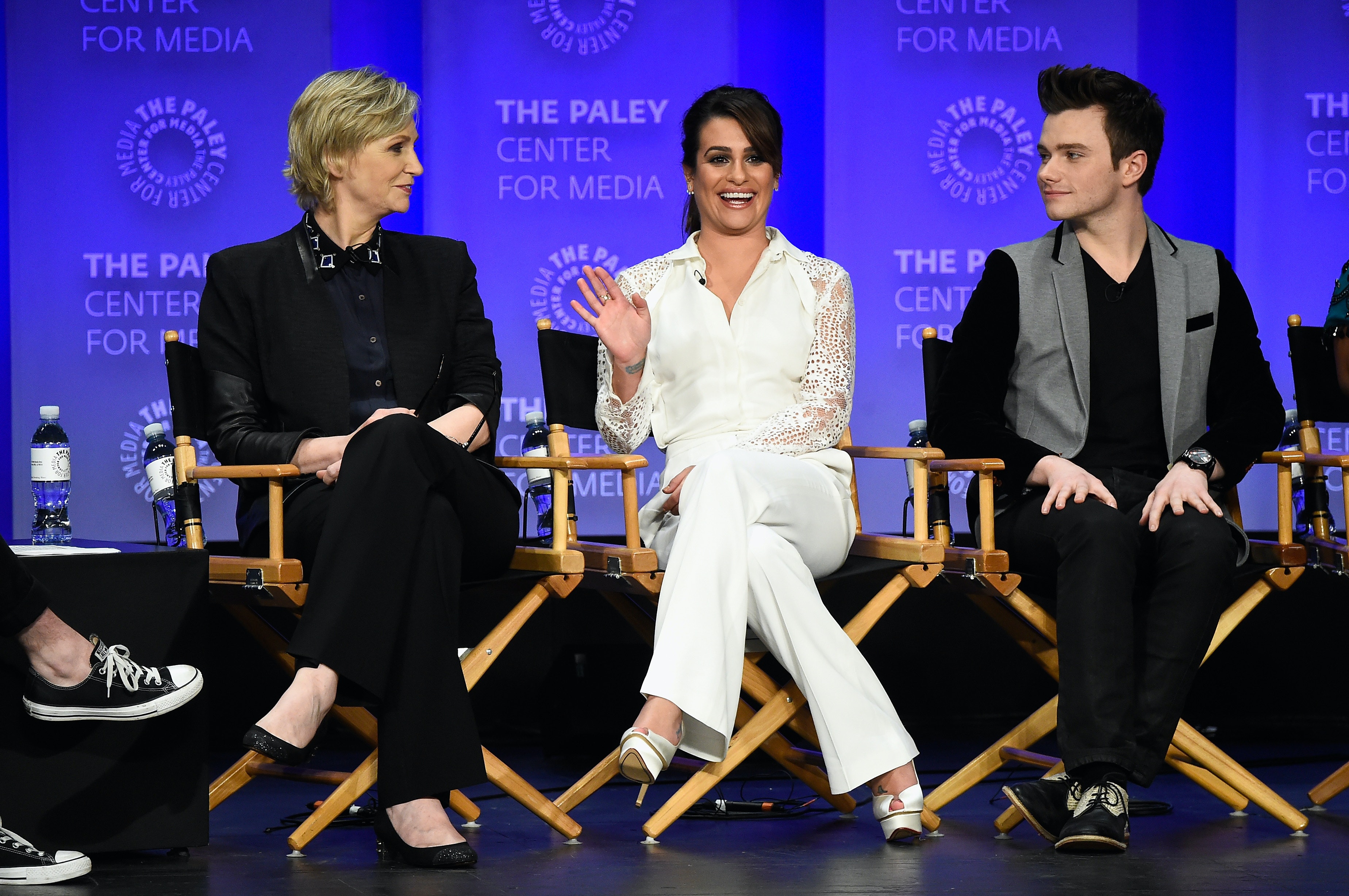 For one thing, if you’re an aspiring comedian, she has this little gem: "I think everybody has their own path. I think there are people to look up to. You don’t have to try at all try to be who they are — like, don’t try to be Sarah Silverman, but watch what Sarah Silverman does."

Beyond that, Lynch says to try to understand that while your unique attributes (like sexuality) are all pieces of who you are, they don’t identify your whole. She explains, "I forget who said this, but, ‘Once you label something, you kill it.’ So, I think there is a time in your development when you have to go, ‘OK, this is who I am. I’m attracted to women and I want to live this kind of life and society doesn’t like it, ok this is kind of tough.’ But then, after a while, you blend into life."

She thoughtfully adds, "So, I think that in our evolution — our own personal evolution — there is a time for labeling and then there’s a time to let it go."

This kind of self-aware commentary is part of what makes Lynch so likable. She is totally human, despite her mega-celebrity status. Take our pupper conversation, for example. Lynch owns three senior dogs who led her to finding and advocating for Vet Chat, a 24-7 online pet medical resource that connects you with real veterinarians in real time. She’s partnering with Banfield Pet Hospital to spread the word about the new service and help people avoid the dreaded Google search and diagnosing their dogs on their own.

"[Vet Chat] will tell you to come on in, or don’t worry about it, or go to the emergency room," she explains. I tell her this is one of my own dog-mom issues, dramatically explaining how I can never tell if my own dog just stubbed her paw or if she’s "going to die." Lynch says, "This will at least keep you informed and you can rest assured that they aren’t going to die, and if they are, you can get them to the emergency room."

Take it from my personal hero: Just do you. Maybe it will pay off in a career full of iconic characters, gut-busting jokes, and some sweet fluffy fur ball doggos.