Home » Celebrities » Jennifer Lopez, 51, Wears Nothing But Her Engagement Ring From A-Rod In Teaser For New Song ‘In The Morning’

Jennifer Lopez is upping the stakes from her super racy AMAs performance. She’s now posing in the buff in a sexy teaser for her upcoming new song.

How is this woman 51-years-old? Jennifer Lopez already made jaws drop during her scorching American Music Awards performance on Nov. 22, flaunting her killer body in a sheer black catsuit. Now she’s showing fans what’s underneath, wearing nothing at all in a Nov. 24 Instagram teaser video for what appears to be a new song called “In The Morning.” It showed various still shots of JLo in the buff, literally wearing nothing but her 15 carat diamond engagement ring from fiance Alex Rodriguez, 45. You can check out the video here.

Jennifer is seen with the same wetted shoulder-length bob hairstyle that she wore at the AMAs. She uses her hands to cup her bare bosom in one racy snapshot as she gave the camera fierce and sultry expression.  A wider version of the photo then shows off the mother of two‘s amazing tight abs. 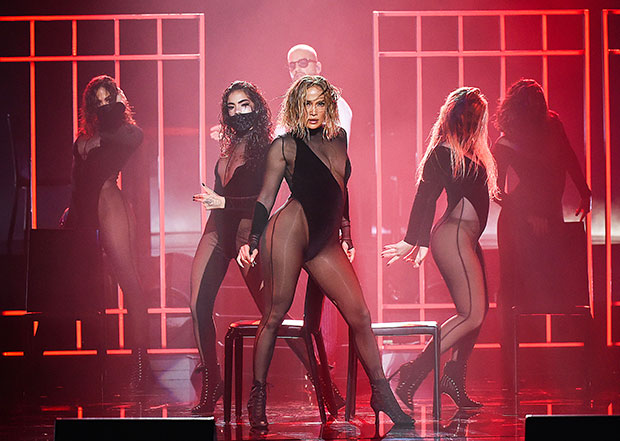 Other snapshots show a tight angle of Jennifer’s bare hip and lower tummy, and a side view of her lean, muscular dancer’s leg. Jennifer credited the famed photography and styling team of Mert Alas and Marcus Piggott for the photos in her caption, and added the hashtags “#InTheMorning #MorningFace #TurkeyEgg #NewMusic.” She didn’t detail when the song or the video drops though, but the tease was enough to grab the attention of fans.

User @jlotheicon commented, “THE HOTTEST WOMAN IN THE WORLD” while @jlover_limitless gushed, “YOURE STUNNINGGGG.” Fan @lopezeditzs excitedly wrote, “I CAN’T WAIT TO HEAR THE WHOLE SONG.” New music tends to drop at the stroke of midnight eastern time on Friday mornings, so hopefully “In The Morning” will be available in just a few days. 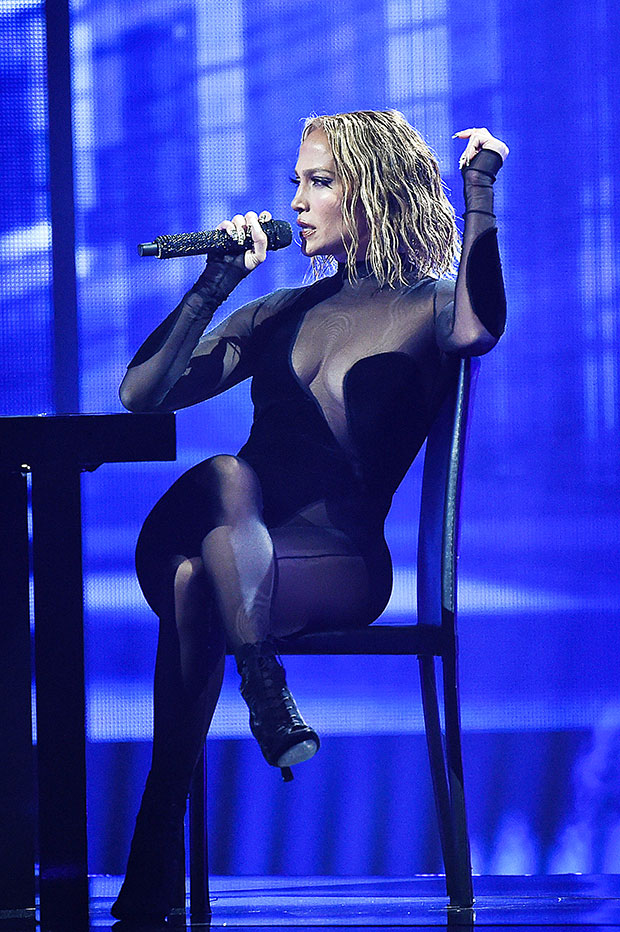 Jennifer blew away viewers with her AMAs performance, where she donned a sheer black catsuit for a high powered dance number, as well as a smoldering duet with her Marry Me co-star Maluma. They performed “Pa Ti” and “Lonely” where Jennifer crawled across a table towards the 26-year-old Colombian singer as their bodies nearly intertwined. She later did a routine featuring her signature electric dance moves involving chairs and dancers behind cages.

Unfortunately, JLo later got called out by Beyonce‘s Beyhive for allegedly lifting her look as well as her routine from what the 39-year-did with husband Jay-Z, 50, during the 2014 Grammy Awards. From the black outfit, wet bob, a chair dance, seducing Maluma (instead of Jay), while standing on a table…some of Beyonce’s fans claimed JLo’s routine was way too similar to Bey’s iconic “Drunk In Love” performance six years ago at the Grammys. But really, both ladies absolutely slayed their performances and are each so talented that there’s room for both Beyonce and JLo to shine.