Florida looks better from a balcony – ask Jennifer Lopez and Ben Affleck. After the couple took their reunion to South Beach, ‘Bennifer’ was spotted hanging out at her Miami rental home.

Get ready for Ben & Jen Take Miami. Jennifer Lopez, 51, and Ben Affleck, 48, took their rekindled relationship to South Florida on Sunday (May 23). Shortly after they were spotted for the first time at her rental home, the couple were seen on the upstairs balcony, taking in the Miami sun. Jennifer rocked a casual summer dress, one that seemed to slip off her shoulder at times. The Hustlers star even gave onlookers a show, posing in a way that showed off her toned legs. Ben, on the other hand, dressed in darker colors, rocking a dark charcoal t-shirt and olive green chino pants. 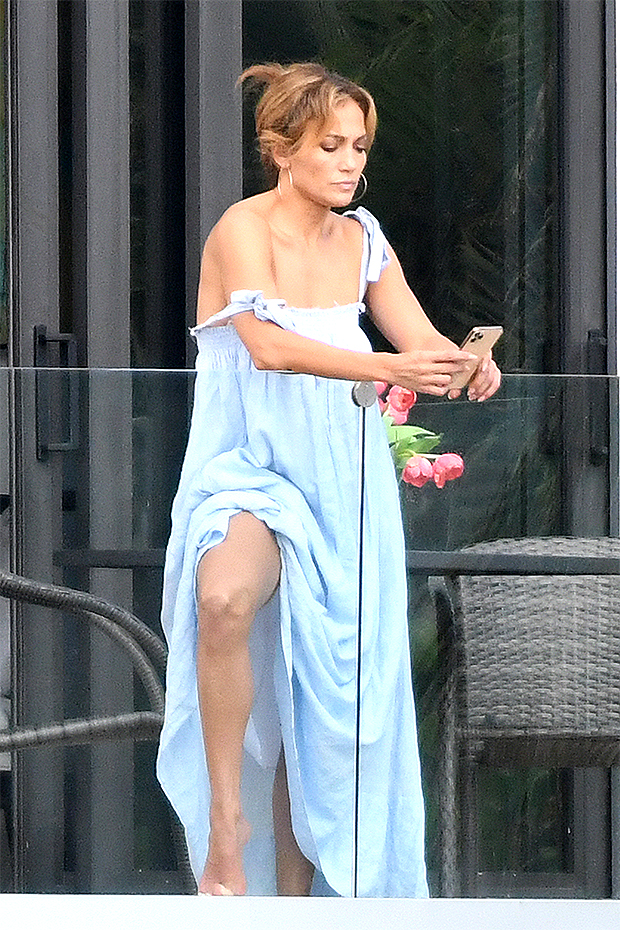 The couple reportedly spent most of their time in the upstairs bedroom and balcony, with Ben popping out for a smoke. Earlier on Sunday, the two were seen for the first time at the property. The formerly engaged couple was spotted walking down the stairs, with Jen flashing a bright smile. Ben kept his face stoic, but he raised a few eyebrows by apparently wearing the same chunky silver chain he sported in J.Lo’s “Jenny From The Block” video from 2002. 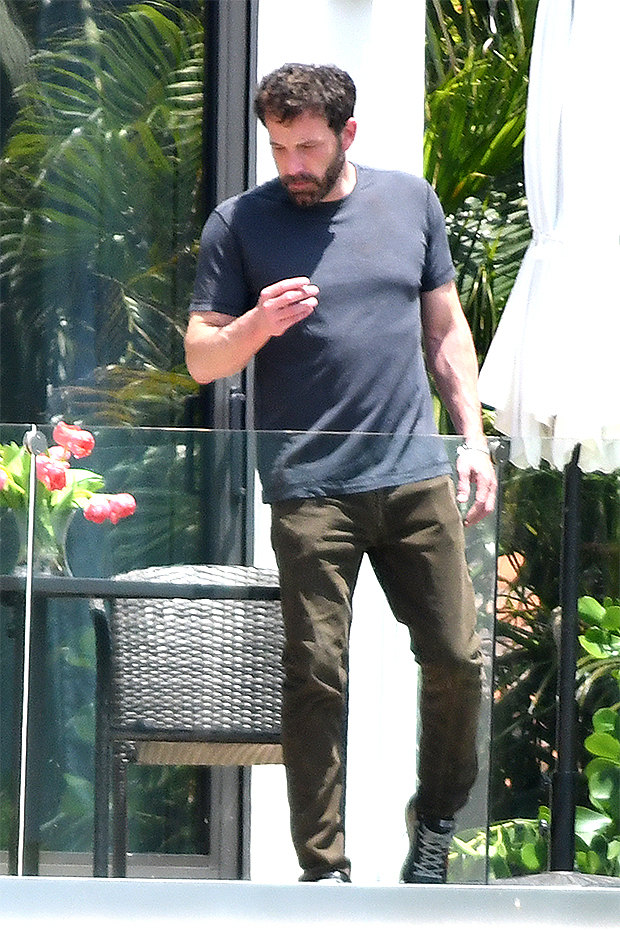 This Miami trip was Bennifer’s first sighting since they reunited in Montana earlier in the month. J.Lo and Ben were spotted driving around – the first time they’d been photographed together in 17 years – at the Big Sky ski resort. Funny enough, when Ben arrived at the Miami airport on Sunday, he wore a baseball cap that bore the words “Big Sky Montana,” an apparent souvenir from his recent trip. During this wintery holiday, Ben and Jen got some one-on-one time, and a source told HollywoodLife EXCLUSIVELY that he “pulled out a few tops by trying to impress Jen during the trip,” including cooking for her “on one or two occasions.”

The first reports of a “Bennifer” reunion came at the end of April, a mere two weeks after she and Alex Rodriguez announced they had ended their engagement after four years together. Ben was seen exiting a white SUV belonging to Jennifer near her Bel-Air home. Days later, they both appeared at the VAX LIVE concert. Following the event, they reportedly hopped into a plane and spent a few days up in Montana.

“Jennifer and Ben had a great time on their trip to Montana…she does look at him as more than a friend,” a source told HollywoodLife EXCLUSIVELY. However, the insider added that J.Lo isn’t in a rush to get into another relationship, especially so soon after her breakup, and is just “enjoying talking to Ben and spending time with him.”