Jennifer Lopez and her daughter Emme were spotted enjoying some lunch time together at Sunset Plaza before visiting an art exhibit in Los Angeles.

Jennifer Lopez, 52, and her daughter Emme, 13, shared a fun day out together while dressed in summer style. The singer and teen were recently photographed outside of Sunset Plaza in Los Angeles, CA while going on a lunch date together before they also hit up the Vincent Van Gogh art exhibit in the city. J.Lo rocked a long-sleeved white mini shirt dress with a tan belt wrapped around the waist and brown heeled knee-high boots during the outing while her mini me wore a brown and white striped sweatshirt, ripped denim shorts, matching striped socks, and black boots. 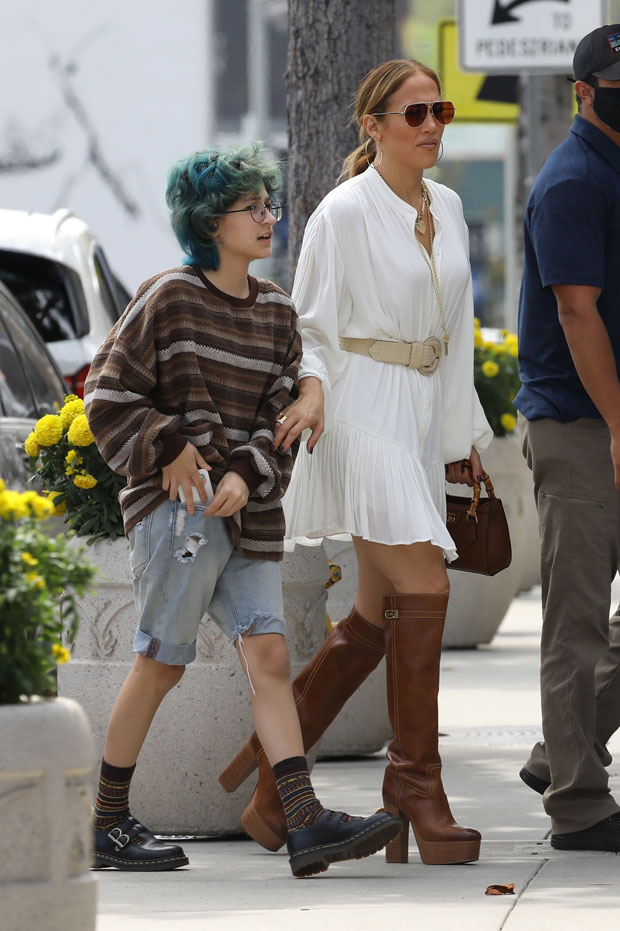 The doting mom also wore sunglasses and had her long locks tied back into a low ponytail while Emme showed off her short blue hair and glasses. The duo kept close while walking outside and at one point, Jennifer even held her arm out to hold onto her daughter.

Jennifer and Emme’s latest outing comes in the midst of the former’s headline-making romance with Ben Affleck, 49. She was seen holding hands with the hunk during an outing in L.A. on Aug. 24 and looked incredible. The lovebirds were shopping in the area and wore black outfits that were stylish and matching and at one point, J.Lo even flashed a smile in front of cameras, proving she’s as happy as can be! 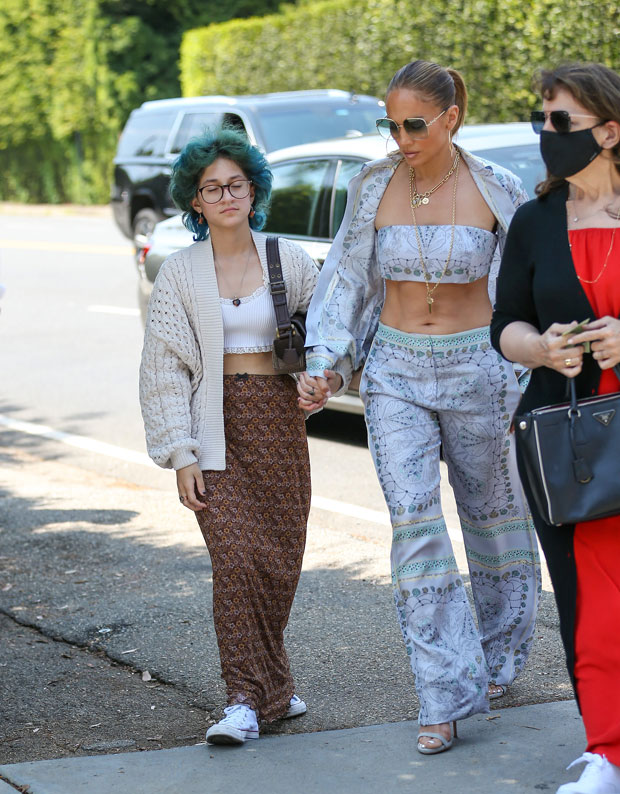 One day before the shopping trip, Ben was photographed at the Tiffany’s at the same shopping center with his mother Chris Anne Boldt and son Samuel, 9, while browsing rings in their little signature Tiffany’s blue boxes. It’s unclear if he was looking for something for Jennifer but the duo seem inseparable lately, so it definitely wouldn’t be surprising!

Jennifer and Ben were previously in a relationship from 2002 until 2004 and even became engaged. After more than 15 years, they rekindled their romance in May and have been spotted showing off PDA on numerous occasions. They’ve also been seen house hunting in the L.A. area so it looks like things are getting serious once again!