Joan Collins has taken to Instagram to open up on a meeting she had with the Queen almost 30 years ago, admitting she has regrets over the moment. It comes as the actress, 89, struggled to hold back tears and told how she “couldn’t stop crying” when Buckingham Palace announced the Queen’s death before reflecting on her meetings with the monarch over the years.

Wish I hadn’t worn that hat

The star shared a picture of herself receiving her OBE from Queen Elizabeth in 1997 during a ceremony at Buckingham Palace.

At the time, Joan branded it a “tremendous honour” to have received the accolade.

The actor dazzled in a lilac suit, white gloves, a string of pearls and matching earrings.

But it was her headwear which was the focus of her post. 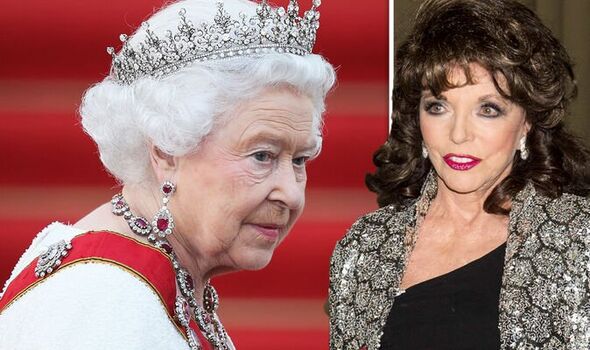 In view of her 292,000 followers, Joan wrote: “Such a great #honour – wish I hadn’t worn that #hat #buckinghampalace #queenelizabeth.”

Queen Elizabeth could be seen pinning the award to Joan’s lapel.

However, the star’s face was completely obscured by her large, pale pink hat which featured large feathers.

Following her post, the star was soon inundated with messages from her followers, reassuring her she still looked smart. 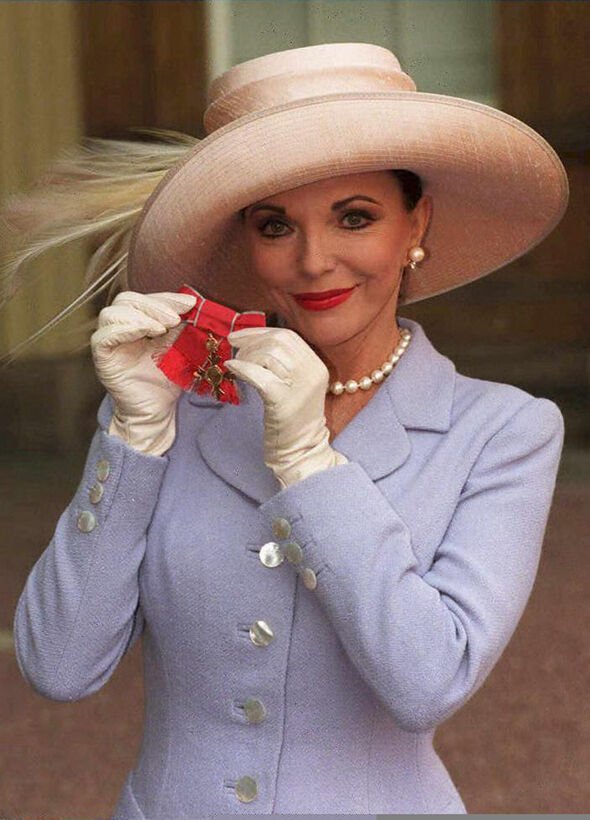 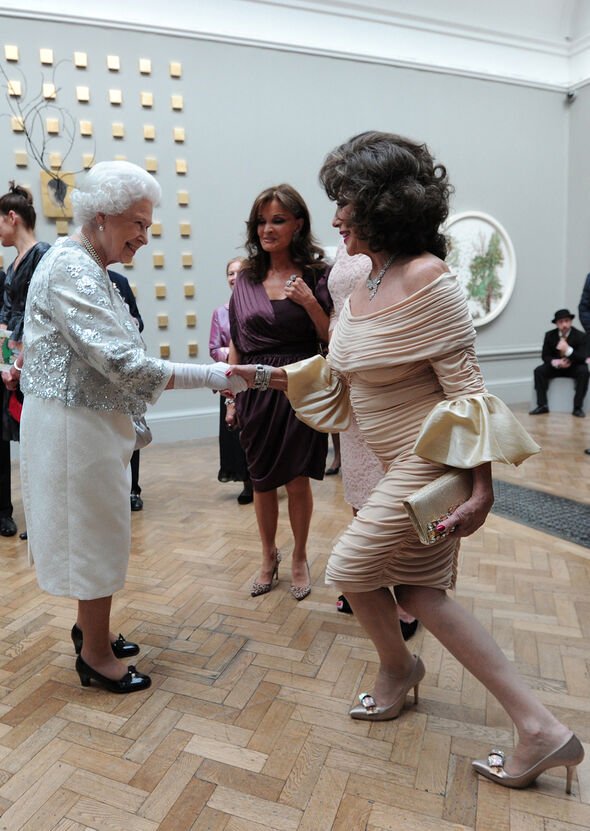 While sa.rah0678 penned: “That hat looked great from the front! Less so side on.

“I guess you learnt your lesson and wore a stylish little pillbox number with a veil for your DBE!”

Joan was among the first of Hollywood’s A-list celebrities to pay tribute to the Monarch following her death last Thursday.

Sharing a snap of the flag at half-mast, Joan wrote: “The Queen was magical.

“The greatest and most popular star who represented the best of British values.

“I was grateful to be part of her platinum jubilee and to see her last appearance on the balcony.

“I hope she knew how much we all loved her. #ripqueenelizabeth” she ended her post.

The award-winning actress went on to share a sweet black and white snap of herself meeting the Queen when she was younger.

Joan penned: “I fell under the spell of #queenelizabeth the first time out of the many times I met her, and my admiration has remained undimmed throughout the years.