Home » Celebrities » John Oliver on the Sussexes’ interview: ‘I didn’t find any of it surprising’

John Oliver on the Sussexes’ interview: ‘I didn’t find any of it surprising’

Last week, a 2018 clip from The Late Show was making the rounds on social media. Stephen Colbert was interviewing one of his favorite people, John Oliver. Oliver is British, but he moved to America more than a decade ago to work here. He ended up marrying an American woman and becoming an American citizen. He’s always made fun of the Windsors in his comedy, and in 2018, he said that he wouldn’t blame then-Meghan Markle if she backed out of the wedding because of the horrid nature of royalty in general, and the Windsors in particular.

As I said, that clip went viral last week, so little surprise that Jimmy Fallon booked Oliver onto the Tonight Show to discuss the Duke and Duchess of Sussex’s Oprah interview and all of the fallout from it. Some of what Oliver said:

“It was amazing,” John shared about the explosive Oprah interview that led to a litany of headlines. “I mean, I will say, I didn’t find any of it surprising. That was kind of what I felt, sadly, her experience was going to be going in because, you know, I grew up, I know the royal family from a distance and they seemed like flawed people. That’s literally the kindest way I can possibly put it.”

During John’s’ new appearance on The Tonight Show, Jimmy asked John whether he thinks that Meghan and Harry’s recent comments could lead to any change for the royal family.

“It’s hard to say, isn’t it?” John replied. “Because the royal family, its whole selling point is that it doesn’t change. That was kind of the point of it over centuries, that times come and go, governments rise and fall, but the royal family will always be there, unyielding. The stiff upper lip that doesn’t wobble. So, that’s their selling point…. As years go by, you realize that not changing is not entirely a good thing. Because that means the times might be changing around you, and you are refusing to evolve. So I don’t think they will change because I don’t think they have the capacity to. But they obviously should.”

I understand Oliver’s reticence to say whether or not he thinks the Sussexes’ interview will fundamentally change the institution of the monarchy. I have my doubts as well – clearly, the interview has damaged the Windsors’ reputations. We’re in a different (and unprecedented) cultural moment with social media and more people calling out royal behavior and royal sensibilities. But John’s sort of right – this interview wasn’t enough to make the Windsors change at any fundamental level because they’re not really capable of it. Change would have to be implemented ON them.

Here’s the video – John and Jimmy start talking about the Oprah interview around the 2:50-mark. 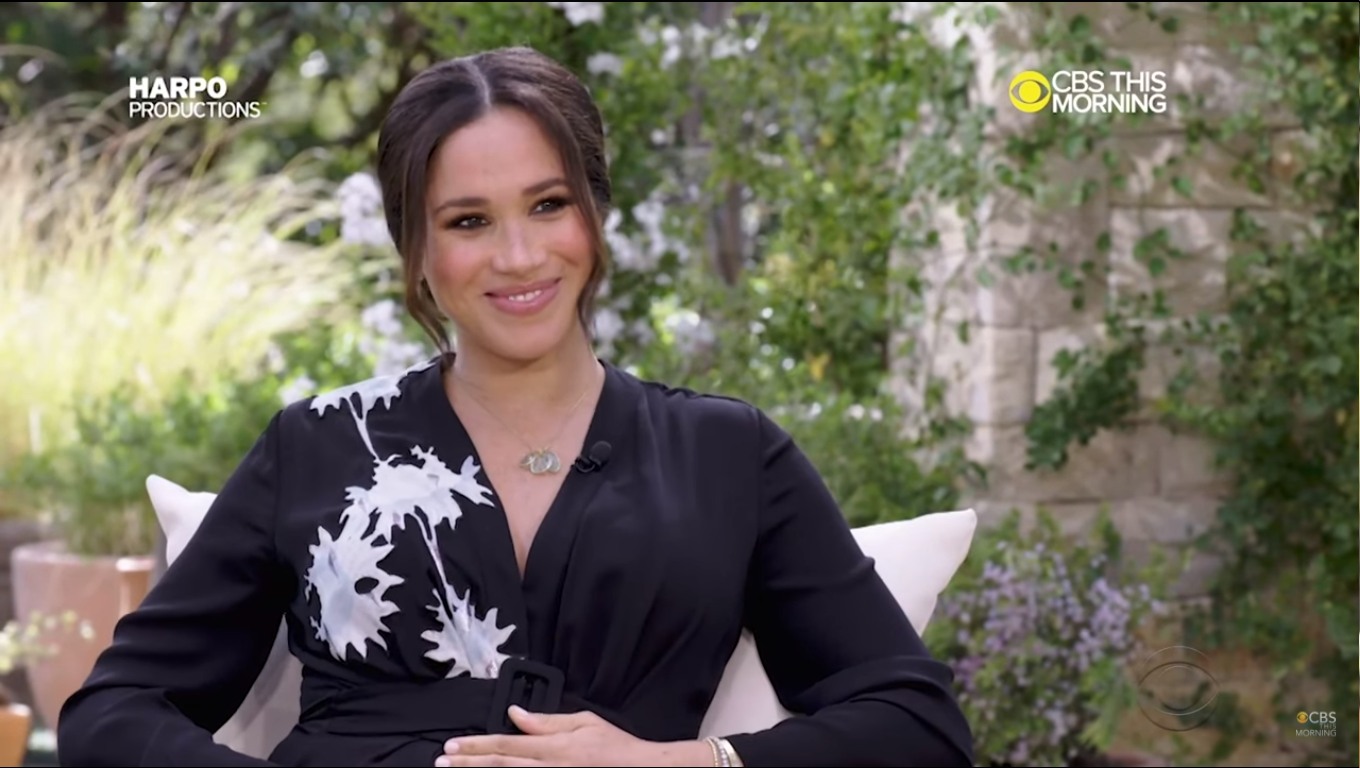 Photos courtesy of CBS and NBC.