A united force. Justin Timberlake was seen with Jessica Biel for the first time since the singer was involved in a PDA scandal with his Palmer costar Alisha Wainwright.

Timberlake, 38, and Biel, 37, were spotted together having an intimate dinner date at Hotel Bel-Air in Los Angeles on Wednesday, January 8, in photos published by The Sun.

“She’s still not happy about the situation, but they’re OK as of now,” a source told Us Weekly exclusively just days prior.

Last month, an insider revealed to Us that Timberlake is willing to put in the work to repair his marriage after the controversy. He’s been “making a big effort” to ensure Biel “knows how much she means to him.” 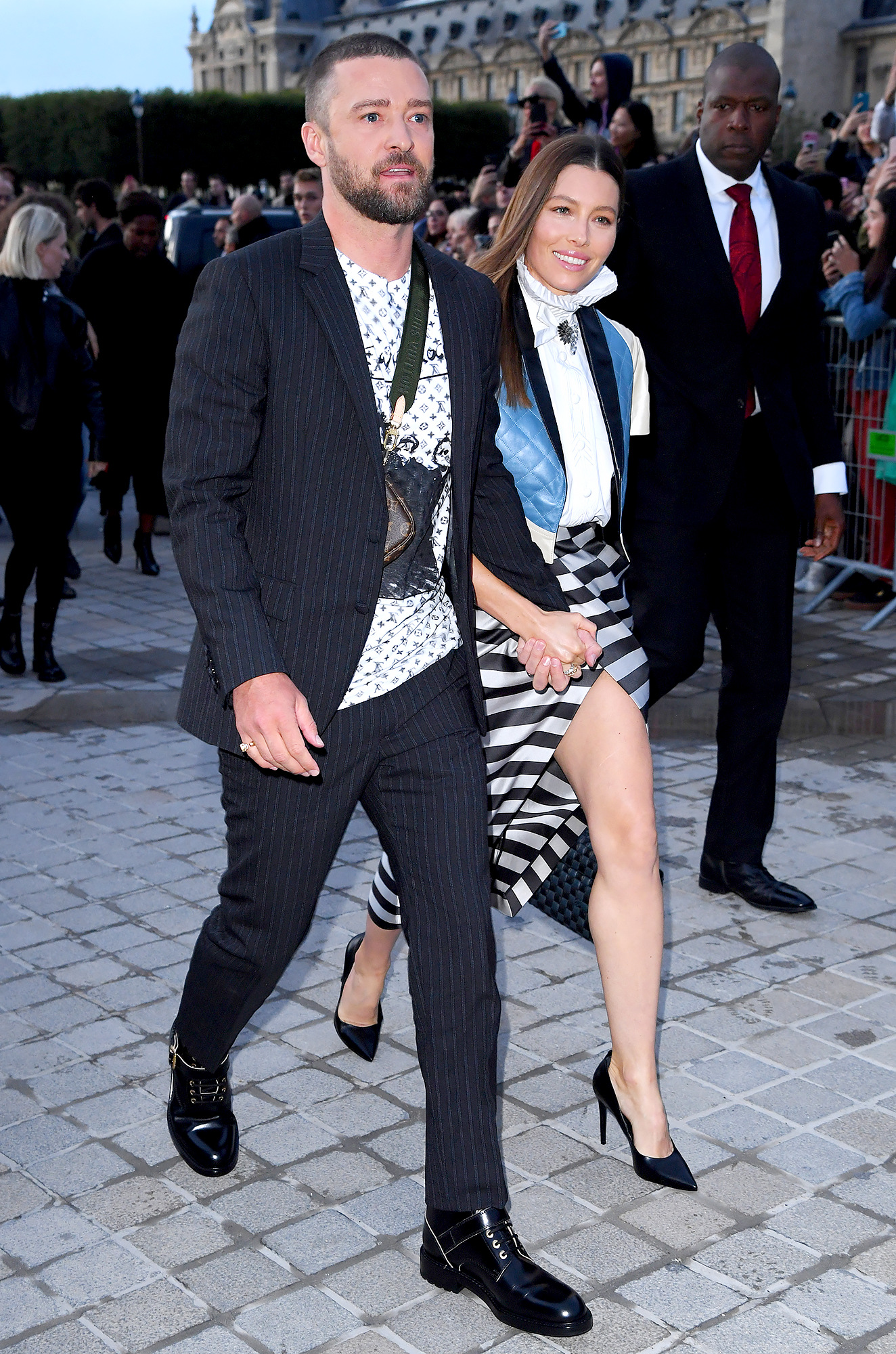 The married couple’s sighting comes nearly two months after Timberlake was photographed alongside Wainwright, 30, engaging in what he later called “embarrassing” behavior. In November, the duo were hanging out at the Absinthe House in New Orleans filming Palmer, and were caught holding hands beneath a table. The Raising Dion actress was also pictured resting her hand on the “Can’t Stop the Feeling” crooner’s knee.

In the wake of the scandal, a source confirmed to Us that Timberlake and Wainwright were “just friends.” The pair were attending “a cast gathering” when they were photographed and “nothing remotely romantic” occurred between the two. “They were very much in public and nothing inappropriate was happening,” the insider added.

The following month, Timberlake broke his silence by posting a statement to Instagram. He apologized for his actions and denied any wrongdoing, which a source told Us is something Biel “encouraged” her husband of seven years to do.

“A few weeks ago, I displayed a strong lapse of judgment — but let me be clear — nothing happened between me and my costar,” he wrote on December 4. “I drank way too much that night and I regret my behavior. I should have known better. This is not the example I want to set for my son.”

The former ’NSync member continued, “I apologize to my amazing wife and family for putting them through such an embarrassing situation, and I am focused on being the best husband and father I can be. This was not that.”

Biel, who wed Timberlake in October 2012, was “very upset and embarrassed” by her longtime love’s behavior and thought it was “completely inappropriate,” a source told Us on December 11. However, ahead of Christmas, Us confirmed that the parents of Silas, 4, still planned to spend the holidays together.

“She is really ready for some alone time with him,” the source said on December 22. “He has been so sweet to her and is making sure that Jessica knows how much she means to him. He is really making a big effort.”