Kanye West mastered the art of going incognito after turning up to the BET Awards 2022 unannounced with his face completely hidden.

The star-studded awards ceremony got underway at the Microsoft Theater in Los Angeles on Sunday evening, with Taraji P Henson doing the honours of hosting the event, which celebrates Black excellence in music, TV, film, sport and showbiz.

It was a particularly momentous night for hip hop mogul Diddy, who received the lifetime achievement award for his incredible impact on the culture, stemming back to the glory days of his label Bad Boy Records in the 1990s.

Diddy, 52, was given another treat in the form of Kanye, 45, making a surprise appearance to present him with the award.

But of course, it wouldn’t be Kanye if he didn’t claim some of the spotlight for himself. The All Of The Lights rapper arrived on stage in an all black outfit, consisting of a rustic hooded jacket, T-shirt, jeans, gloves and a mask that covered his entire head.

To put the cherry on top, the rapper popped on a pair of sunglasses just in case the full face cover wasn’t dark enough. 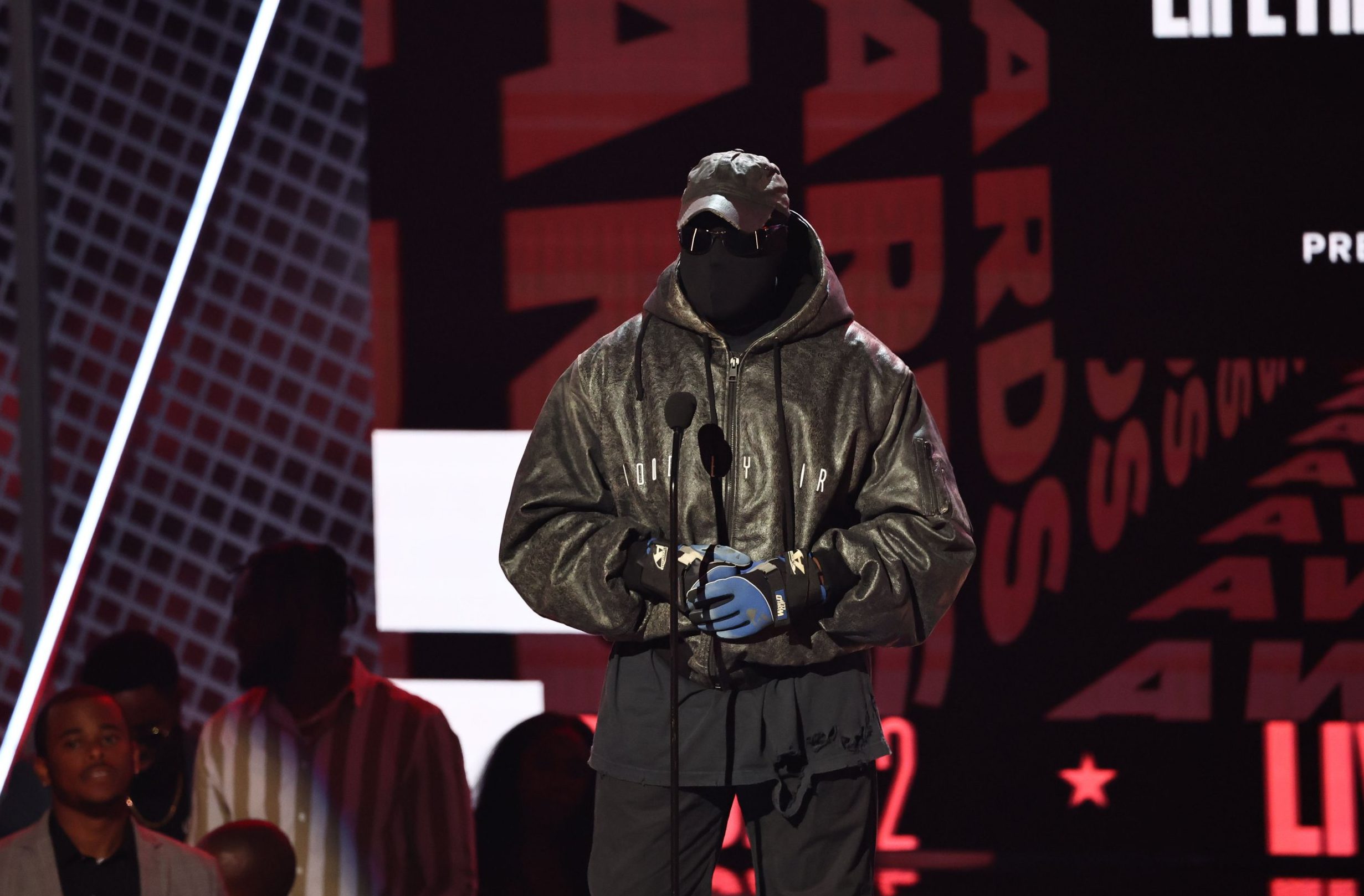 Introducing his peer to the stage, Kanye said: ‘How do we crown our kings? How do we appreciate our kings?’

Sharing an insight into his close friendship with Diddy, the rapper continued: ‘I go to him for advice to this day. He inspires so many of my choices, so many of my life choices.’

‘My wife choices,’ he added with a laugh referring to ex-wife Kim Kardashian.

‘Thanks for that, Puff,’ he joked.

Kanye’s speech went on: ‘You know, I took a little hiatus. I said, I just want to declare myself legally dead for a year. I just want to be off the grid and Puff is pretty persistent, but I had to think, bro, it’s like, people get amnesia.

‘Like I should never have Puff have to ever call more than one time. Any of us in this room if Puff ever need us, we need to jump and be there.

‘This man has been through [and] survived a lot of stuff and broke down a lot of doors so we can be standing … he broke down so many doors of classism, taste, swag. Puff, if I never told you I love you, you’re my brother.’

Diddy, real name Sean Combs, eventually made his way onto the stage and shared a tight hug with his good friend.

Kanye has been keeping a relatively low profile in recent months as he focuses on co-parenting his four children with ex Kim, 41, after she filed for divorce in February 2021.