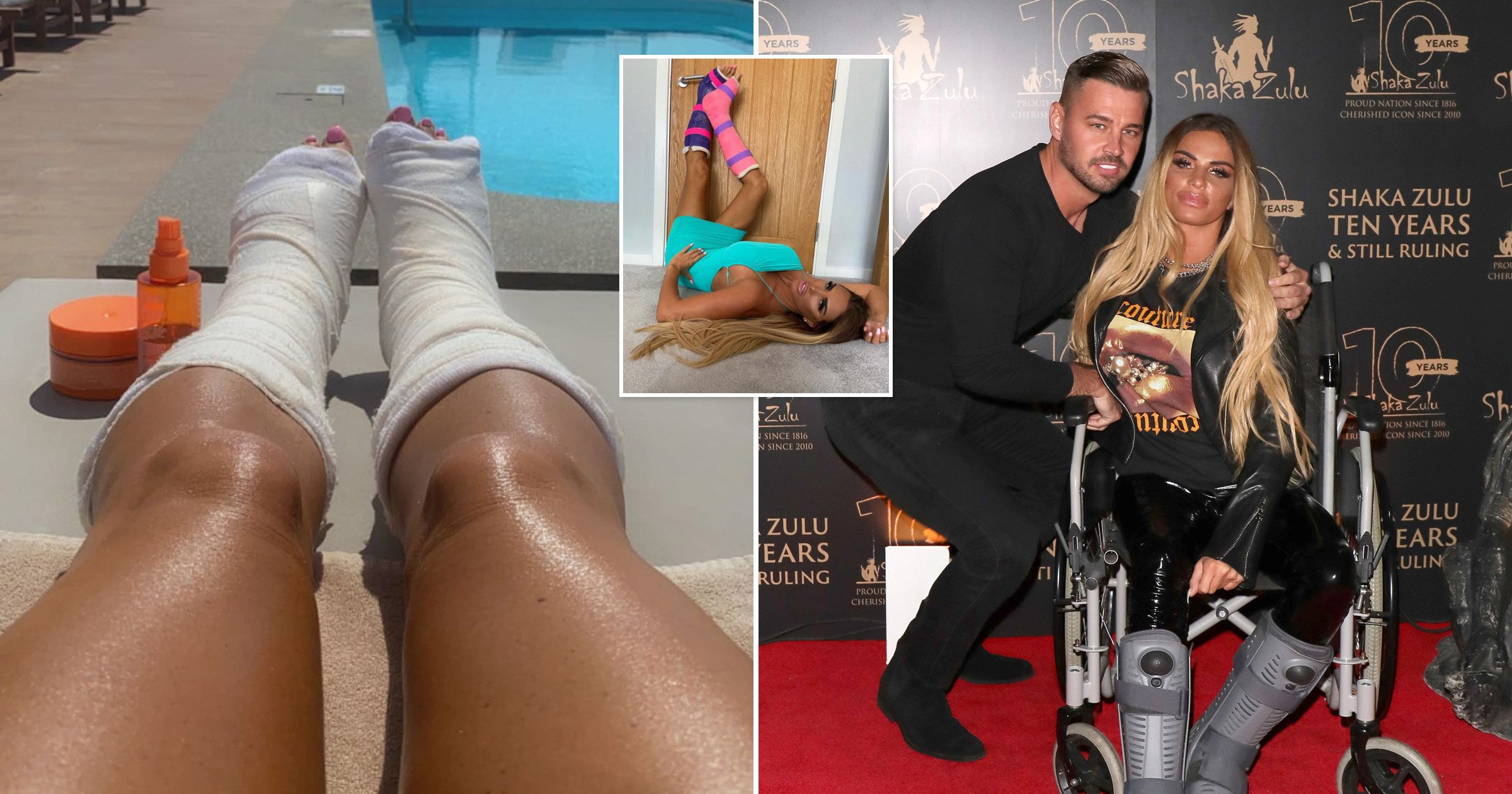 Katie Price has revealed that she is registered disabled and ‘waddles like a duck’ after she broke both of her feet by falling off a wall in Turkey.

In August last year the former glamour model, who went on holiday with her boyfriend Carl Woods and her children Junior and Princess, ‘fell funny on her ankles’ after misjudging the height of a wall.

The accident left Katie in a wheelchair and unable to walk for months.

Following her recovery, the 43-year-old explained that has sent off for a blue badge so she can park next to shops.

Speaking about how the accident has affected her, Katie began: ‘I will never be the same, I’ve had to accept that, but I’m staying positive.

‘The accident has changed my life and it’s only just sunk in if I’m honest.’

‘I’ve got a limp when I walk now as one leg is longer than the other because of all the metal in the foot — I waddle like a duck. It does make me feel a bit paranoid,’ she added to The Sun.

The mum-of-five, who feared she wouldn’t be able to walk again after the fall, went on to add that she is seeking ‘legal advice’.

She explained that she ‘can’t get rid of the constant pain’ and once she sits down she can’t get up again because of how much it hurts.

Speaking at the time on her YouTube channel, Katie told her fans that the accident was ‘the most painful thing ever’.

‘Silly me, at my age, should calm things down. Basically, silly little accident. I was running and jumped over a wall, as it was a little shortcut, and didn’t really judge the height,’ she explained.

‘I just sort of fell funny on my ankles and I fractured the hairline on my heels and stuff. The hospital here wanted to operate and wanted to put pins in and stuff. Because I’m away, I’d rather wait until I get home.’

She continued: ‘It’s the most painful thing ever. Like when I was trying to put the cast on, I was screaming in pain. They said I won’t be able to walk for three to six months.’

Last month, Katie was branded an ‘exceptional mother’ by viewers after her BBC documentary Katie Price: Harvey and Me first aired.

The hour-long film followed the model and Harvey, 18, on their journey to find him a residential college.

Harvey was born with septic optic dysplasia, a rare disorder that affects brain function, hormones and vision, and affects one in 10,000 births.

Not only did the documentary show Harvey and Katie as they explored the options of further education colleges, but it also unveiled their day to day lives.