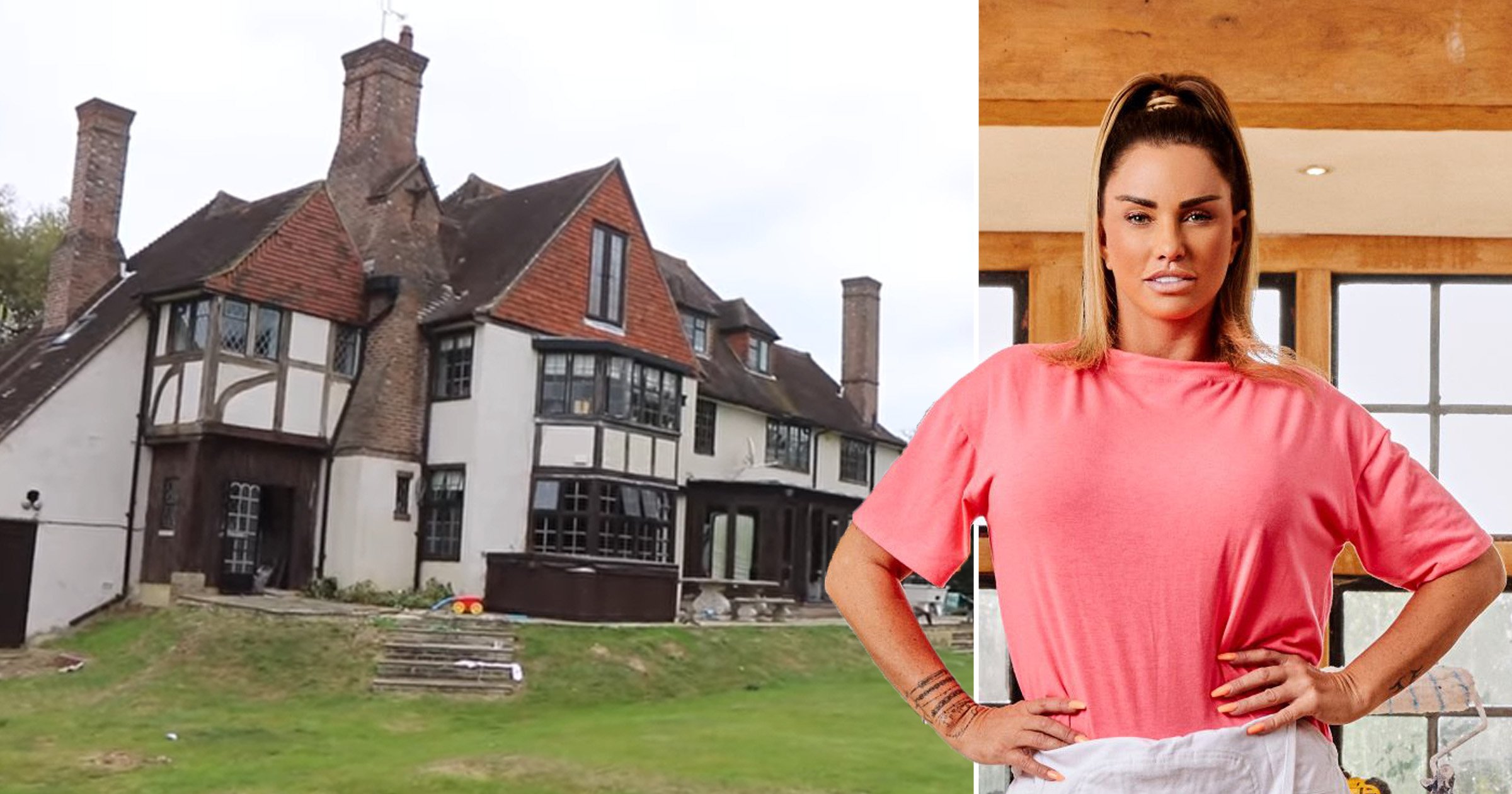 Katie Price has reportedly been told her house, dubbed the Mucky Mansion, has lost £1million in value after it fell into disrepair.

The home, which she bought in 2014 from former Cabinet Office Minister Francis Maude, cost her £2million but a string of disasters over the past couple of years have left it a shell of its former self.

Since Katie, 43, moved out of the house it has been hit with fly-tipping and burglaries, including one where the intruders left taps on, causing the ceiling in her kitchen to collapse.

A source told The Sun: ‘Katie knew it was in a bad state, but when she found out it’s now worth less than a million – half it’s original value – while filming the new show, it was a real shock.

‘She’s going to do everything she can to get it back to it’s former glory and make it worth something again. It’s a real disaster for her.’

Katie previously revealed on her YouTube channel: ‘This is my house that I don’t live in at the moment because of all the fly tipping that was done.

‘Everything was stolen, it was burgled twice in a row and my ceiling has collapsed where they left the tap on.

‘I hate it, I just hate it. It looks ransacked. I can’t live in a place like this, this is what someone did to my house deliberately. It’s so disheartening that it’s like this.’

While the property’s value may have plunged in its current state, Katie is working on restoring it to its former glory with her new Channel 4 show, Katie Price’s Mucky Mansion.

In teaser clips from the show, which airs later this month, Katie is seen getting stuck in to help with the repairs herself – with varying results.

She is seen heading up to the roof on a cherrypicker to help replace a chimney pot, but manages to drop the heavy ceramic pot off the chimney stack, hitting the roof on the way down and knocking off a gutter, causing more damage.

The mum-of-five has previously said she wants to get the home back to a liveable state so she and her kids can one day move back in.