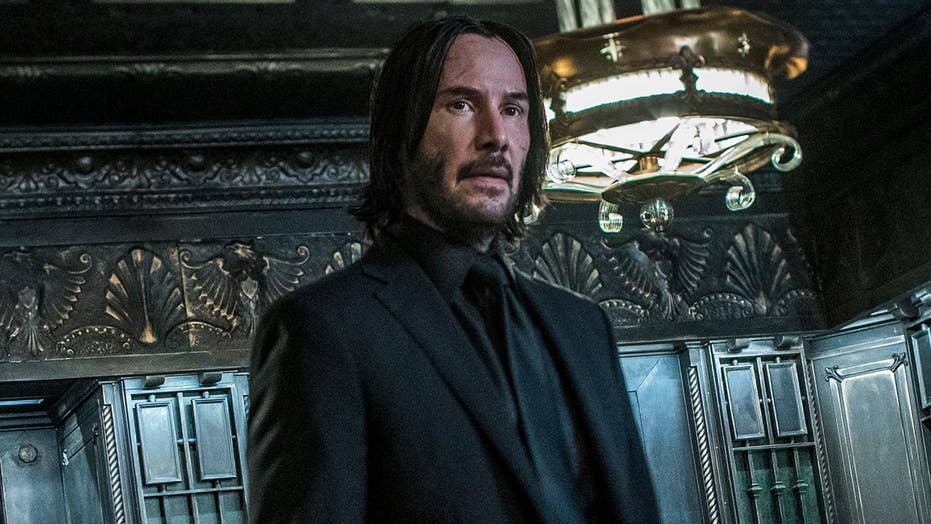 Keanu Reeves is being praised on social media for how he takes photos with his female fans.

The "Matrix" actor has been doing tons of press lately for his latest action movie, "John Wick 3," his cameo in "Always Be My Maybe," and will also be in the highly-anticipated "Toy Story 4," voicing a new character, which means more photo ops and meet-and-greets with his admirers.

Photographs are being shared online of the 54-year-old standing and posing with female fans and his various female co-stars and nothing, at first, seems out of the ordinary. Except, when taking a closer look, one can observe that Reeves never touches any of the women in the pics.

"It's not about not taking chances, it's about being considerate and respectful, qualities that Keanu carries in spades," a fan wrote on social media.

Echoing that, another fan said: "He's respectful. This should be how it's done unless ya know the woman doesn't mind being touched. Keanu should inspire us all."

"He's being respectful and I'm here for it!!" a third person wrote.

Meanwhile, critics online are saying that they believe Reeves isn't placing his hands on the women in order to avoid accusations of inappropriate behavior. One person wrote, "He's being smart … better safe than sorry."

Another wrote, "He's trying not to catch a sexual assault charge since even a hug can get you to that point these days."

"I don't think embracing someone asking to take a picture with you is disrespectful, in theory. But choosing to still respect their personal space is smart because it is thoughtful," another use argued.

While, someone else agreed: "Perhaps Keanu recognized that not one of these women gave him their consent to touch him and I don’t know, he respected their bodily autonomy. Keanu showing everyone how to be respectful might be a potential takeaway as well."