Kelly Clarkson is in the middle of a messy divorce from her husband of seven years, Brandon Blackstock. The Voice coach filed for divorce in June 2020, and ever since they’ve been in proceedings over everything from their prenup to child custody.

But Clarkson isn’t the only superstar who has dumped Blackstock. Blake Shelton has reportedly sided with Clarkson in the dispute and has fired his longtime manager. 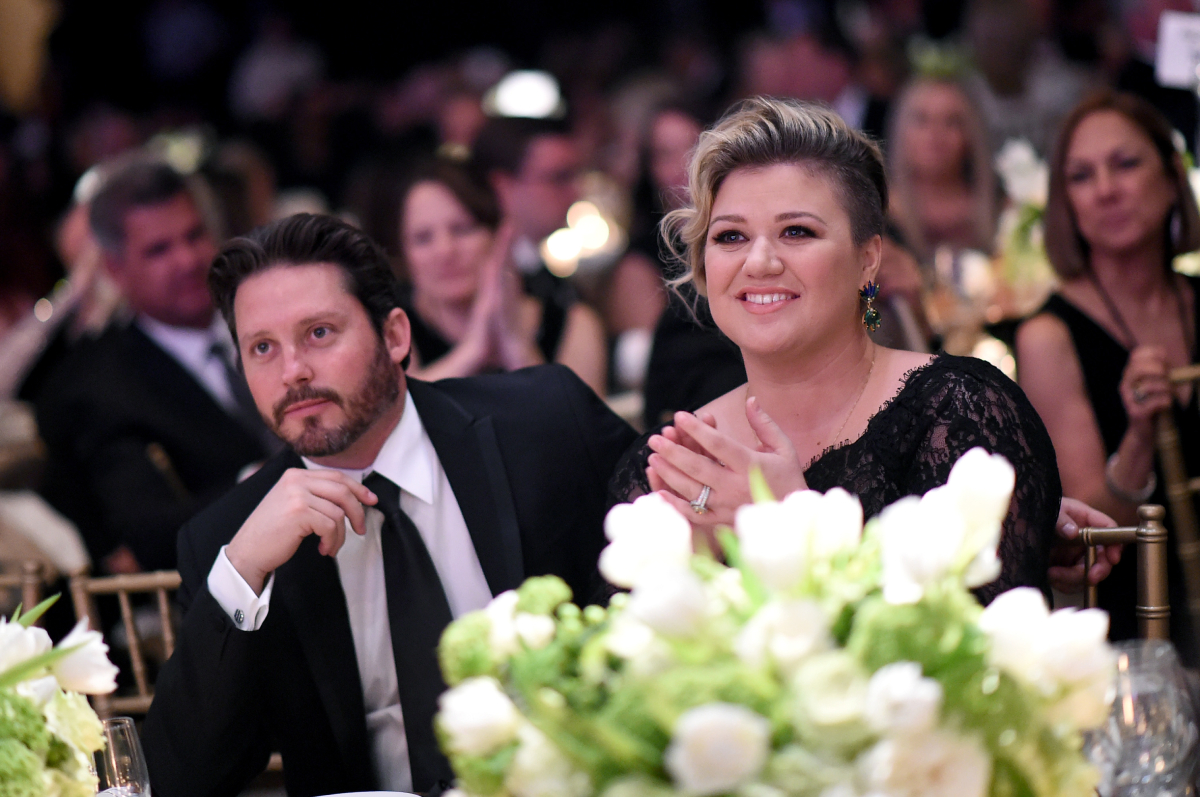 Shelton and Clarkson started working together on The Voice during season 14 back in 2018. But their relationship goes back much further. According to Pop Culture, the music superstars have been friends for years, and it was Shelton who encouraged Blackstock to propose to Clarkson.

“I told Brandon, ‘Man, you need to grow up and you figure out that you need to marry this girl,’” Shelton told Hollyscoop in 2012. “I am going on the record saying, I will do the music at the wedding or whatever you want to do, I’ll be that guy … cause you need to get your head out of your ass and ask that girl to marry you.”

Clarkson and Blackstock announced their engagement in December 2012

Blackstock is the son of Clarkson’s longtime manager and Reba McEntire’s ex-husband, Narvel Blackstock. Clarkson and Brandon Blackstock announced their engagement in December 2012, and they tied the knot less than a year later.

The Because Of You singer has made it clear that she won’t be saying much publicly about her split because of their kids. But, she did tell guest Willie Geist on The Kelly Clarkson Show back in September 2020 that her life “has been a little bit of a dumpster” since her split from Blackstock.

“I don’t know how people go through [divorce],” she admitted, “without having some kind of outlet because it is the worst thing ever for everyone involved.”

According to Us Weekly, Blackstock has essentially left the music behind in recent years and hasn’t been doing his job as Shelton’s manager. At the same time, Shelton and Clarkson have grown “extremely close,” and their friendship and bond “goes beyond the business.”

This made it pretty easy for Shelton to choose sides in the divorce, and he reportedly dumped Blackstock for good. According to Radar Online, Shelton has informed Blackstock that he is finding new representation and he has terminated their management agreement.

“Brandon has no involvement with Blake’s management. His full-time job is no longer in California,” a source dished.

Throughout the divorce proceedings, Blackstock has been fighting the prenup that he and Clarkson signed before their wedding. He wanted it thrown out, but the judge recently ruled that it was a valid prenup that would be enforced.

The singer will get to keep everything she earned during the marriage. And the terms will trump the court-ordered temporary spousal and child support of $200,000 per month that Clarkson was paying Blackstock.

The prenup covers everything from child support to how they will split up the homes and property that they share. And this could cause problems for Blackstock’s new career plan. In the divorce proceedings, it was revealed that Blackstock has decided to make a major life change and become a rancher in Montana.

The court order said that Blackstock “made a very deliberate choice to change his life and become a rancher full-time. Respondent testified that he works full-time on the ranch and his future plans involve sponsoring rodeos on the ranch and working full-time as a rancher.”

However, the prenup ruling means that Clarkson owns the Montana ranch. And, she hinted that she could be putting it up for sale when she described it as a “financial burden.”