Kim Kardashian is in good spirits less than a week after she filed for divorce from Kanye West. The mom of four is front and center in a new video with BFF La La Anthony and her hairstylist Tae — and she’s never looked better!

Kim Kardashian is making dreams come true while the ink dries on her divorce papers. The SKIMS founder, 40, checked off celebrity hairstylist Tae‘s bucket list when the two met in person for the first time on February 23. Tae is a personal hairstylist to Kim’s BFF La La Anthony, who introduced the pair when Kim visited her on the set of a “secret project.”

In a video that has since been shared by Tae and La La, Kim can be seen hugging the hair guru from behind, while saying, “Dreams really do come true!” — referencing Tae’s longtime wish to meet the mother of four in person.

“This was @arrogant_tae123 wish. All he wanted to do was meet @kimkardashian so I surprised him today!!”, the Power actress wrote on Instagram, alongside the clip. “Love u Tae. Love seeing u smile so BIG,” she added. Meanwhile, in the comments, Khloe Kardashian wrote, “I love your smiles!!!!”, with a bunch of red heart emojis. Singer Monica added, “Soooooooo sweeeeeeet @lala”.

Tae, who’s likely still starstruck over meeting his idol, shared, “Yoooo My La IS THE F**KING BEST”. He added, I’m soooo f**king HAPPY That I finally got to meet my f**king FAVORITEEEE @kimkardashian. I’m sooo happyyyy”. 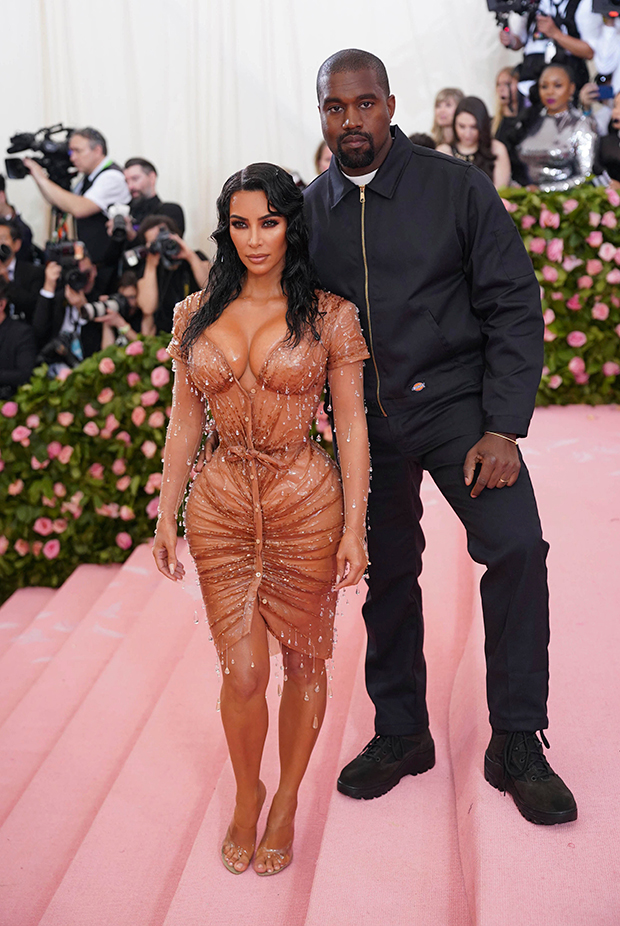 Kim’s latest outing comes just days after she filed for divorce from Kanye West, 43, on February 19, after nearly seven years of marriage. The rapper, for his part, was seen without his wedding ring on February 23, while visiting his Yeezy Academy in Los Angeles, CA. Ye’ has yet to publicly address his wife’s divorce filing.

The estranged couple, who shares four kids together — daughters North, 7, and Chicago, 3, and sons Saint, 5, and Psalm, 1 — do not have a concrete custody agreement in place. According to the TMZ, which was first to report the divorce news, Kim requested joint legal and physical custody of their kids. The outlet reported that Kimye have a prenup, which neither star has contested. A date of separation between the former power couple, who’s reportedly having an
“amicable” split thus far, is unclear.

“Kim felt she tried everything to make the marriage work and Kanye was refusing to get the help she requested which was the final straw,” a source told HollywoodLife, exclusively — referencing the rapper’s struggles with bipolar disorder. “She and Kris too even tried to get him to go to counseling and offered support as best she could and he kept refusing,” the insider revealed, noting that that was the “last straw” for Kim in attempting to save her marriage.

The filing came as no surprise to many, seeing as Kim and Kanye’s marriage had been on the rocks for months. After Kim’s 40th birthday, it seemed as though she had taken time apart from the rapper, who retreated to his Wyoming ranch, where he owns a home and acres of land. As rumors about the Kimye’s troubled marriage continued to swirl at the end of 2020, Kim began stepping out without her wedding ring — as well as ditching the massive diamond in social media posts.

The divorce reports only flourished when Kim and Kanye spent the holidays apart. She celebrated Christmas Eve at her sister Kourtney Kardashian‘s home in Calabasas, CA, while Ye’ remained in Wyoming. To boot, Kimye haven’t been photographed together since last October.