After a troll insinuated Kourtney Kardashian’s new romance with Travis Barker is affecting her style, the ‘KUWTK’ alum said she’s been dressing like a rockstar for years.

“Feeling left out, send me over a [Tequila 818] on the rocks with lime,” Kourtney Kardashian posted on May 23, referencing the party her sister, Kendall Jenner, threw to launch her new spirit line. In the photo at the front of the Instagram gallery, Kourtney, 42, stands next to a bar. The mother of three rocks a fur-lined coat, a pair of ripped jeans, and a yellow silk cami with black lace. Many complimented Kourt’s outfit, but one troll said, “and her style begins to change,” suggesting she suddenly altered her entire persona due to her new romance with blink-182 drummer Travis Barker. Kourt was quick to clap back. “This picture is from 2019, but okay [kiss emoji.].”

So, there you go. Kourt can look like a rockstar without help from a man, thank you very much. Speaking of which, Travis had a gig in Vegas (it appeared he was filming a video of some sort), and Kourtney had tagged along to support. Kourtney captured Travis in action as he drummed along to a track and posted videos to her Instagram Story. She also shared a post of her rocking a pair of Converse All-Stars. “Casual Vegas,” she captioned the pic. 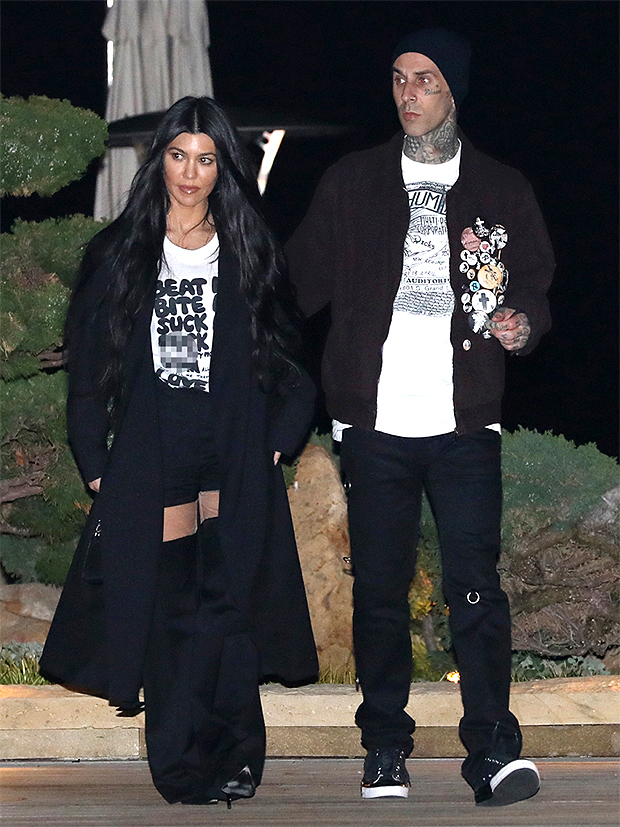 While that troll has accused Kourt of changing herself up due to Travis, one could say it’s the other way around. Travis is the one who got Kourtney’s name tattooed on his chest, just two months after they went public with their romance. That’s also not the only Kourt-related design he’s gotten – he even had her tattoo “I Love You” onto his right arm. Granted, Travis isn’t dressing in SKIMS or making the trademark Kardashian selfie face, but getting permanently inked seems more serious than switching out the clothes in his wardrobe. 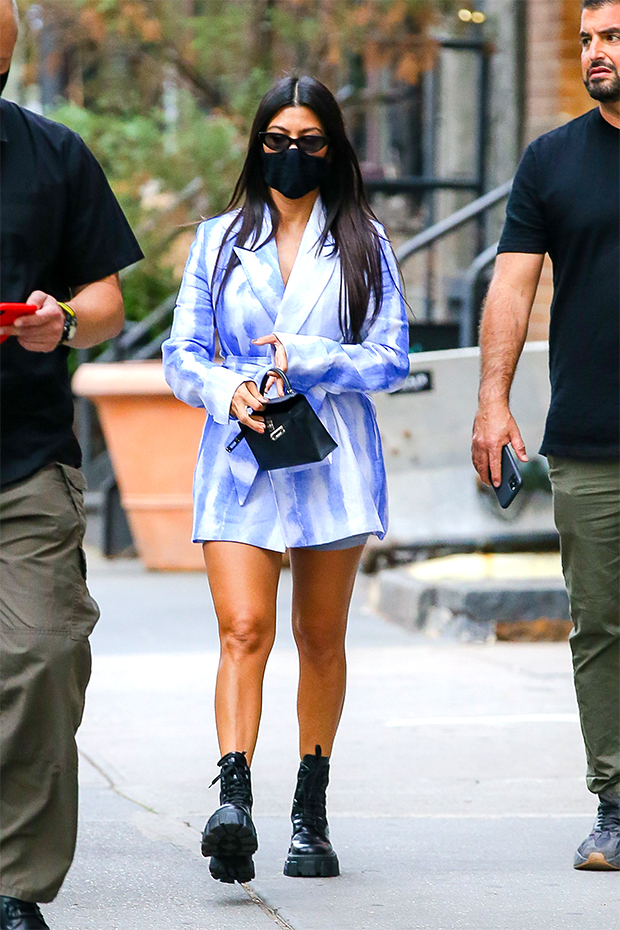 Travis seems rather serious about this relationship if the multiple tattoos didn’t drive that point home. Days before Kendall Jenner’s star-studded launch party (and Kourt’s “feeling left out” post), Travis took the POOSH founder to Disneyland, along with their respective kids. Travis shared a few photos from the trip, including one of him holding Kourt’s hand while on a carousel. “Happiest Place On Earth,” he captioned the gallery. Kourtney chimed in, commenting, “Happiest [heart emoji].” “With the love of my life,” added Travis.