It’s no secret that the Kardashian-Jenners are huge car lovers. Over the years, each member of the famous bunch has dished out thousands — sometimes even millions — of dollars on luxury vehicles to add to their impressive garage line-up. Though the reality stars are big fans of expensive and stylish rides, they all have a deep love for one car brand, in particular: The Rolls-Royce.

And seeing as the family loves Rolls-Royces so much, it shouldn’t come as a surprise that the Kardashian matriarch, Kris Jenner, just got her hands on the latest model.

How the Kardashian-Jenners made their millions

It wasn’t that long ago that the Kardashian-Jenners were just a regular family from California who were on the rise to becoming well-known reality stars. Now, the close-knit bunch are among the world’s most famous families and have completely taken over the reality television and social media realms.

With momager Kris Jenner overseeing the family’s entire empire, the KarJenners have gone on to create their own brands, grow their individual wealth, and become moguls in their own right.

Kim Kardashian West currently owns her own shapewear and makeup lines, which generate millions of dollars each year. Kendall Jenner is one of today’s highest-paid models. Kourtney Kardashian runs the lifestyle brand Poosh. Khloé Kardashian co-owns a clothing brand, and Rob Kardashian is the founder of his own sock company. As for the youngest sibling, Kylie Jenner, she owns the uber-successful cosmetics company, Kylie Cosmetics.

The Kardashian-Jenner are known fans of Rolls-Royce cars

With each of the Kardashian-Jenners running their own companies, taking on multiple partnerships, and being social media moguls, the family is beyond wealthy.

Each member has a net worth in the millions, and with all of the hard work they’ve each been putting in over the years, the money continues rolling in.

Given they have so much money to their names, it isn’t surprising that the family often treats themselves to luxurious purchases. Not only are they known for splurging on lavish mansions, designer clothes, and expensive jewelry, but the family also spends their budding fortune on luxury cars.

From Bugattis and Mercedes-Benzes to Ferraris and Lamborghinis, each of the KarJenners has their own collection of expensive and luxurious cars, which they often show off on social media.

But despite the family’s love of pricey automobiles, there’s one brand that each member has a unique affiliation to — and it’s the Rolls-Royce.

Kris Jenner is the first U.S. owner of the brand new Rolls-Royce Ghost

Though Rolls-Royces come with hefty price tags, the family clearly doesn’t mind dishing out however much money they need to get their hands on new models.

Take Kris Jenner, for instance. She recently treated herself to a brand new 2021 Rolls-Royce Ghost, which has a starting price of $332,500. 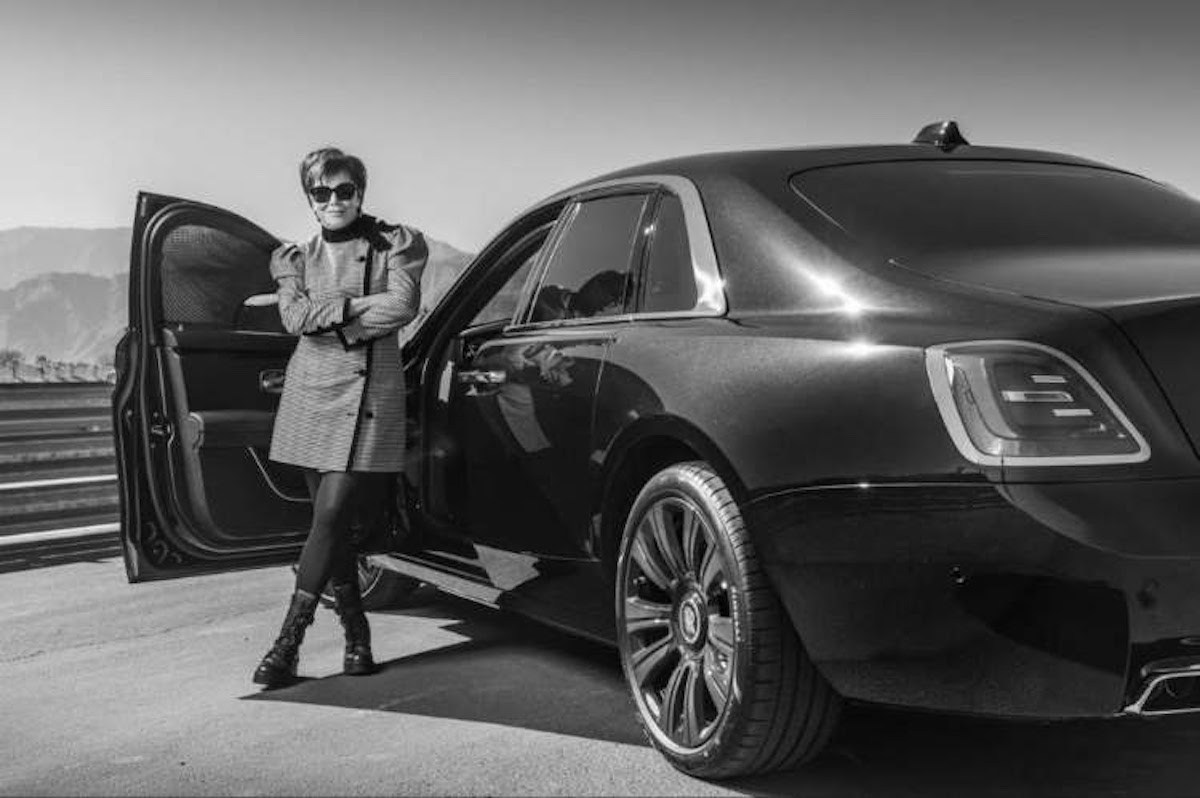 Though there aren’t too many people who would spend that amount of money on a car, Jenner didn’t have a problem treating herself to the hottest vehicle on the market.

Though she is now the proud owner of a brand new Rolls-Royce, having the latest model isn’t the only thing that made this purchase worthwhile.

In addition to her latest treat being the most technologically advanced Rolls-Royce yet, Jenner’s new car is also the first of its kind to land on American soil, making her the first official U.S. owner of the luxurious model.