Model Victoria Vanna alleges that she was ‘bullied’ on the set of Tyga’s ‘Ice Cream Man’ back in 2005 by Kylie Jenner and her friends.

Kylie Jenner, 23, has responded to allegations of bullying in 2015 — stating, “this never happened.” The makeup mogul left a comment on Instagram in response to the claims made by model Victoria Vanna, who appeared in a video with Kylie’s ex-boyfriend Tyga for “Ice Cream Man.” Vanna alleges that Kylie, along with friend Stassie Karanikolaou and former BFF Jordyn Woods, made fun of her dance moves.

‘”As soon as I walk out, she’s looking at me up and down, whispering and pointing and making fun of how I was dancing,” Victoria said via her TikTok video, going to add that they specifically made jabs at how she was “bouncing” her “booty.” She went on to say they were, “like just making fun of me, clearly” despite the fact she was “full-on crying.” In the video, Tyga raps seductively about sex as ice cream serves as a visual metaphor. Various models lick ice cream cones in scenes, later dancing around an outdoor ice cream truck.

“I decide that I’m gonna go outside…So I go outside, and Kylie and all of her friends came outside, too,” Victoria went on. “And they went to her Rolls-Royce. I remember it was a white Rolls-Royce in the parking lot. It was almost like they were following me. And they were all in there eating McDonald’s. And then I was walking by, and I could just hear them. Inside, they were literally pointing and laughing at me. And then I walk outside, and they’re literally still talking abut me,” she explained. 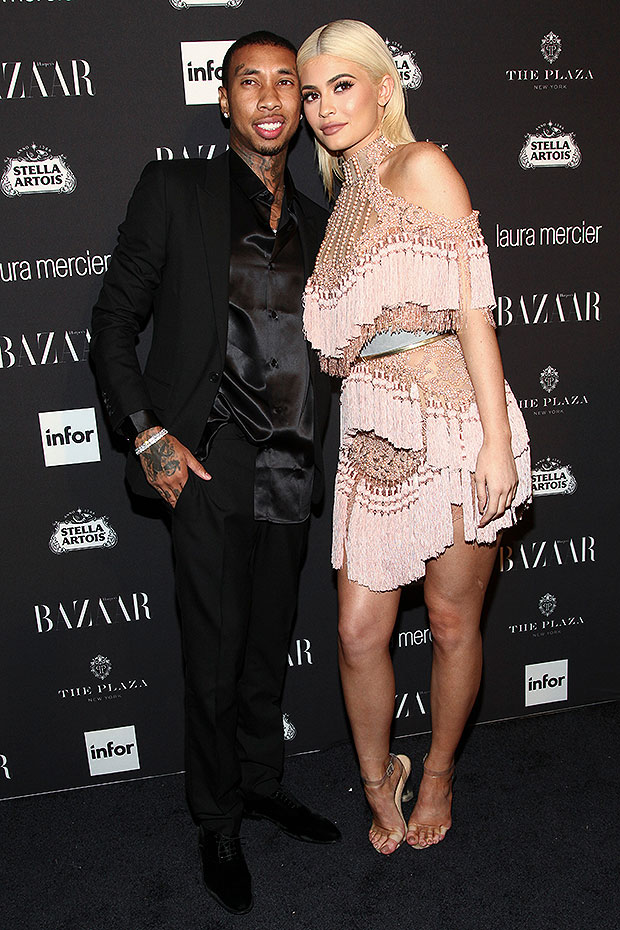 Looking back, Victoria reasons that Kylie — who was just 18-years-old at the time the video premiered in Oct. 2018 — was perhaps “intimidated” by her. “Everybody told me not to worry because she was a b—- to everyone when she was in places… and even Tyga’s friends told me she just was intimidated,” Victoria said in the video.

Kylie and Travis dated on-and-off for four years between 2013 and 2017. Kylie herself appeared in one of Tyga’s videos from the same time period for “Stimulated.” In the video, she is seen walking in a suede pair of Louboutins and skinny jeans as she carries a camel colored Hermés Birkin bag. She later shares an intimate moment with Tyga as they enjoy a scenic view from a massive Los Angeles area mansion. Shortly after her split from Tyga, she met Travis Scott, welcoming their daughter Stormi, 3, in Feb. 2018.