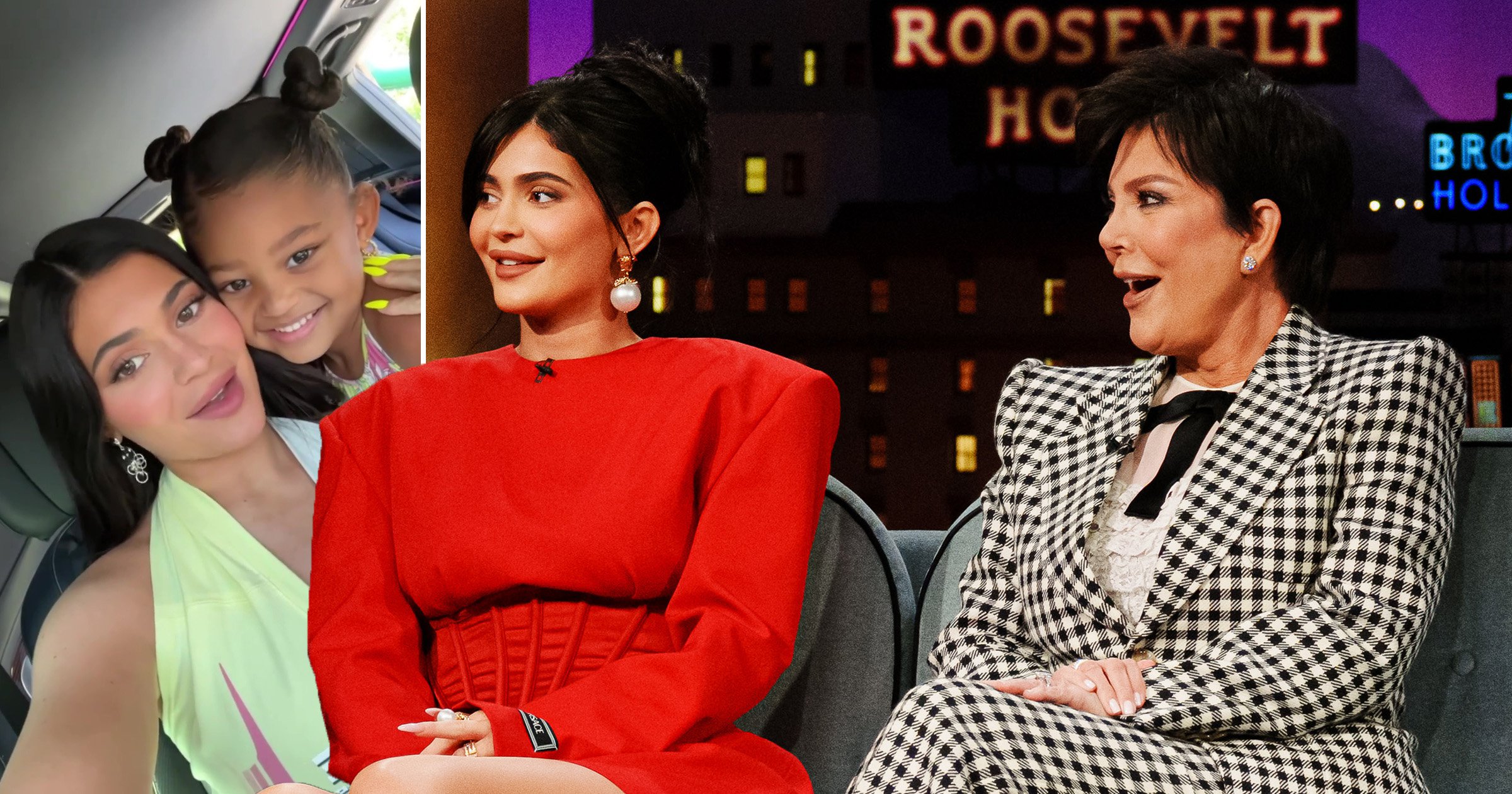 Kylie Jenner revealed her mother Kris Jenner was extremely hands on during the birth of her daughter Stormi – literally ‘taking her out of the vagina’ when she was born.

The make-up mogul, 25, revealed that her momager Kris, 66, was on hand to deliver her first child, daughter Stormi, now four, in 2018.

During an appearance on The Late Late Show this week, Kylie shared the tale of how her first baby was brought into the world.

She told James Corden: ‘You know, she delivered my first child. [She] fully took my baby out of the vagina.’

Kris then confirmed: ‘Yup, I delivered Stormi. I had scrubs, I had gloves, I scrubbed up, I was sterilised, and I pulled that baby out of my child.’

While that might be a bit close for comfort for some people, Kylie loved having her mother – who has six children of her own – on hand to help her birth her first child.

Not only can this momager do business, but she can also deliver babies ð¶ð¼ pic.twitter.com/1FoSEMLCkA

She explained: ‘[She’s] really great. She’s calm, she’s had six kids. I wouldn’t want to have anyone else by my side.’

While Kris played midwife for Kylie’s first baby – albeit in a hospital with medics around in case of emergencies – she took a less central role when Kylie’s second child was born.

Kylie revealed: ‘She was the videographer the second time around.’

The businesswoman also revealed that her seven-month-old son, who was initially called Wolf, still doesn’t have an official new name.

After he was born, Kylie and boyfriend Travis Scott revealed they had called him Wolf, before quickly confirming that they had changed their mind over what to call the newborn.

Kylie told James: ‘We haven’t officially legally changed the name. His name is still Wolf, his passport is Wolf, but that isn’t gonna be his name. We’re just waiting…’