In the photos, the mother-of-one was seen wearing a Handmaid’s Tale costume featuring a white bonnet and a red cloak dress.

Ditching the standard birthday proceedings, Kylie decided to throw her BFF a Handmaid’s Tale-inspired bash, which featured a red marquee, handmaids costumes, “under his eye tequila” and “praise be vodka”.

Along with the attendees, staff at the party also wore Martha costumes emblazoned with the quote “may the Lord be open”, along with other phrases coined from the popular Hulu show.

However, fans were left furious due to the show’s narrative.

Margaret Atwood’s bestseller is centred on a totalitarian society which is ruled by a fundamentalist regime that treats women as property of the state. 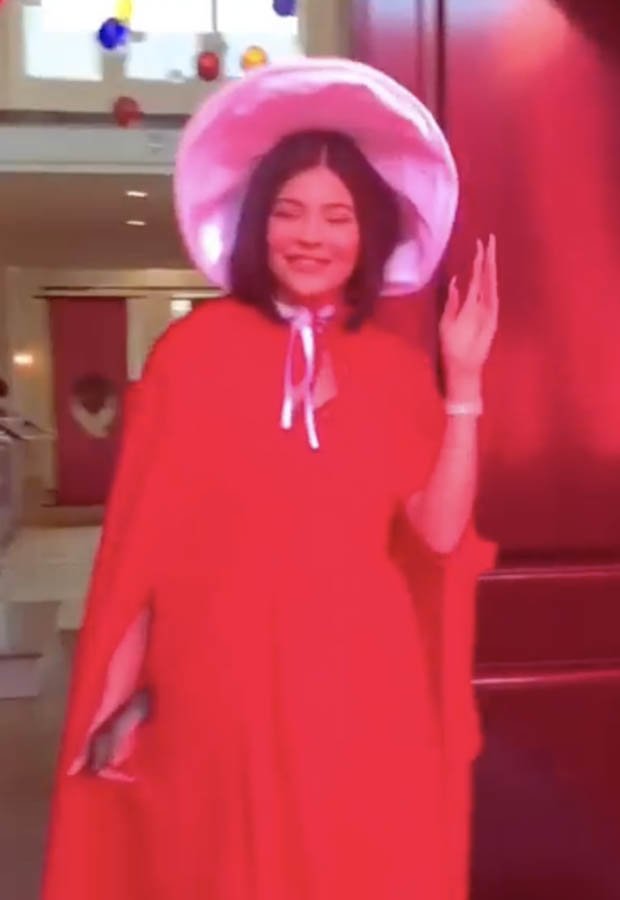 In a desperate attempt to repopulate a devastated world, the few remaining fertile women are forced into sexual servitude against their own will.

Fans were left furious at Kylie’s questionable theme, with many labelling the party as “tone deaf” and “very, very disturbing”.

One user wrote: “Kylie Jenner hosting a Handmaid’s Tale-themed party when the rest of us are literally living in a women-hating theocracy government feels tone deaf as f**k? 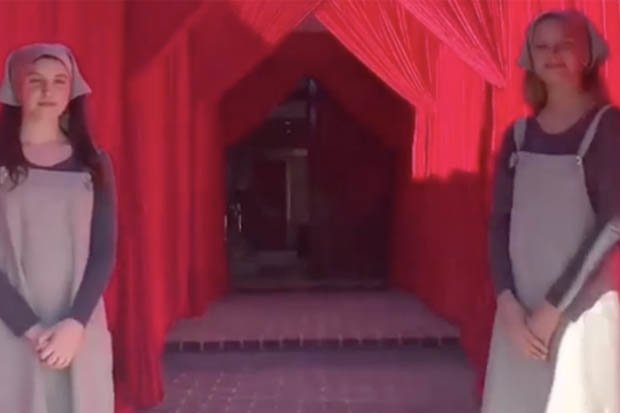 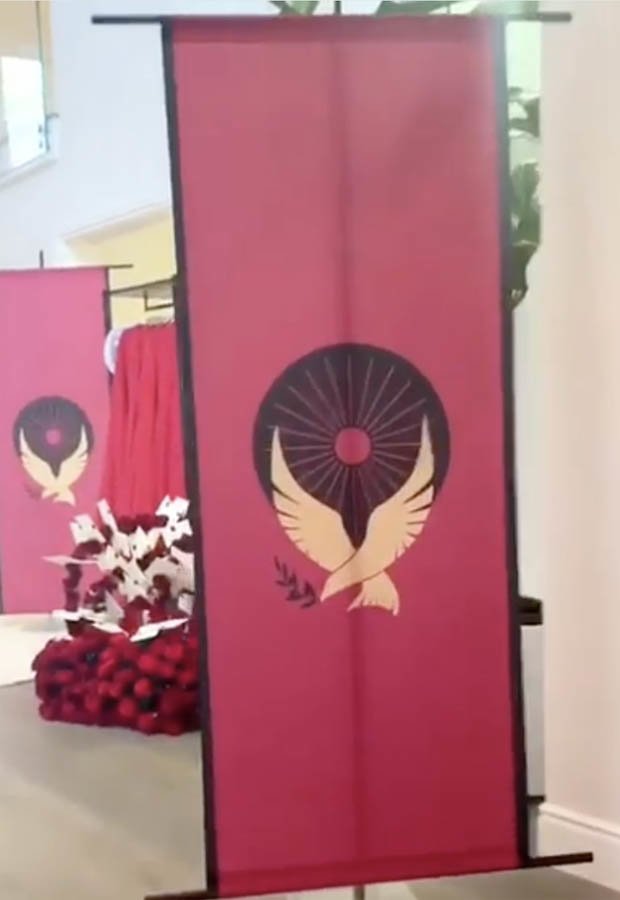 Another put: “Why is Kylie Jenner having a Handmaid’s Tale party. She does realise it’s about rape and oppression, right?”

While a third said: “Not that I had any before but Kylie Jenner just lost all of my respect and business. The Handmaid’s Tale is not a joke or laughing matter. It is about the rape and oppression of women and it is happening right now in America. I have never witnessed this level of ignorance in my life.”

And a fourth was in agreement: “Kylie Jenner throwing a Handmaid’s Tale party is very, very disturbing I don’t like that. It’s a no for me sis.”