In just a couple years, Lala Kent’s gone from making bottles for herself to making them for her daughter, Ocean. The Vanderpump Rules star and her fiancé, Randall Emmett, welcomed their first child together in March and today, Lala says motherhood is her “favorite topic.”

“I think it’s nothing like I thought it would be because it’s even more incredible,” the TV personality gushes to ET over video chat while promoting her new memoir, Give Them Lala. “I’ve become a cheeseball, and I hate that and I love it at the same time. When Ocean was born, it was the best day of my entire life.”

“I’m just so happy,” she continues, getting teary eyed. Ocean came into the world nearly a month early after a difficult pregnancy, with multiple miscarriage scares.

“At my 20 week appointment, she was small and not growing,” Lala recalls. “It was very scary. I would say that from 20 weeks up until she was born, I was kind of prepared for the worst. The reason they took her early is my placenta, which is responsible for giving her everything she needs in there, was measuring more mature. So my placenta was thinking the baby’s ready to come, but the baby needed to cook longer. So the goal was just to get me to 37 weeks. And I think about my placenta and I’m like, oh my God, I’m so grateful for it, because it really plugged along to get her here at our goal. So, she came right at 37 weeks and she was a tiny little peanut and I was just so grateful that she didn’t have to go to the NICU. She was healthy. And now she’s almost seven pounds!”

Lala and Randall picked out Ocean’s unique name months before she was born, confirming to ET in September that they already locked in the monicker.

“So, Randall’s obsessed with the water,” Lala explains. “He was born in Miami and he’s a scuba diver, whatever. We’re both into the water. I’m, like, on the opposite end, I’m obsessed with it, but I don’t f**k with it like that because it’s powerful, and I don’t know where the bottom is and anything could eat me out there. So, I don’t even know why this name didn’t come up sooner. But we were in the Bahamas three years ago, I walked past this yacht and it was called the Ocean Alexander, and I was like, oh my God, the name Ocean. It has to be my baby’s name. Randall loved it and it made total sense for the name to be Ocean. So we knew that we were going to name our first baby, whether it was a boy or a girl, Ocean.”

In the short time she’s spent with little Ocean outside the womb, Lala says she’s learned a ton about herself.

“I’m strong in a way that I really didn’t think that I was,” she offers. “I used to see moms and be like, ‘Oh, that’s so cute. They’re a mom…’ and now I have a different respect for them. And I can’t believe that I embody the things that moms are supposed to. You just kind of sink into it. And I didn’t think that I had that in me.”

“I’ve been a step-mom, but it’s so different,” she adds. “Even being a stepmom, nothing could have prepared me for this level of obsession and love and just motherly instinct.”

Ocean is Randall’s third daughter. He shares London, 11, and Rylee, 7, with his ex-wife, You star Ambyr Childers.

“The 11-year-old couldn’t care less about the baby, because she just wants to talk about boys and about her friends and I get it, I’ve totally been there,” Lala admits. “And then the 7-year-old, Rylee, is beyond obsessed. She can’t get enough. So I would say we’re adjusting beautifully. For four weeks, I would say we’re actually killing it. This is a big adjustment.”

While Lala has admired Randall’s parenting skills for years as a stepmom, she says there’s something “completely” different about seeing her man with their baby.

“I’ve seen him be a dad to his two girls, but nothing compares to you watching someone who’s a great dad, like Randall, be a great dad to your baby,” she says. There is one other man Lala wishes could be in Ocean’s life, her late father, Kent Burningham, who died in 2018.

“I don’t think he would have ever been prouder of anything that I’ve ever done than becoming a parent,” Lala says, getting choked up again. “I’ve seen how my mom has reacted to me being a mom, and my dad’s more sensitive than she is. I just think he would be really proud of me. And I think that it’s important for me to attribute everything that I’m giving to Ocean to my parents. They taught me everything. So I’m extremely grateful and I know that my dad’s going to help me be a f**king awesome mom.”

Lala memorializes her dad in her new collection of essays, Give Them Lala, a memoir of sorts (if one can have a memoir at 30 years old) that she plans to give her daughter when she’s of age to read it. Inside are tales of Lala’s childhood, early start in Hollywood and, of course, her time on Vanderpump Rules, as well as darker moments in her life, like an abortion she chose to get at 22 and her battle with alcoholism. Lala’s been sober for more than two years.

“There’s nothing in there that I don’t feel comfortable with my ‘safe people’ reading, if that makes sense,” Lala says. “I know that she’ll look in there and, once she reads it, she’s going to feel even safer because I’ve been through some stuff and I can be understanding and she’s always going to be safe with me. There’s no judgment here. I mean, I’ve done some crazy s**t you can read about it.” 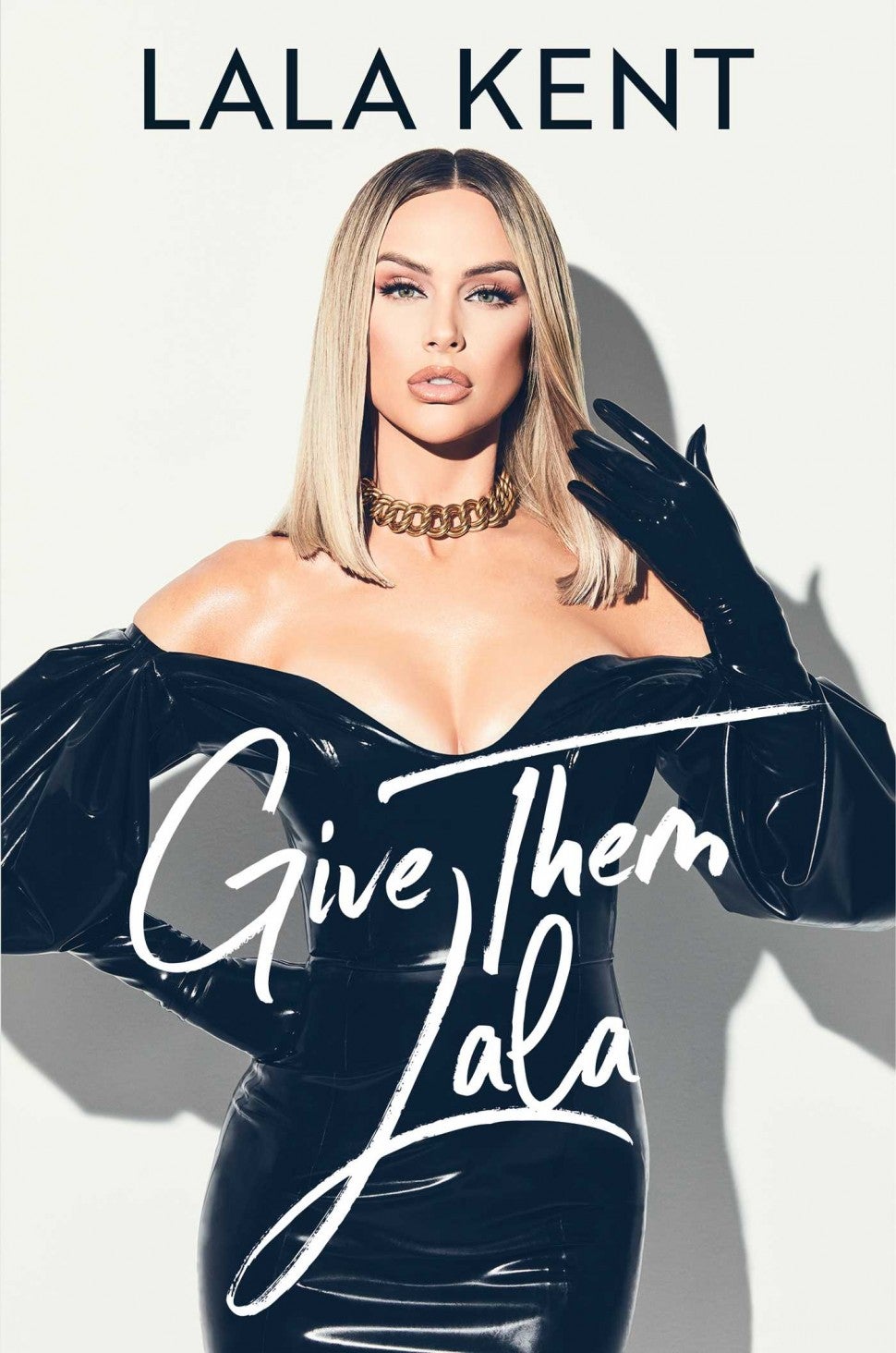 Lala is aiming to have the sort of open relationship with Ocean that she has with her own mother, Lisa Burningham, who raised Lala with a group of her best friends, who all had children around the same age. Lala and her Vanderpump Rules co-stars are in the same boat. Stassi Schroeder, Brittany Cartwright and Scheana Shay all welcomed their own babies in the last year. Some have already had their first “play dates” together.

“I’m just so excited for all of us,” Lala says. “It’s such a beautiful time in our lives, and we’re changed forever and nothing will ever be the same. When we travel, there are going to be kids at the table, you know? We’re not slamming shots, because hangovers can’t exist in motherhood. It doesn’t stop. So I just, I love the fact that Ocean has friends and I don’t have to go and like make friends with other moms that’s just built in.”

As Lala settles into motherhood more every day (and returns to filming Vanderpump Rules this week), she says wedding planning with Randall is on the back burner. The pair planned to tie the knot in April 2020, but postponed their nuptials multiple times due to the coronavirus pandemic.

“It is not even a thought right now,” she confesses. “It sounds horrible. We’re shooting for 2022, but there’s no rush. We’ve waited this long. It’s, like, whatever.”

Give Them Lala is available wherever books are sold, both in hardback and audiobook. Vanderpump Rules returns to Bravo this fall. To see more from ET’s chat with Lala, watch the video below.