In recent years, more and more mainstream celebrities have challenged gender norms with their fashion. Some fans have questioned why certain stars seem to be praised for their looks more than others, but those comparisons aren’t always wanted. Just ask Lil Nas X, whose tweet about being compared to Harry Styles expressed his discomfort.

Styles has been a fashion icon since his One Direction days (never forget his black-and-white floral suit from 2015’s American Music Awards). But more recently, he’s been praised for rocking fashion that rejects the gender binary. Over the past few years, the "Watermelon Sugar" singer has shown off painted nails, see-through tops, and so many sequins. And who could forget when Styles set the internet on fire when he sported a Gucci dress and blazer on his Vogue December 2020 cover? He delivered his most recent look at the 2021 Grammy Awards, where he had viewers buzzing over his Clueless-esque yellow blazer and purple boa ensemble.

Although the singer’s lewks have been living in plenty of fans’ heads rent-free, others have pointed out that while Styles is regularly praised for breaking gender norms, the same recognition isn’t given to stars with similarly bold fashion choices. In fact, his Vogue cover was criticized for centering a white, cisgender man in its exploration of gender-neutral fashion, when that movement was primarily started by transgender people of color. 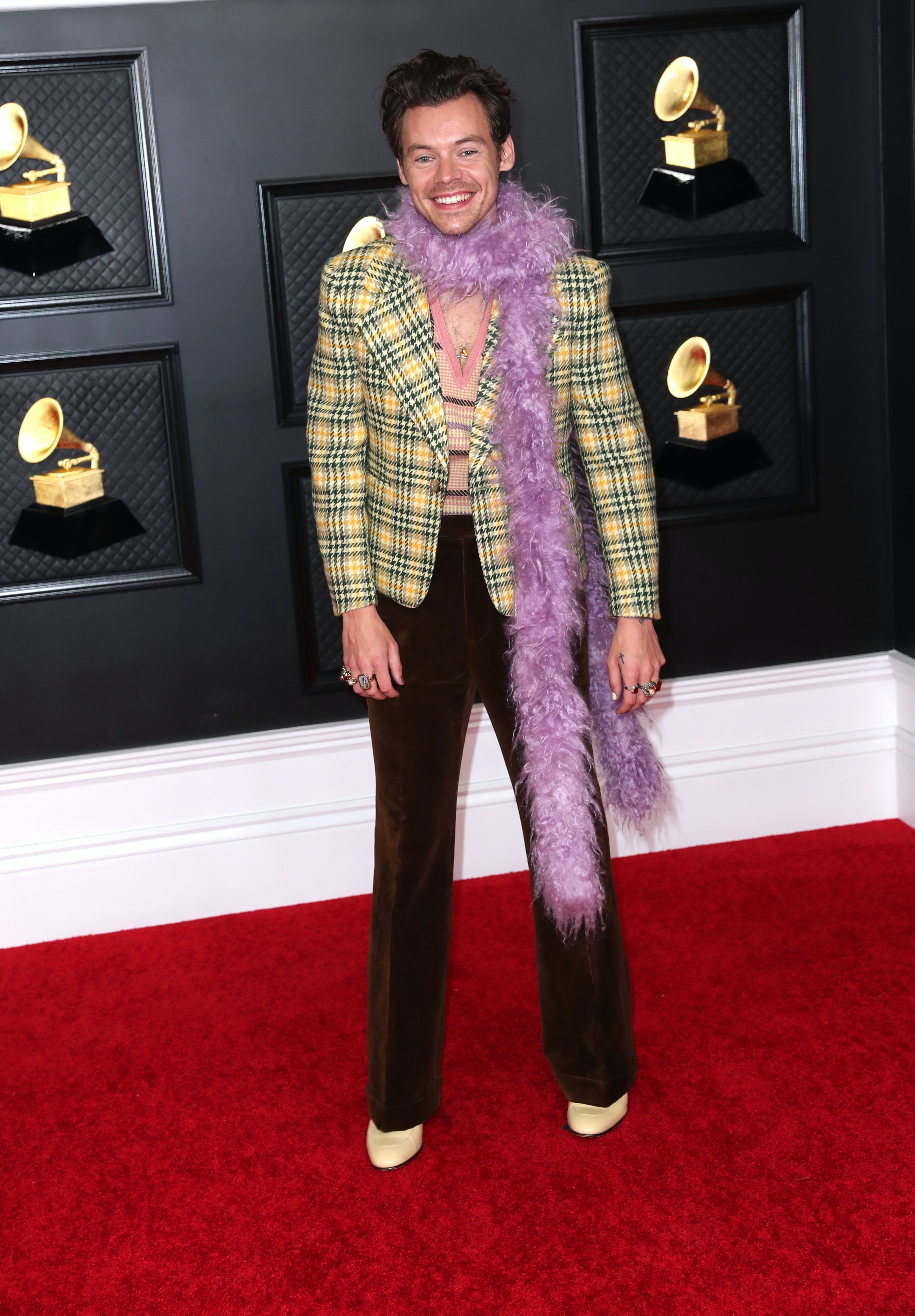 Others have noted how many Black musicians embraced gender-fluid fashion long before Styles did, without the same level of praise. Twitter users have also pointed out how Lil Nas X, who is a gay man, deserves to make headlines for his boundary-breaking looks, too.

While Lil Nas X’s fashion is iconic, he’s not a fan of people pitting him against Styles. The "Old Town Road" musician shut down comparisons in a March 18 tweet, asking fans to stop.

"Been seeing post like these lately and I wanna say stop using me as a bait against Harry Styles," he tweeted, including screenshots of tweets comparing the two. "I love Harry, if y’all FW what I wear, say it without mentioning him," the 21-year-old added.

Hopefully larger conversations about gender-neutral fashion will become more inclusive as time goes on, but at least for now, fans can anticipate plenty more legendary Lil Nas X bops and red carpet looks in the years to come.