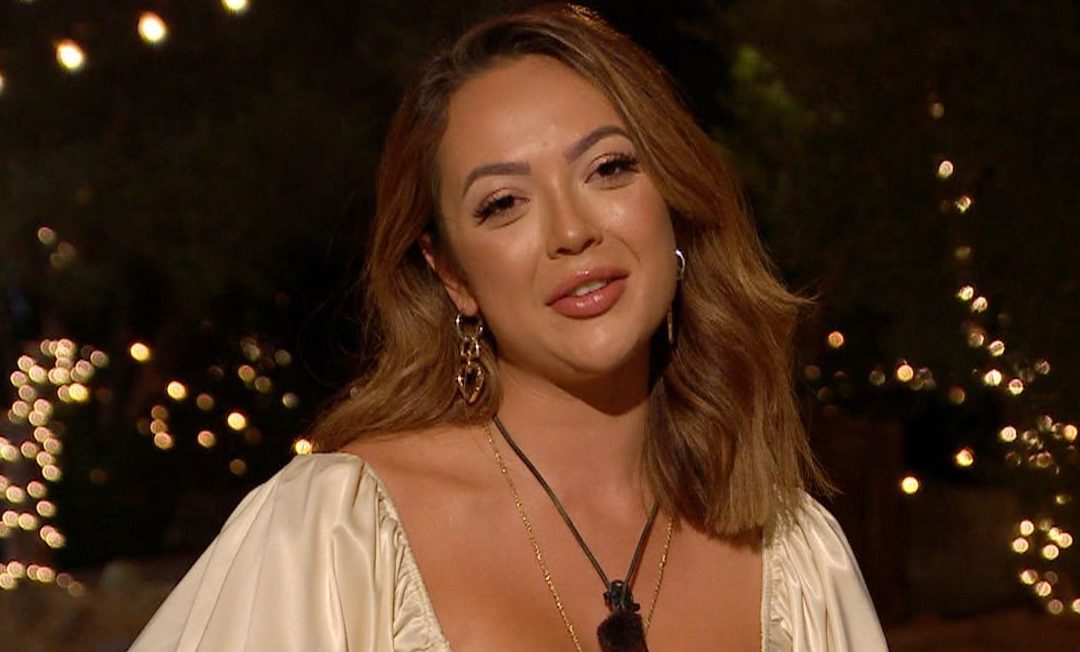 Sharon Gaffka has recalled the terrifying night she was spiked on a night out in London.

The 25-year-old Love Island star, who appeared on the latest series of the ITV2 dating show, shared her story to encourage other women with similar experiences to speak out.

Writing for Grazia magazine, Sharon revealed that she was rushed to hospital in an ambulance on her first night out when pubs reopened after lockdown in July 2020, but had to fight to be taken seriously by paramedics and doctors.

‘I experienced something that will alter my behaviour forever’, she wrote.

‘I didn’t leave the restaurant in an Uber like a normal 24-year-old woman who had one too many wines with dinner, but an ambulance.’

She said her friends found her ‘passed out in a toilet cubicle, in an uncompromising position, after bumping my head on the toilet, barely breathing with my eyes rolling into the back of my head’.

Sharon knew her limit with alcohol, and neither she nor her friends could understand how this had happened.

Her friend, a junior doctor, had to plead with paramedics to take her to hospital rather than drop her home like she was ‘someone who had sought to waste valuable NHS time and money’.

Sharon said she ‘cannot fathom’ how she was ‘dismissed’ by the NHS, and felt she was being treated as though she had been ‘irresponsible’ with her drinking rather than the victim of a crime.

After being brought to hospital, she was ‘discharged without papers and [had] no memory of treatment received or what happened to me’, but a friend was thankfully there to bring her home and spend the night with her.

‘I remember feeling mortified when I called up the hospital to find out they detected something in my bloodstream, causing unconsciousness’, Sharon wrote.

But, despite having been in hospital, she had not been tested for date-rape drug GHB: the hospital said she would have had to go to the police and request to be tested for the drug.

‘I was barely able to tell a junior doctor my name, how could I possibly know what to do?’ Sharon continued.

Sharon argued it is time for a ‘standard procedure’ to be introduced for what to do when a woman is suspected of having been spiked; she pointed out that website Drinkaware gives plenty of advice on how to try and avoid being spiked but very little on what to do if you have been a victim.

Reports of spiking have grown exponentially in recent years, and Sharon says ‘we have allowed such heinous crimes to continue so much that they have now graduated from a little drug in my drink to numerous reports of young women being injected on nights out’.

The Young Women’s Trust ambassador admitted she ‘had to stop to cry numerous times just to get through writing this piece’, and asked: ‘How big does the number have to get before we see action?’

Worryingly, Sharon said this was not her first time being spiked, and she ‘wouldn’t bet [her] house’ that it would be her last.

The reality star penned the article in support of the Girls’ Night In protest, which began this week.

The protest comes in the form of a nationwide boycott of nightclubs and late bars in response to the recent rise of spiking, as well as the horrific murders of Sarah Everard and Sabina Nessa.

The student-led campaign urges people to join organised protests and plan house parties or nights in rather than going out to pubs or clubs, to pressure venues to do more to protect women from the ‘epidemic’ in spiking.

Just last week, Loose Women panelist Brenda Edwards spoke out about her own experience being spiked on a night out.

Then 19, Brenda had not been drinking alcohol but out of nowhere she ‘blacked out’.

Despite the frightening ordeal, Brenda said she was ‘wary’ about saying anything at the time ‘because I don’t have any proof [or] evidence’.

More protests as part of the Girls Night In campaign are planned in the coming weeks.