Luke Evans shows off ripped abs on the beach in Miami 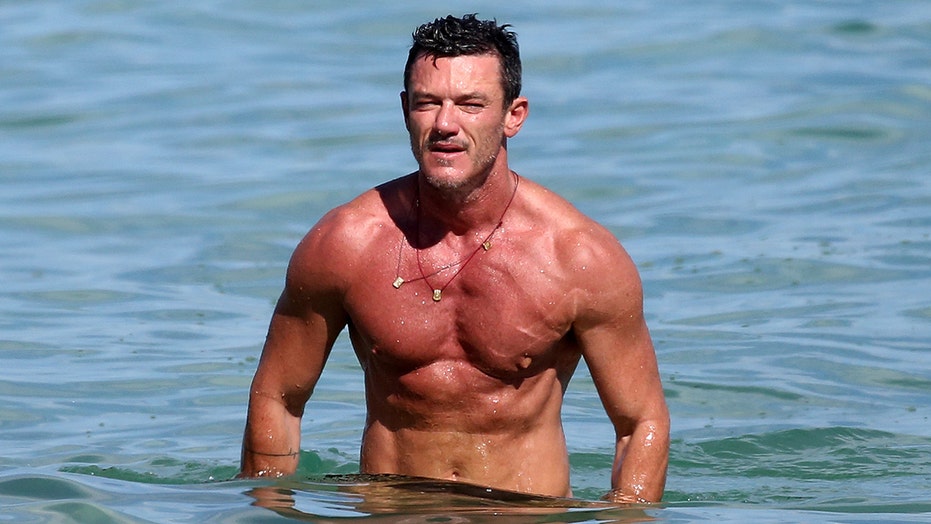 Luke Evans sent pulses races as he enjoyed a beach day while on vacation in Miami, Florida.

The Welsh actor, 42, proudly showed off his impressive abs and ripped arms while walking out of the water in teeny-tiny swim briefs.

Evans started his transformative fitness journey in 2020. He documented his new physique on Instagram back in March writing, “8 months of work but I got there. June 2020 – February 2021.”

He added, “I won’t bother putting statistics as the judges will only judge.” Evans started working out at home during lockdown but now is back in a professional gym.

“When I’m training hard the diet is miserable,” the “Nine Perfect Strangers” star revealed during a 2014 interview with Men’s Health U.K. 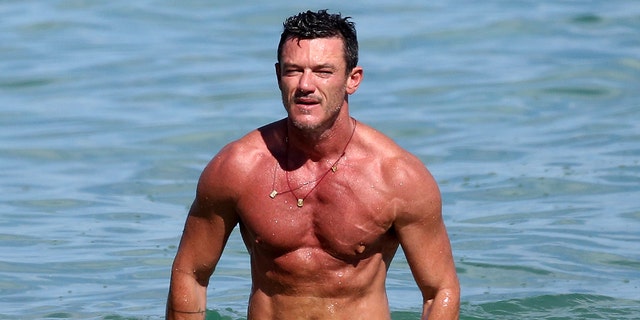 “I love my food and I like wine and it’s really tough,” he admitted. “What I miss most is alcohol. When everyone is having a drink and you can’t it stops you going out as much. Booze is a nightmare for empty calories and you can’t train the day after. Socializing and enjoying a night out — not doing that is the hard bit.”

Evans has a new project in the works called “Echo 3.” In the action TV series, he plays a man whose sister is abducted in South America. Evan’s character and her husband, both of whom have military backgrounds, attempt to rescue her. 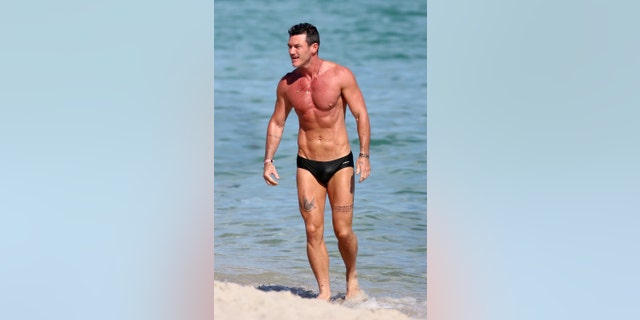 The Welsh actor showed off his ripped abs and arms after swimming in the ocean.
(Mega )

Evans posted a photo of himself working out with a Colombian army trainer.

“Got to train on base with a Colombian army trainer yesterday,” Evans captioned the post. “It was great! And if 5 could jump to 9 on every set from now on, I would be very happy. Muchas gracias mi amigo!”

In 2018, Evans opened up about how much he values his free time when not filming because it really helps him decompress. 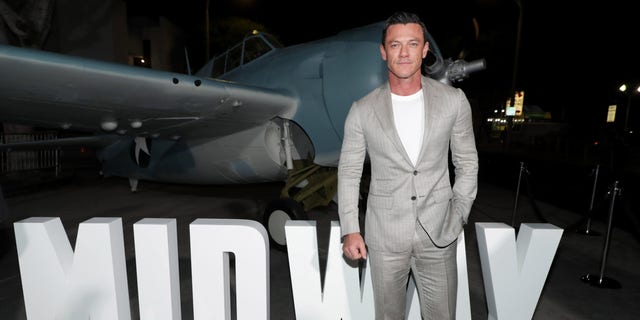 “I have therapy, and have done for years. It helps me decompress and download many things. My personal time is so precious – I get very little of it. I work a lot, and I like working, but work sometimes doesn’t allow you to process things going on in your own life,” “The Alienist” star described to Square Mile. “I found having a therapist helped me offload things I hadn’t even had time to think about.”

Evans said, “I think mental health is a very common problem. And it doesn’t get easier, it doesn’t get better, doesn’t matter what age you are – it can affect everybody. And it’s not something I’m ashamed of – if I say, ‘yeah, I’m super stressed out today’. I get that. You feel like that world is on your shoulders and you can’t move on. I get it. I found a way to vent that through therapy, and I’ve found it’s really helped me.”