Home » Celebrities » Mariah Carey Looks Back On Whitney Houston Duet: People Expected Us Not ‘To Get Along’

Mariah Carey gushed to Naomi Campbell about her friendship with the late Whitney Houston after they duetted on the 1998 song, ‘When You Believe.’

They were the two biggest divas of their generation – and many people presumed they’d be rivals – but Mariah Carey, 50, says she loved working with Whitney Houston. The two singers sang perfectly together on “When You Believe,” the 1998 song from the animated film, The Prince of Egypt. Their pairing came along years after they both racked up hits on the R&B and pop charts in the ‘80s and ‘90s but, although many thought they’d clash, Mariah said that she had a great time working with the New Jersey-born singer.

“She and I had the best time,” Mariah told Naomi Campbell, 50, on the supermodel’s YouTube interview series No Filter, on Nov. 24. “I love her spirit and her energy. It was just like, people didn’t expect us to get along, but they didn’t know me. Anyone who knew us both was like, ‘Oh they’re gonna totally get along.’” 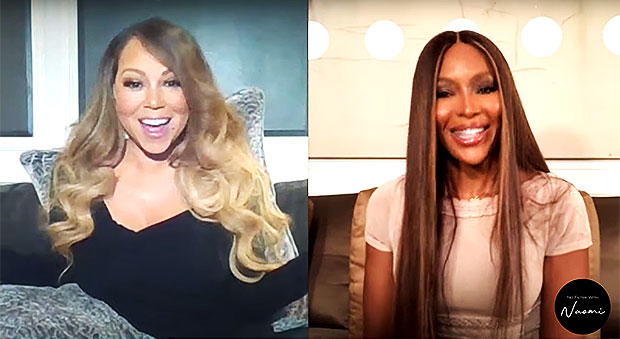 Naomi confessed that she knew that the “Vision Of Love” singer would gel with Whitney, who tragically died in 2012 at the age of 48. “And I really appreciate her giving her spirit and her giving of herself with me,” said Mariah, who was the younger of the two women. “Because she didn’t have to be like that, you know. She was there before me and I totally get who she was and what she meant to this world.”

Mariah then revealed that the last time she saw Whitney was at the Prince of Brunei’s party. That took place in July 2011, seven months before Whitney was found dead in her Beverly Hilton Hotel bathtub. 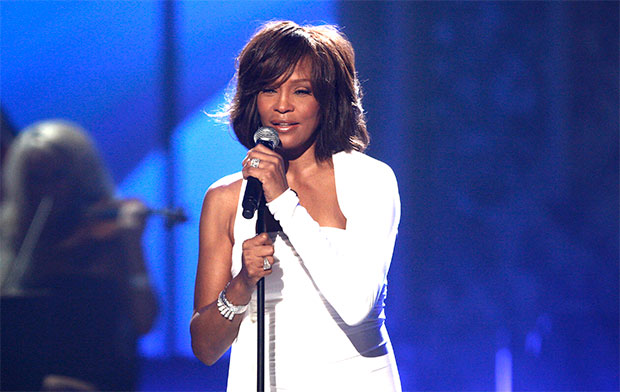 Whitney Houston became a household name in 1985 with the massive success of her self-titled debut album, which featured pop classics like “How Will I Know?” and “Saving All My Love For You.” Mariah didn’t have her first hit single for another five years, when she released her iconic song, “Vision Of Love” in 1990.

Mariah discussed Whitney in her memoir, The Meaning of Mariah Carey, which she released earlier this year. “Everybody wanted to pit us against each other in some ‘battle of the divas’ – a tired but pervasive pathology in music and Hollywood that makes women compete for sales like emotional UFC fighters,” she wrote in the book.

However, Mariah did acknowledge in her memoir that there was some “initial iciness (built up by outside forces)” when they started to work together. But she said they “developed a real fondness for each other.” “Every day we spent together was special,” Mariah wrote, “and I’ll always cherish the memory of that time and of all that she left behind.”