Meghan McCain told critics who called her out for her controversial ‘identity politics’ rant on ‘The View’ that she’s got ‘tough skin’ and is paying them no mind.

Meghan McCain will not walk back her controversial comments about “identity politics” and representation on The View. “I’ve accumulated tough, crocodile skin being in this industry as long as I have. I know who I am and what I believe in this world — just glad I can keep so many (many!!) of you talking and thinking even if it’s that you hate me and my opinions,” Meghan tweeted on the night of March 24.

Meghan, 36, faced major backlash online after insisting on The View that a person’s identity, including race, can factor into whether they get hired for a job — regardless of whether they’re the most qualified. “If you have someone more qualified who happens to be a white, straight person — who has more experience in whatever field they’re being nominated for than a minority with less experience — are we in a place where this matters?” Meghan said during the heated segment.

“Even if people need money, even if people are qualified to get into Ivy Leagues, race and gender is more important than your skill qualifications [or] the content of your character,” she argued, boldly insisting that this isn’t “what Martin Luther King, Jr. preached. I think this is a very, very slippery slope.” The co-hosts were discussing Sen. Tammy Duckworth‘s call for President Joe Biden to add an AAPI member to his Cabinet amidst a surge of anti-Asian violence in the country.

In response, the White House says they will hire a senior-level Asian American Pacific Islander liaison. “The President has made it clear that his Administration will reflect the diversity of the country. That has always been, and remains our goal,” White House press secretary Jen Psaki said in a statement. 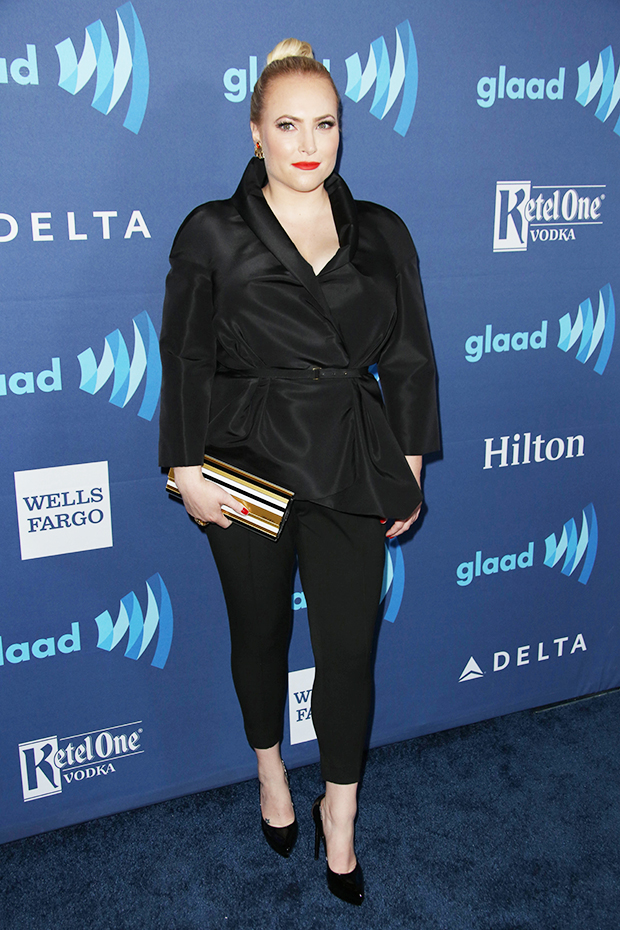 Meghan brought up diversity on The View to further her point. “The View is 25 years old next year. We’ve only had one Asian-American [person] cohost this show,” she said, referring to Lisa Ling, who co-hosted from 1999 to 2002. “Does that mean one of us should be leaving because there’s not enough representation? … Is identity politics more important than the qualifications for the job?”

Social media lit up asking if Meghan herself was qualified for the job. “I wasn’t aware she had any qualifications other than being John McCain‘s daughter,” one Twitter user wrote. “There have been more View co-hosts who are children of famous people than View co-hosts who are Asian. Does she really think that’s because there aren’t enough Asian people with the right qualifications?” CNN’s Abby Phillip tweeted.

This is the second time this week that Meghan has gotten herself into hot water for comments she made on The View about Asian-Americans. John Oliver called her out on the March 21 episode of Last Week tonight for a 2020 segment about COVID-19. Meghan had said that she had “no problem” with then-President Donald Trump calling it the “China Virus.” Meghan apologized the next day on Twitter, writing:

“I condemn the reprehensible violence and vitriol that has been targeted towards the Asian-American community. There is no doubt Donald Trump’s racist rhetoric fueled many of these attacks and I apologize for any past comments that aided that agenda.”