Meyers Leonard Teams Up With Org. To Fight Anti-Semitism, Hate 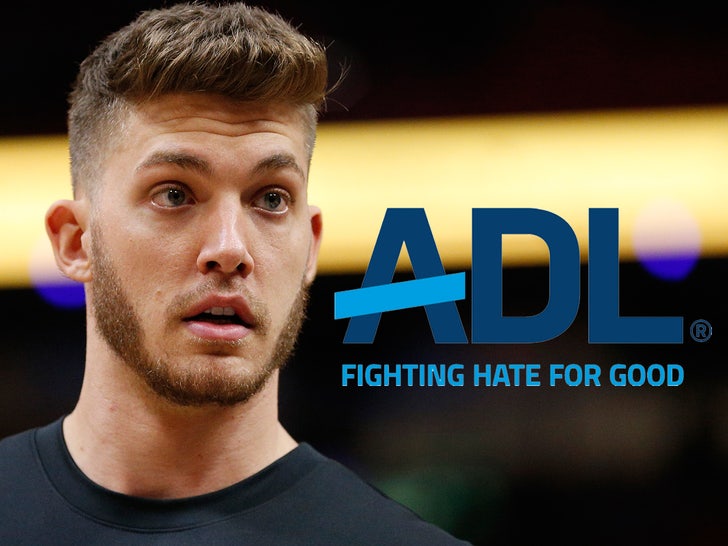 Meyers Leonard is continuing his fight against anti-Semitism — teaming up with a top anti-hate organization to speak at a virtual seminar … just months after the NBA player dropped a slur while gaming online.

We’re told 29-year-old Meyers has joined forces with the Anti-Defamation League (ADL) … and is set to speak at a webinar on August 19 … with the hopes of stemming the rise in hateful speech.

The class — which will also feature 2-time WNBA champ and Israel national basketball team member Alysha Clark — will focus on the importance of education on anti-Semitism.

The speakers will also discuss the Holocaust.

It’s just the latest way Leonard — who is currently an NBA free agent — is trying to repent … by spreading awareness about the horrors of hate language.

Back in June, Meyers got emotional when speaking to a group of Jewish kids at a synagogue in Florida … saying, “I owe everybody, truly, a sincere apology.”

Of course, the apology came after Leonard found himself in some scalding-hot water after using an anti-Semitic slur while playing “Call of Duty: Warzone on Twitch back in March.

Meyers was immediately placed on indefinite leave by the Miami Heat and lost out on a ton of business deals — including his relationship with gaming juggernaut, FaZe Clan.

Leonard promised to use his platform to keep others from making the same mistake … and he’s clearly sticking to his word.