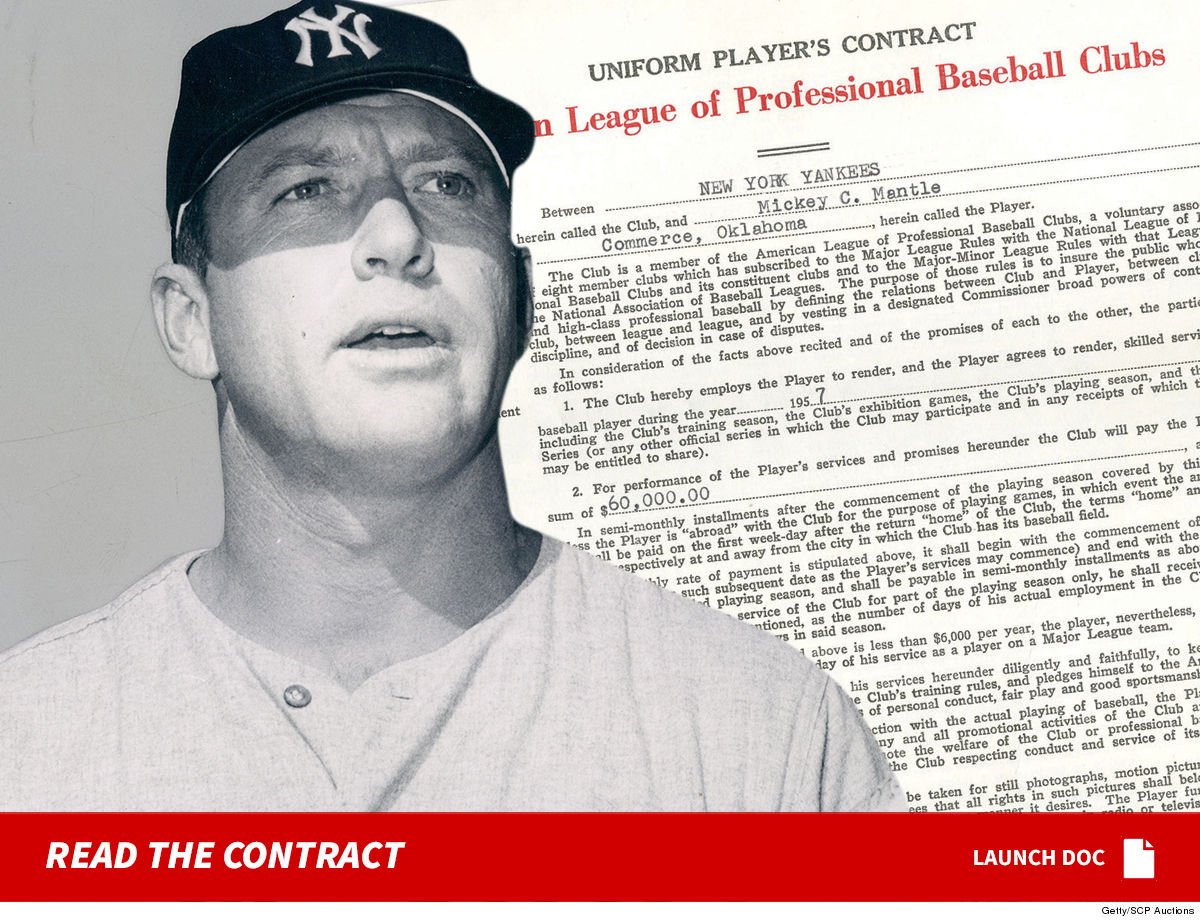 The New York Yankees contract that paid Mickey Mantle a shockingly low amount of money back in 1957 can be all yours … if you’ve got a big pile of cash to buy it!!!

TMZ Sports has learned the deal that Mantle himself signed back in ’57 is hitting the SCP Auctions block — and is expected to fetch over $40,000.

It’s interesting … because Mantle — who had just hit for the Triple Crown in 1956 with 52 home runs, 130 RBI and a .353 batting average (it was one of the greatest offensive seasons ever) — was only scheduled to make $60k.

Of course, the Yanks got much more than they bargained for after Mantle signed on the dotted line … he went on to win the MVP for a second consecutive season in 1957.

As for the contract itself, it’s an awesome piece of history … it’s got The Mick’s signature AND Hall of Famer Lee MacPhail‘s on it as well.