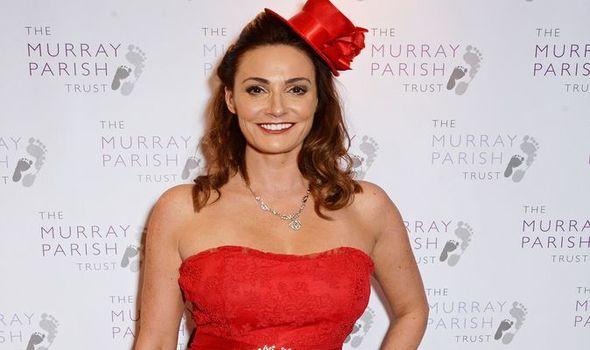 The actress, 53, is well known thanks to shows such as Ban­ croft, Broadchurch, Cutting It, and Mistresses. But she is now only cast in supporting roles despite being at her “peak”. And Sarah says it “grinds my gears” that older women are not viewed as desirable when “they’re so sexy”.

She said: “We get to a certain age and we’re slightly kind of looked over. You get to 50 and you become slightly invisible and it’s a hor­rible feeling.

“In actual fact it’s when as a woman you become what you’ve always meant to be. You can’t have kids anymore so you really are just who you are meant to be.”

Sarah, who will be in the new Netflix drama Stay Close with James Nesbitt and Richard Armitage, said: “From an actor’s point of view, I would say that the parts that I play now are very much, I’m servicing some­ one else’s story, I’m not telling my own story.

“All the women that I meet now over 50 are so interesting, they’re so full of life, they’ve got so much to say, they’re so funny, they’re so comfortable in their own skin, they’re so sexy but we’re just not allowed, almost. We also become a bit sort of sexless. That’s what grinds my gears.” Talking on Facebook chat show The Wonderbirds with Sherrie Hewson, Debbie Arnold, Dee Anderson and Harriet Thorpe, she said of menopause medi­cines: “I’m on the [HRT] gels. I have a gel that I rub into my arms like that and I have a testosterone cream.”

She laughed: “Don’t put the cream on your bikini line. It was like being in the 1970s, I’ve never seen anything like it!”