Pamela Anderson was spotted getting coffee while wearing a casual stylish outfit and showing off her natural beauty on Tuesday.

Pamela Anderson, 54, was looking great during her latest outing on Nov. 9! The Baywatch star opted for no makeup and a white semi-seer T-shirt, gray sweatpants, and sandals as she stopped to get coffee in Malibu, CA. She had her long blonde locks down with the look and had dark-framed glasses placed on the top of her head as she carried a black purse in one hand and her coffee cup in the other. 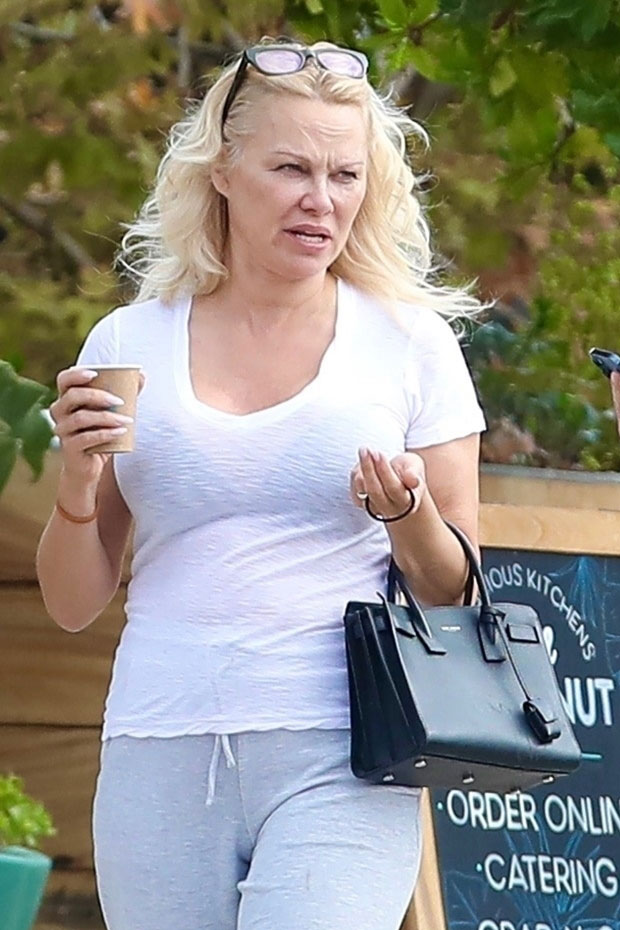 Pamela’s recent outing comes just a week after she reunited with her ex-husband Tommy Lee when they both attended the launch of their 25-year-old son Brandon‘s clothing line. Their younger son Dylan, 23, was also at the event and the proud mom made sure to pose for pics with both of them. At one point, both Pamela and Tommy also posed as a group. 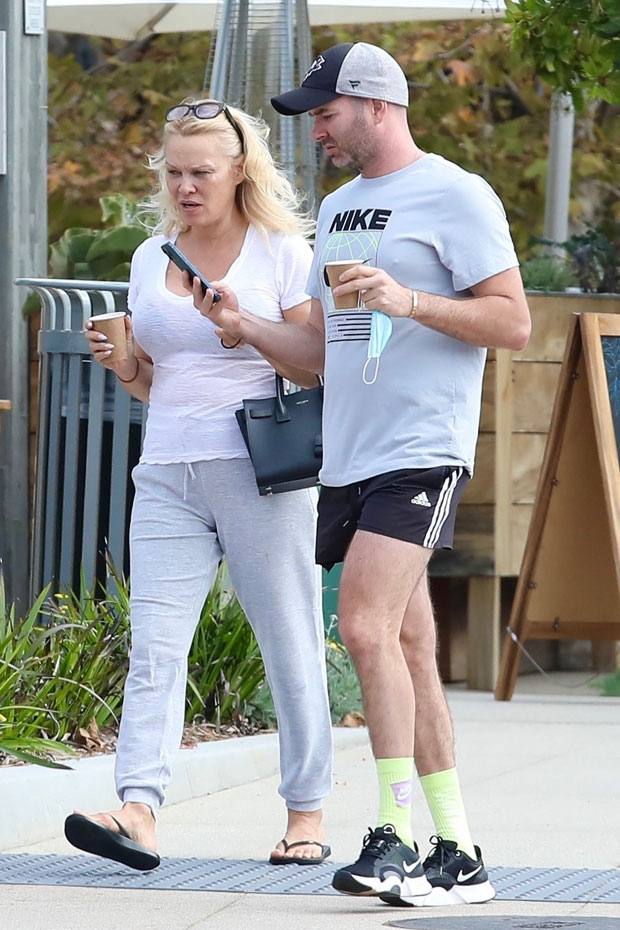 Pamela Anderson Through The Years — Photos

Pamela and Tommy’s former relationship and marriage, which ended in 1998, is still making waves all these years later. The exes are the focus of an upcoming Hulu show called Pam And Tommy. It is based on the ups and downs of their love story and stars Lily James as Pamela and Sebastian Stan as Tommy. The actress and actor have been making headlines for looking so much like the duo when on set of the series, and have been showing off distinctive features like tattoos and outfits they were known for wearing back in the day.

Although the series is already a highly-anticipated one for fans, Pamela reportedly called it “a joke and cheap knock-off” in May and had never heard of Lily or Sebastian. “She’s never heard of the actors playing her or Tommy, and doesn’t care to know them. She and her family think the show is a cheap knock-off,” a source told The Sun. “The whole thing is a joke to them.”

Pamela and Tommy were married in 1995 after meeting at a New Year’s Eve party months before and their whirlwind of a romance became one of the most famous in Hollywood history.