President Donald Trump, 72, is currently on his state visit in the UK, but took time out of his schedule to be exclusively interviewed by Piers Morgan, 53. The interview was shown on Good Morning Britain this week and their chat will re-air on ITV tonight. Piers encouraged his 6.66 million Twitter followers to tune in to the interview, however not everyone seemed to be keen. Yesterday, Piers tweeted: “UPDATE: Due to huge interest from around the world, my interview with President @realDonaldTrump will re-air in prime-time tomorrow night. ITV, 8.30pm.”

He replied: “You sound SAD you stone cold LOSER!”

A third penned: “This made me chuckle @piersmorgan!” 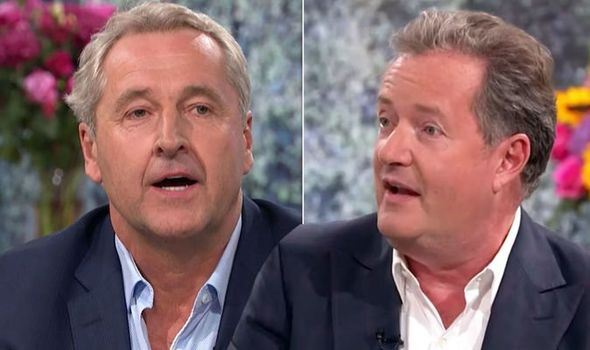 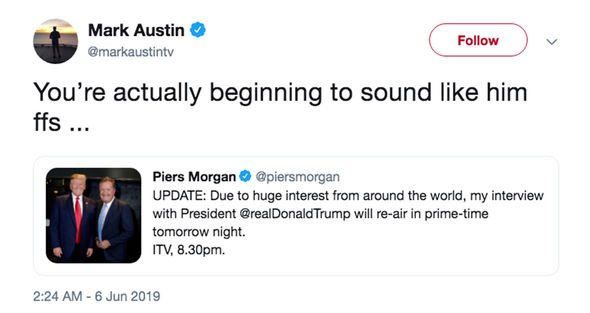 Piers and Trump touched on subjects including Prime Minister Theresa May, 62, the D-Day anniversary and Meghan Markle, 37.

Piers spoke of his relationship with the President following their interview with Holly Willoughby, 38, and Phillip Schofield, 57, on This Morning this week.

The presenter highlighted the fact he had known Trump for many years and considers the pair as friends.

On his time with Trump, he added: “He has an amazing schedule, as we saw he has been incredibly busy. 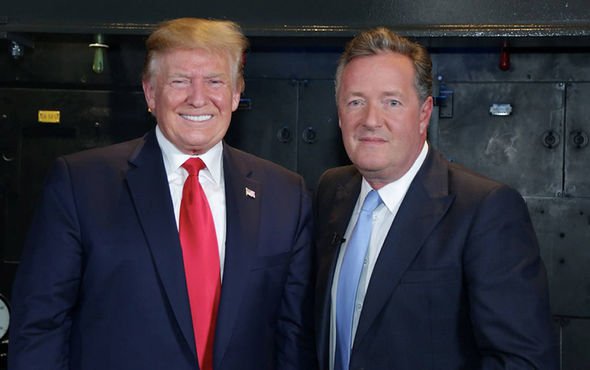 “I got told, ‘You have 15 minutes straight,’ he added before revealing the place was in “lockdown” ahead of their interview.

“I ended up getting the only television interview here or in America, so it’s a huge honour for me,” he continued.

Piers added he was then told by a secret service worker he had overran on the interview, but insisted Trump was fine with it.

“I think what they do is every interview is 15 unless the President is enjoying himself,” he added, before insisting Trump had enjoyed his interview with him.

Piers and The President airs tonight at 8.30pm on ITV.