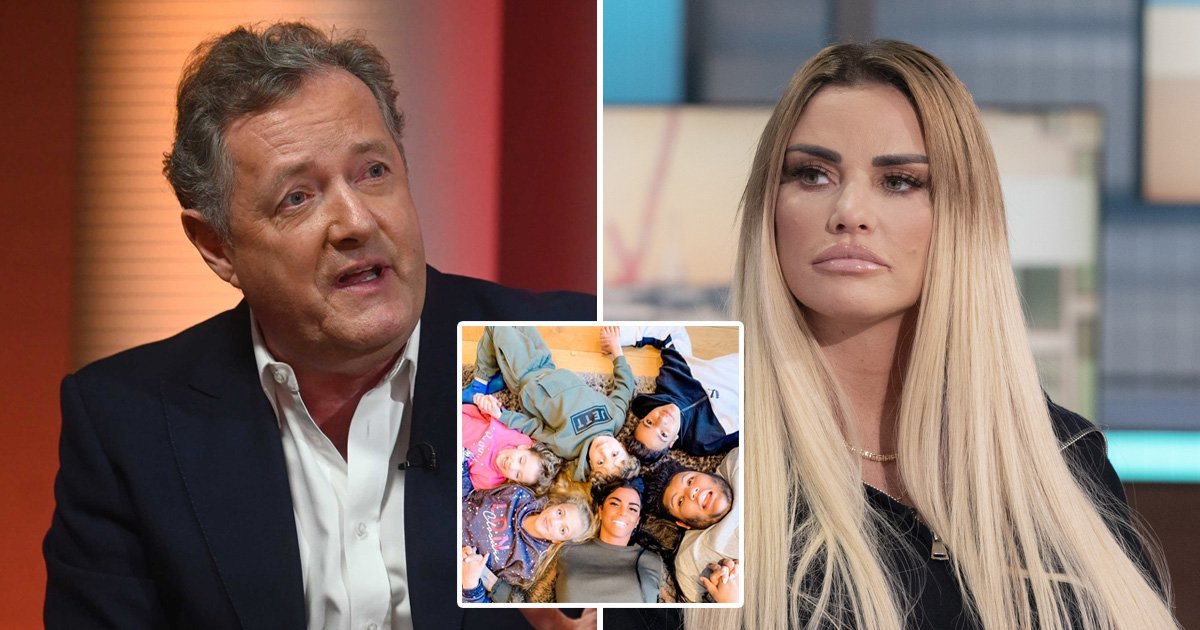 Piers Morgan has addressed Katie Price and urged her to ‘pull herself together’ for the sake of her children.

The former Good Morning Britain host, 57, acknowledged that the pair have been friends for 20 years, and that he’s often admired her, but insisted she’s ‘spiralling out of control.’

Saying he can’t ‘bite his tongue’ anymore about her ‘chaotic’ life, Piers added: ‘You’re a straight talker like me, so let me be brutally frank: you’re spiralling completely out of control, and this won’t end well if you don’t wake the f**k up pretty damn sharpish and pull yourself together.

‘You seem to be on a deluded one-woman mission to self-destruct, and it’s heart-breaking to watch.’

Piers added in his column for The Sun: ‘Whether you want to hear it or not, someone has to tell you some home truths before it’s too late.

The two have known each other for years, with the former model often sitting down with the broadcaster for interviews, including an early episode of Life Stories in 2009.

Last year, she supported him following his exit from Good Morning Britain, saying on Steph’s Packed Lunch: ‘I like Piers, I know him off telly, I like the man. But also, when he’s on telly, he does say things.’

In recent years, Katie, 43, has encountered some tough times with her health and love life, as well as facing legal trouble.

During a family trip to Turkey in 2020, she broke both of her feet, leading to her not being able to walk for months, and only being able to get around in a wheelchair.

Then, in August last year, she was taken to hospital after she was allegedly assaulted.

An unnamed man was arrested on suspicion of assault, and was later released on bail.

In September last year, she was taken to hospital and arrested following a car crash. She pleaded guilty to drink-driving and, while she avoided jail, she was handed a two-year driving ban.

Following the arrest, her family issued a statement saying they were concerned for her wellbeing. Katie also entered rehabilitation facility The Priory.

Meanwhile, she has also faced tension with a number of her exes, including Peter Andre, who hit out at claims she made about him in her book, and Kieran Hayler.

In January this year, she was arrested and charged on suspicion of breaching a restraining order preventing her from contacting Kieran’s fiancée Michelle Penticost.

Most recently, she and Carl Woods jetted off to Thailand, before reportedly splitting last month.

She has not publicly responded to Piers’ column.

Metro.co.uk has contacted reps for Katie Price for comment.