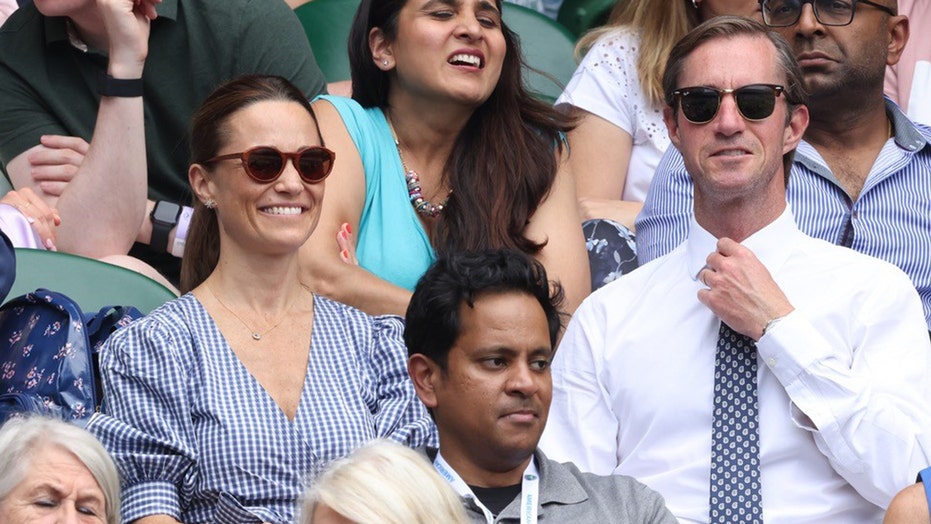 Pippa Middleton and her husband James Matthews were spotted in attendance at Wimbledon on July 9, months after she welcomed their second child, Grace Elizabeth Jane Matthews.

Pippa, 37, and Matthews, 45, were all smiles as they were photographed watching the Championships. 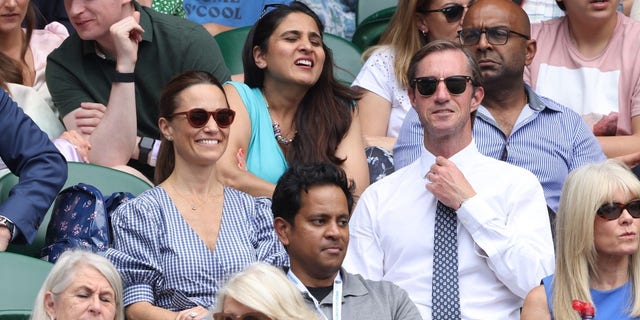 Pippa Middleton and her husband James Matthews look on from the stand on day 11 of  The Championships at Wimbledon.
(The Mega Agency)

Pippa, the younger sister to Duchess of Cambridge Kate Middleton, and Matthews married in May of 2017. Matthews proposed to Pippa in 2016 just a little under a year after the pair had begun dating.

The two were previously an item for a short period in 2012, according to the Daily Mail.

Pippa gave birth to her daughter in March. Her mother Carole Middleton confirmed Pippa had been expecting another child in an interview with the U.K.’s Good Housekeeping magazine just weeks before she gave birth.

Carole described herself as a “hands on” grandmother during the interview.

“I want to run down the hills, climb the trees and go through the tunnel at the playground,” she told the outlet. “As long as I am able to, that’s what I’ll be doing. I cook with them, I muck around dancing, we go on bike rides.”