Home » Celebrities » Pointless host Richard Osman recovering in hospital bed after operation: Out of my mind

Pointless host Richard Osman recovering in hospital bed after operation: Out of my mind

Richard Osman, 50, has taken to Twitter to give fans an update on his health this afternoon, as he recovered in his hospital bed. The Thursday Murder Club author explained to his one million followers that he is currently resting after undergoing a knee operation.

Richard encouraged fans to ask him any questions, as he was “out of his mind on fentanyl”.

According to the NHS’ website, fentanyl is a strong opioid painkiller used to treat severe pain during or after an operation or a serious injury.

He penned: “Am happily recovering in a hospital bed after a knee-op, pleasantly out of my mind on fentanyl, if anyone wants to ask me any questions.”

Fans flocked to the comments section of the House of Games host’s post to wish him well while quizzing him on a variety of subjects. 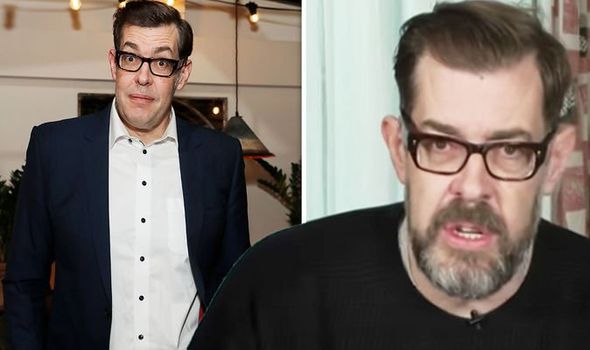 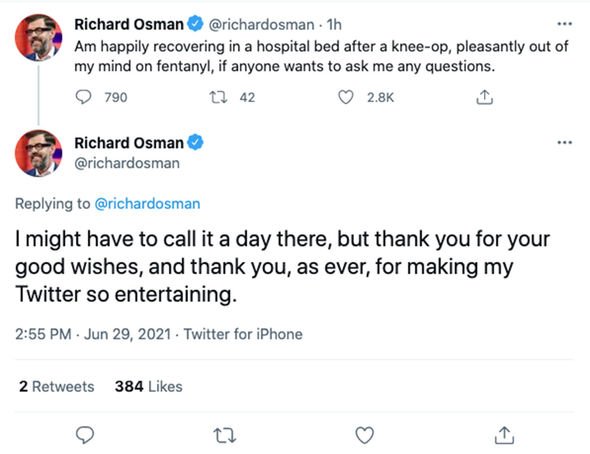 One person wrote: “Sorry to hear you are laid up. Hope surgery went well. Your TV shows suggest you have a real interest in general knowledge and trivia. Who or what triggered this thirst?”

Another fan cheekily asked Richard about the rivalry between his BBC show Pointless and ITV show The Chase.

They penned: “Have you or would you go on the chase ?”