Princess Charlotte, seven, was seen adjusting her hat before looking over at her uncle, who briefly looked up and caught her eye and smiled at the young princess. The young royal was sitting next to her uncle, in the same pew as her parents, brother and aunt Meghan Markle.

It’s been a big day for Charlotte, with the funeral of the monarch seeing the Princess of Wales‘ daughter sing God Save the King for the first time, alongside her brother Prince George. The young royals were seen singing, joining in with their parents the Prince and Princess of Wales as well as the other members of the royal family.

MORE: How Princess Kate reassured her kids during heartbreaking funeral

The funeral also marked the first time Princess Charlotte wore a formal hat. The hat was a wide-brimmed style and had a smart bow at the back. It was thought to be by Jane Taylor, the brand that her mother, Princess Kate, often heads to for her incredible headbands.

Princess Charlotte’s third milestone was the wearing of a brooch – the first time she has worn jewellery for a royal engagement. 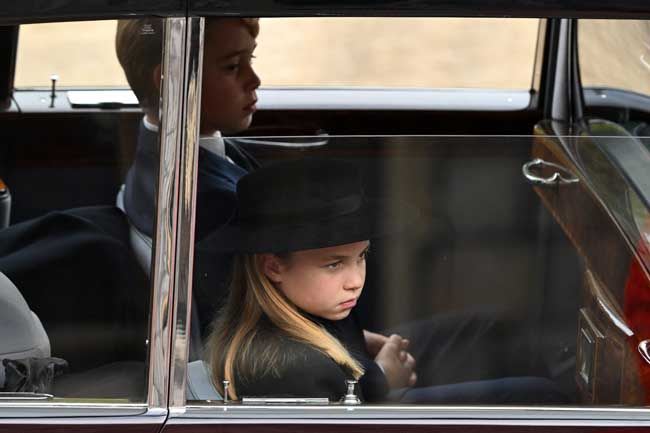 It was a big day for the young royals

She embellished her black dress with a subtle diamond brooch in the shape of a horseshoe, thought to be a gentle nod to Her Majesty who adored horses. Indeed, the late monarch was known for her passion for both horses and horse racing and had her first riding lesson at the age of three.

MORE: Will King Charles III wear the same crown as the Queen at his coronation?

The royal also joined her mother, the Princess of Wales, and her aunt, Meghan Markle, alongside Queen Consort Camilla, in performing a curtsey. 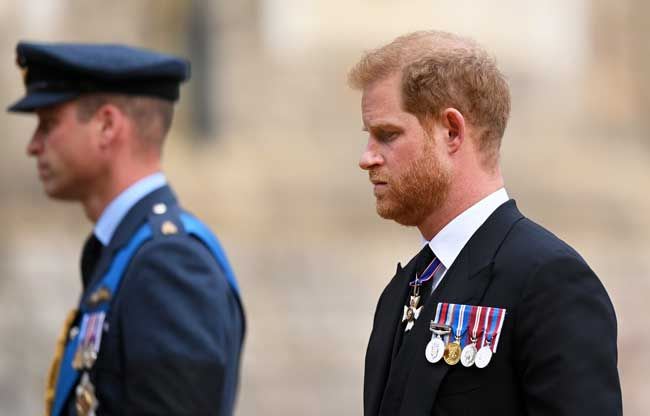 Prince George stood alongside the royal ladies, bowing his head in respect to the late monarch, and shortly before, royal onlookers spotted an adorable moment between siblings George and Charlotte.

The pair were in Wellington Arch following Her Majesty’s funeral service at Westminster Abbey, where Charlotte could be spotted telling her big brother that he needed to bow as the Queen’s coffin passed them.

Make sure you never miss a ROYAL story! Sign up to our newsletter to get all of our celebrity and royal news delivered directly to your inbox.