Prince Harry and Duchess Meghan shared a photo of his late mother, Princess Diana, in a post about their support of LGBTQ rights for Pride Month.

The collage of nine photos showed the new parents in one pic, artwork by Ruben Guadalupe Marquez, and a pic of the princess — who died at the age of 36 in a car crash in August 1997 — smiling alongside an AIDS patient one year before her death.

“For the month of June we ‘proudly’ shine a light on PRIDE,” Harry and Meghan wrote in a caption on their Sussex Royal Instagram account. “This month we pay tribute to the accounts supporting the LGBTQ+ community – those young and old, their families and friends, accounts that reflect on the past and are hopeful for a deservedly more inclusive future,” the message continued. “We stand with you and support you. 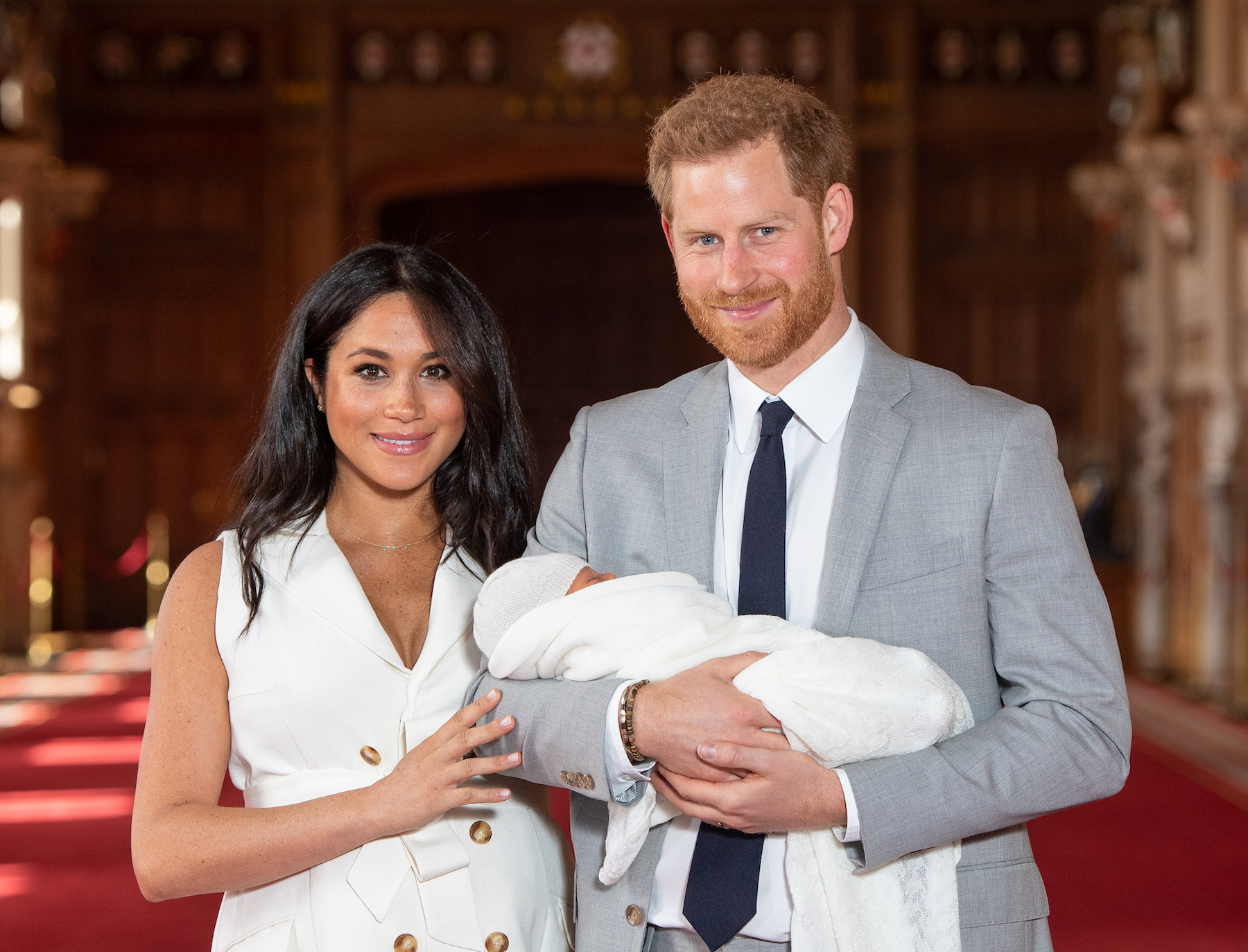 Adding a rainbow emoji, they continued, “Because it’s very simple: love is love.”

Harry’s late mother helped change attitudes towards HIV and AIDS in 1987 by attending the opening of the UK’s first specially built unit at London Middlesex Hospital for those with the virus.

As the world’s media documented the moment, Diana shook hands with a man who had the illness. She didn’t wear gloves in order to dispel the notion that HIV and AIDS was transmitted by touch.

“If a royal was allowed to go in, shake a patient’s hands, somebody at the bus stop or the supermarket could do the same,” a nurse, who was there when Diana visited, told the BBC.

Harry, 34, has continued his mother’s work on behalf of those with the virus, founding the Sentebale charity with Prince Seeiso of Lesotho to help children and young people living with HIV in the south African country. 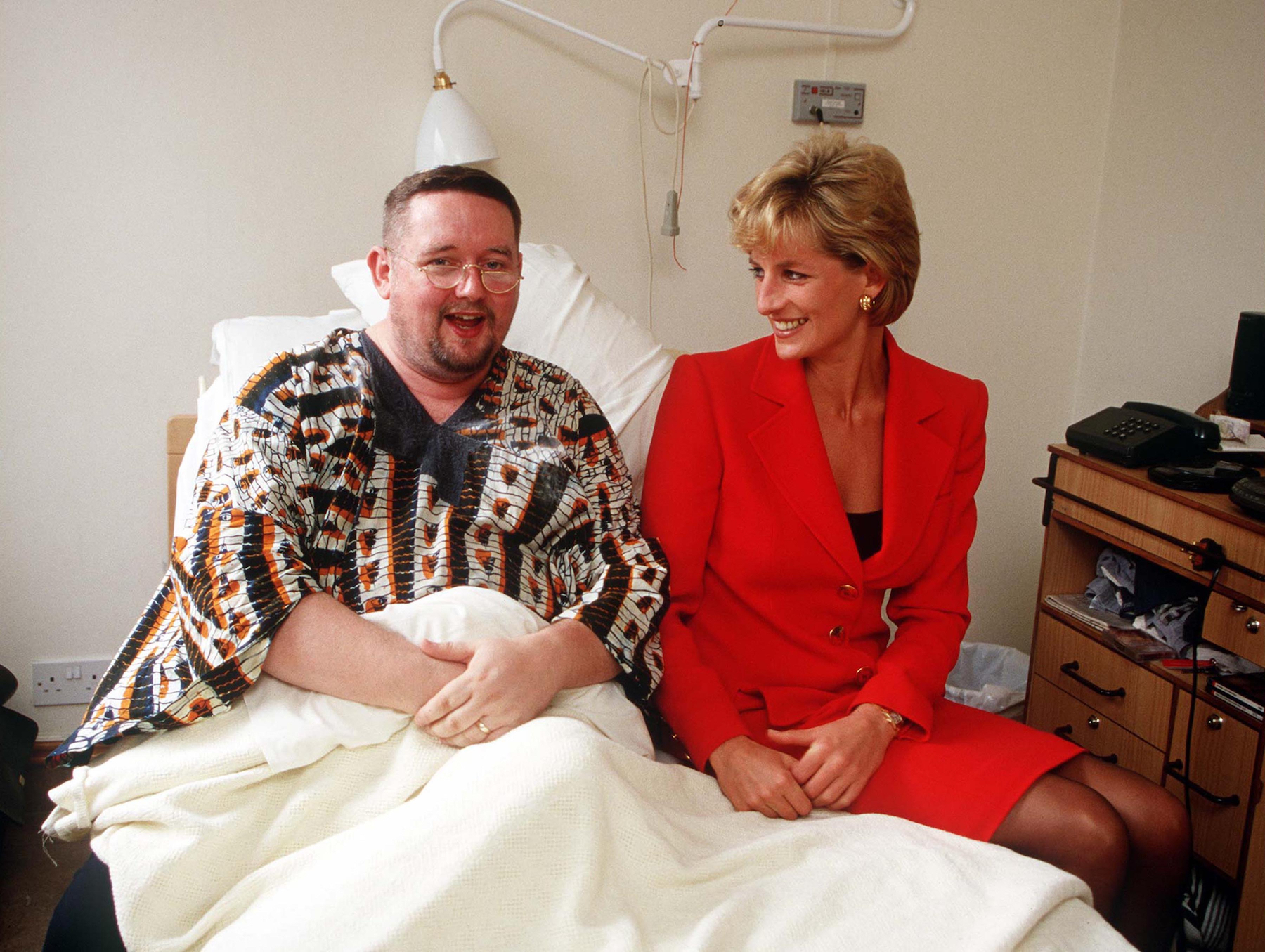 In 2017, Harry gave a heartfelt speech paying tribute to his mother’s efforts as she received a posthumous honor for her groundbreaking work.

“I often wonder about what she would be doing to continue the fight against HIV and AIDS if she were still with us today,” he told the audience.

“I believe that she would be telling everyone across society — not just those most at risk — that with effective treatment being free and available in the UK, that we must all embrace regular testing. Both for our own sake and for those that we love.”

“She would be demanding that same access to treatment and testing for young people in Africa and across the world,” he continued. “She would, of course, be standing alongside those who are living openly as healthy, happy and HIV-positive. [My brother] William and I are incredibly proud of what our mother achieved.”

Referencing the iconic photograph of Diana, Harry added, “She knew that AIDS was one of the things that many wanted to ignore and seemed like a hopeless challenge. She knew that the misunderstanding of this relatively new disease was creating a dangerous situation when mixed with homophobia.”

“So when, that April, she took the hand of a 32-year-old man with HIV, in front of the cameras, she knew exactly what she was doing. She was using her position as Princess of Wales — the most famous woman in the world — to challenge everyone to educate themselves, to find their compassion and to reach out to those who need help instead of pushing them away.”