Those of you paying extra attention to her appearance at Trooping the Colour on June 8, might have noticed the diamond eternity band the Duchess of Sussex was sporting on that finger. Well, it turns out the ring was actually Prince Harry’s first anniversary gift for Meghan Markle, according to both Us Weekly aaaand People. So, no, it wasn’t a push present, despite what people on Twitter believed.

People confirmed that Prince Harry, the sweetie pie that he is, bought the gift for Meghan Markle as a one year anniversary gift. Yep, I know it seems like they’ve been together for eternity already but Harry and Meghan have actually only been married for a year. Their wedding was on May 19, 2018, meaning Harry must have given his wife the ring about a month before she was spotted sporting it at Trooping the Colour.

How did Harry think of the eternity band for Meghan’s anniversary present? Well, he might have taken a tip from his big bro. Cosmopolitan reports that William got Kate an eternity band as a push present after she had their first child, Prince George of Cambridge.

While Meghan’s band was reportedly not a push present, it did come awfully close to the birth of their son who was born just days before their anniversary on May 6, 2019. “We are pleased to announce that Their Royal Highnesses The Duke and Duchess of Sussex welcomed their firstborn child in the early morning on May 6th, 2019,” a statement on the couple’s Sussex Royal Instagram page read. “Their Royal Highnesses’ son weighs 7lbs. 3oz. The duchess and baby are both healthy and well, and the couple thank members of the public for their shared excitement and support during this very special time in their lives.”

Harry, himself, also had some adorable things to say about the birth of his first child. "I’m very excited to announce that Meghan and myself had a baby boy earlier this morning," Harry told a reporter. "A very healthy boy. Mother and baby are doing incredibly well. It’s been the most amazing experience I could ever have possibly imagined. How any woman does what they do is beyond comprehension."

While Meghan hasn’t made any public statements about her son, she’s reportedly loving motherhood. “[Meghan] has really taken to motherhood,” a source told Us Weekly in May. “She’s so soft and gentle with Archie.”

In fact, she’s so enamored by her son that she reportedly had a hard time leaving him to attend Trooping the Colour, which is pretty much just a super extra birthday party for Queen Elizabeth. “She has spent almost every moment with him and saying goodbye was very difficult,” a source told Us Weekly on Monday, June 10. “But Meghan truly wanted to be at the celebration for the queen.” 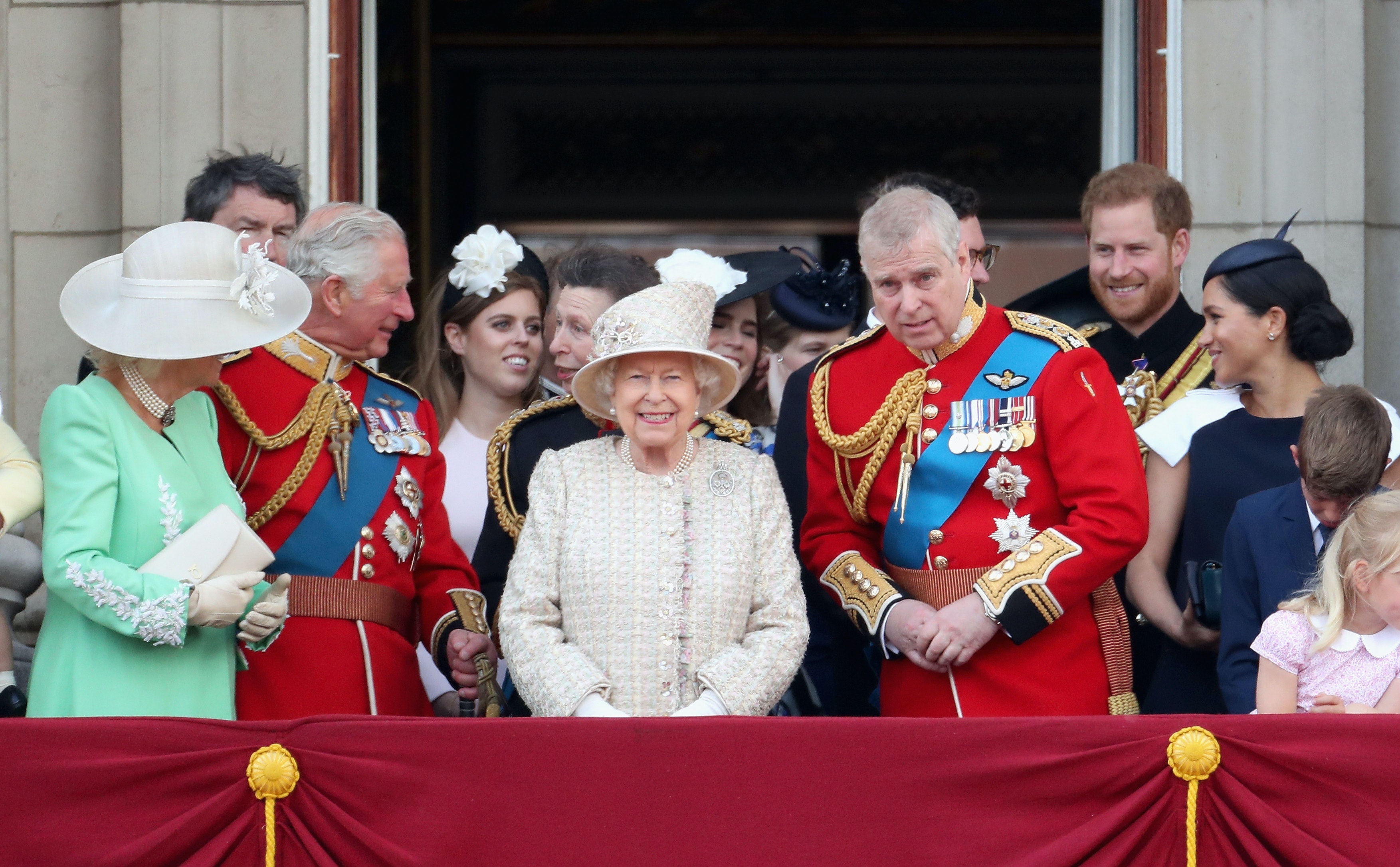 I mean, I really can’t say I blame her. If I was on the guest list for the queen’s b-day bash, I’d probably have a real hard time saying no.