The Duke and Duchess of Cambridge marked Windrush Day on Wednesday by carrying out two poignant engagements in central London.

William and Kate started their morning at Brixton House where they visited ELEVATE, a youth programme aimed at helping young people develop skills and careers within creative industries.

The royals were given a warm welcome and were introduced to younger generations of the British-Caribbean community, and other diasporas, who represent the next generation of British creative talent. 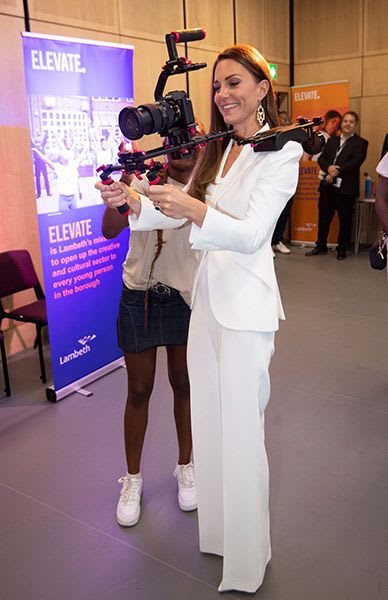 Their first engagement took them to ELEVATE in Brixton

They chatted to a group of young people who were taking part in a filming and photography workshop, before sitting down for a conversation about their career aspirations and hopes for the future.

Led by the London Borough of Lambeth, ELEVATE works with schools and colleges, training organisations and employers to ensure that young people are able to build skills, access opportunities and achieve successful careers within the creative industries. 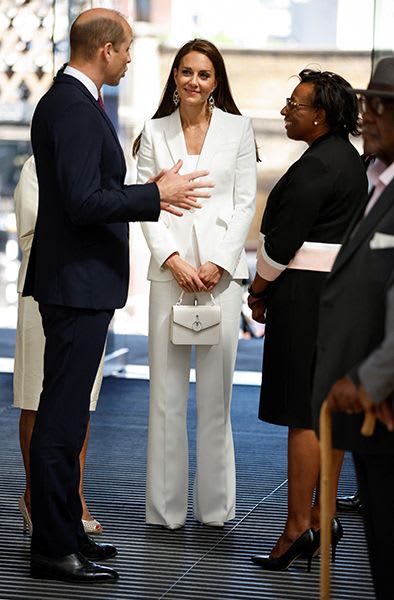 The royals attended the monument unveiling at Waterloo station

Their second engagement of the day took William and Kate to Waterloo station where they attended the unveiling of the National Windrush Monument. 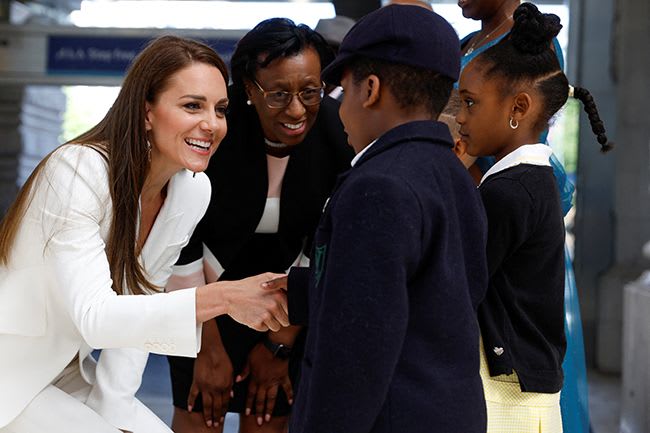 They greeted local schoolchildren during the engagement

The monument symbolises the courage, commitment and resilience of the thousands of men, women and children who travelled to the UK from 1948 to 1971 to help rebuild post-war Britain, and acknowledges and celebrates the outstanding contribution and dedication of the Windrush Generation to British history.

It depicts a man, woman and child in their Sunday best standing on top of suitcases and was designed by Jamaican artist and sculptor Basil Watson, who said it had been an honour to create the monument. 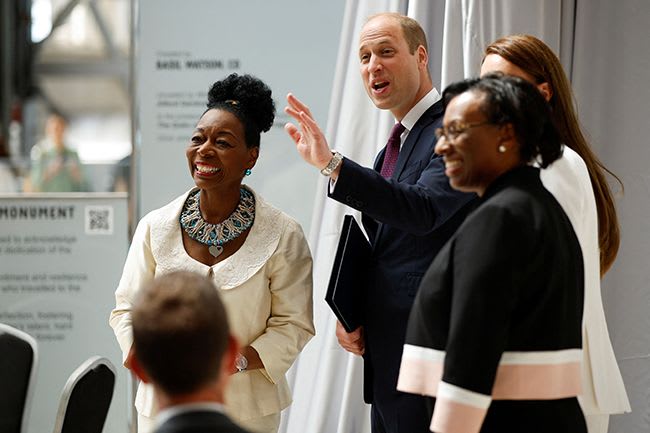 William waved as he attended the monument unveiling

Waterloo station was chosen because thousands of people who arrived from the Caribbean passed through the station to start their new lives in the UK, the government, who has provided £1m in funding for the project, said.

The service featured a musical performance of the Windrush Anthem by Nadine Benjamin OBE, a poetry reading, and a blessing from Bishop of Dover Rose Hudson-Wilkin.

William also gave a speech, as did Baroness Benjamin and Michael Gove MP. At the end of the service, members of the Windrush community, spanning the generations, unveiled the monument.

Make sure you never miss a ROYAL story! Sign up to our newsletter to get all of our celebrity and royal news delivered directly to your inbox.