Home » Celebrities » Princess Diana's Statue: What to Know About the Children With Her

Princess Diana's Statue: What to Know About the Children With Her

A statue of Princess Diana standing with three children was unveiled Thursday at the Sunken Garden of Kensington Palace, a favorite place of Diana’s during her time living there. Prince William and Prince Harry where both in attendance to unveil the meaningful new statue in honor of their late mother, on what would have been her 60th birthday. ET’s royal expert, Katie Nicholl, explained the significance of the statue, which she said highlighted the late princess’ “warmth and her empathy.”

“The statue was of Diana in the later part of her life, very appropriately surrounded by three children to reflect the universality of her work, the future generation and I think her warmth and her empathy,” Nicholl shared.

Beneath the commissioned piece, which was sculpted by Ian Rank-Broadley, is a plinth engraved with Diana’s name and the date of the unveiling. In front of the statue is a paving stone engraved with a verse from the poem The Measure of a Man, which was featured in the program for Diana’s memorial service in 2007. It reads: “These are the units to measure the worth. Of this woman as a woman regardless of birth. Not what was her station? But had she a heart? How did she play her God-given part?”

Today, on what would have been our Mother’s 60th birthday, we remember her love, strength and character – qualities that made her a force for good around the world, changing countless lives for the better. pic.twitter.com/jsZXyUsG7q

Diana’s siblings, The Earl Spencer, The Lady Sarah McCorquodale, and The Lady Jane Fellowes, in addition to the Statue Committee, the sculptor Ian Rank-Broadley, garden designer Pip Morrison and Chair of Historic Royal Palaces Rupert Gavin, were also in attendance at the unveiling Thursday.

The new design for the garden by Pip Morrison features a number of Diana’s favorite flowers, including forget-me-nots, as well as many other spring and summer blooms.

The garden and statue of Diana is arranged to be viewed from the Cradle Walk, which features an arched arbor of lime trees, and will be free to view during the palace’s opening hours.

Princess Diana's Statue Unveiling: Why the Location Is Meaningful 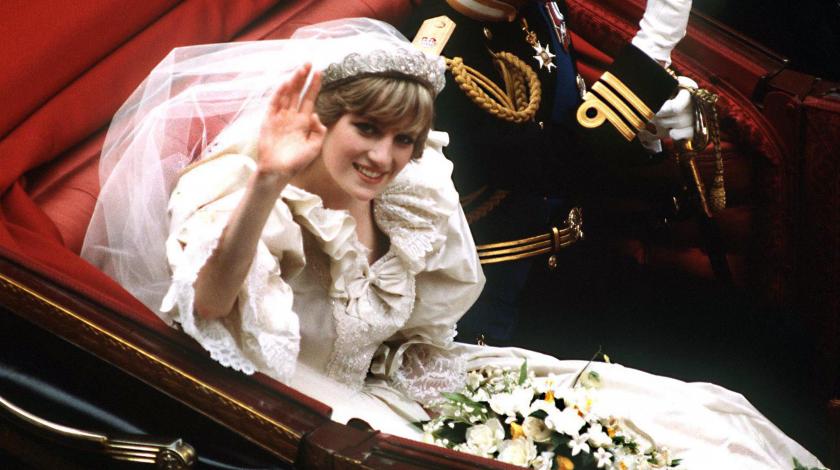 Remembering Princess Diana on What Would've Been Her 60th Birthday