Royally downgraded! Queen Elizabeth II reportedly considered stripping Prince Harry and Meghan Markle of more than their His and Her Royal Highness titles following their decision to step down from senior royal duties.

The British monarch, 93, discussed downgrading the couple’s rank by taking away the Duke and Duchess of Sussex titles that she’d given them after their May 2018 wedding, The Evening Standard reported on Monday, January 20.

However, the queen and her son Prince Charles reconsidered the move as they didn’t want to appear “petty,” according to the outlet, and decided that banning the pair from using their HRH titles in public while still retaining them was enough. 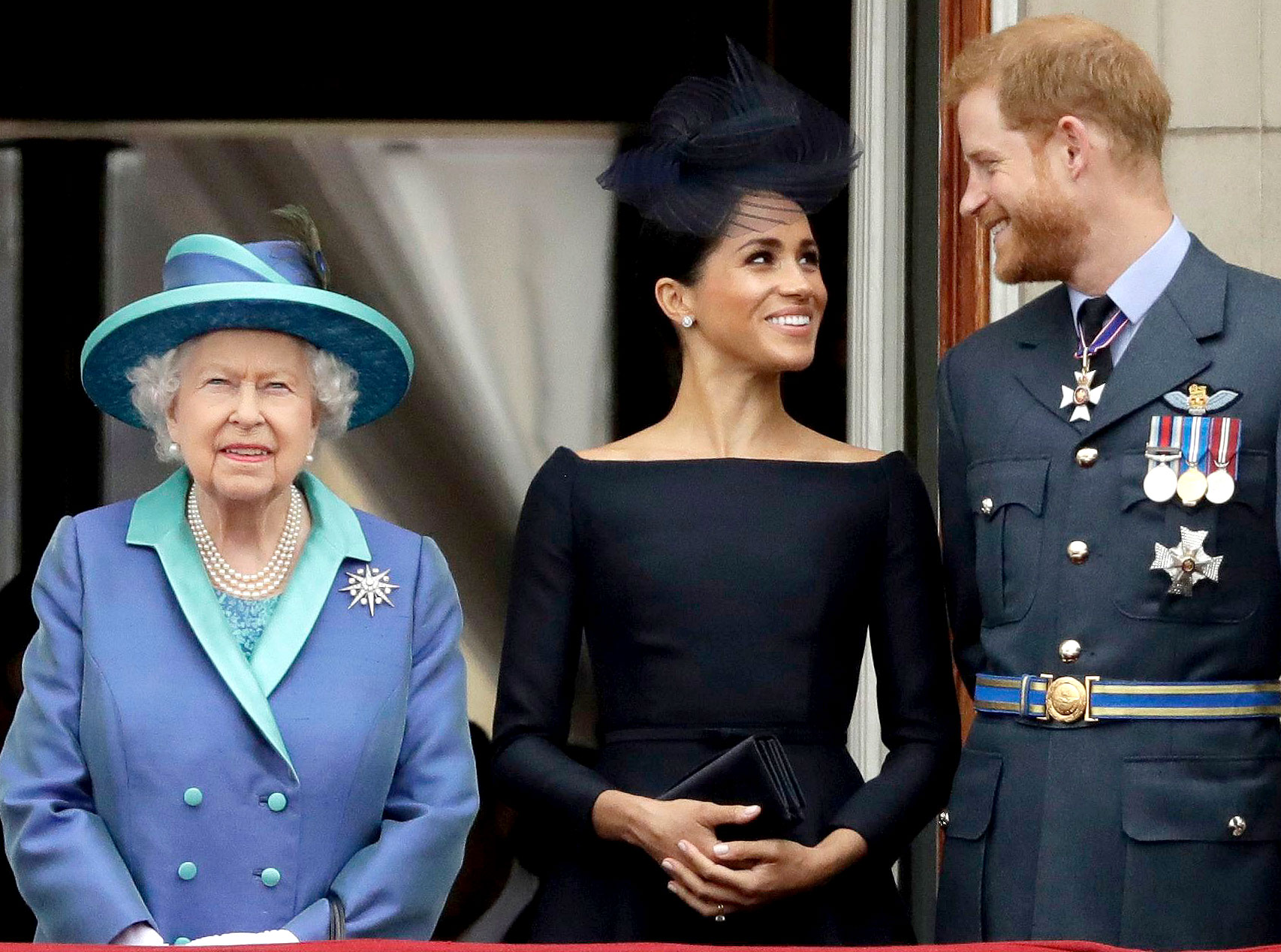 Had Her Majesty chosen to take away the additional duke and duchess titles, her grandson — who is sixth in line to the British throne — would’ve gone by one of his lesser titles, the Earl of Dumbarton, and Meghan would’ve been known as a countess, the Standard reported.

As Us Weekly previously reported, Buckingham Palace released a statement on Saturday, January 18, outlining the changes for Harry, 35, and Meghan, 38, as they step back as senior royals. The Duke and Duchess of Sussex “will not use their HRH titles as they are no longer working members of the Royal Family,” the palace explained a little over a week after the couple announced on Instagram that they planned to step down, split their time between the U.K. and North American and become “financially independent.”

“It is my whole family’s hope that today’s agreement allows them to start building a happy and peaceful new life,” the Queen said in a statement on Saturday.

The following day, Prince Harry spoke out for the first time about his “great sadness” over the changes but insisted that there was “no other option.”

“The decision I have made for my wife and I to step back is not one I made lightly,” he told supporters of his Sentebale charity in London on Sunday, January 19.

“I will always have the utmost respect for my grandmother, my commander-in-chief, and I am forever grateful to her and the rest of my family for the support they’ve shown Meghan and I over the last few months,” Harry added.

“I will continue to be the same man who holds his country dear and continues to support the same causes, charities and military communities that are so important to me,” he concluded. “Together you have given me an education about living. And this role has taught me more about what is right and just than I could have ever imagined. We are taking a leap of faith so thank you for giving me the courage to take this next step.”

The following day, Harry reportedly got on a flight from London to Canada to reunite with the former Suits star, who has been in Vancouver with the duo’s 8-month-old son, Archie, since shortly after the couple announced their plans on January 8.

The trio previously spent their holiday hiatus and Archie’s first Christmas in Canada in December 2019.