After broadcaster Dr Phil Hammond, 58, competed in a game of Countdown, he revealed one of Rachel Riley, 34, and Susie Dent’s surprising answers. While the physician stressed he wasn’t naming the culprit behind the saucy mistake, the blonde star pointed the finger at her co-host via Twitter.

It comes after Phil spoke out about the situation in view of his 89,000 followers.

“A teatime teaser conundrum had the clue ‘might insert when ready to withdraw’.

“The answer was earplugs. Someone and I’m not naming names, thought it was a**eplug @[email protected]_dent.” 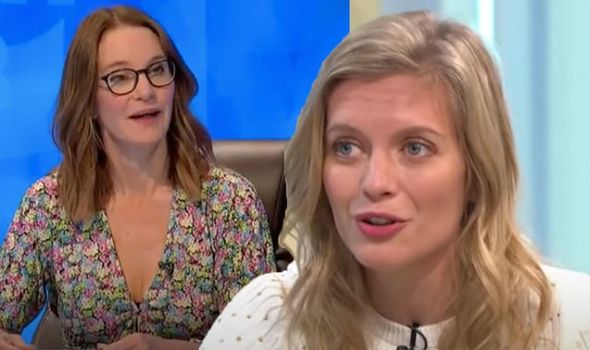 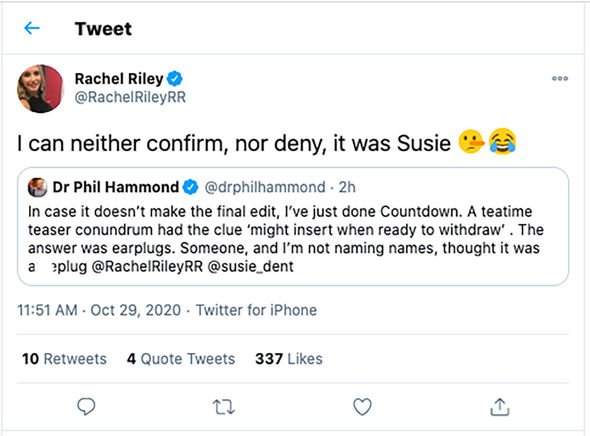 Amused by his comments, Rachel soon shared his admission with her own 667,000 users.

She added: “I can neither confirm, nor deny, it was Susie,” followed by a laughing face emoji and one with a Pinocchio-style nose, in fact suggesting it was herself who got it embarrassingly wrong.

It wasn’t long before many fans of the Countdown stars weighed in on the conversation. 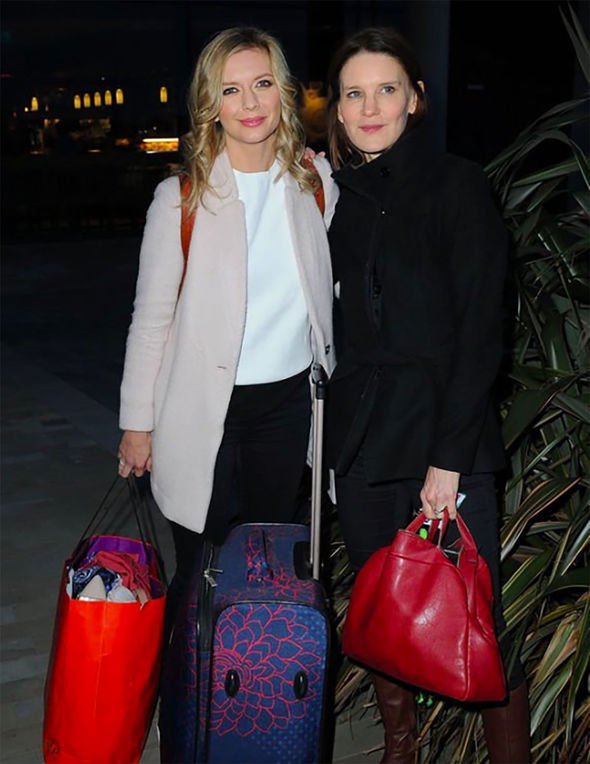 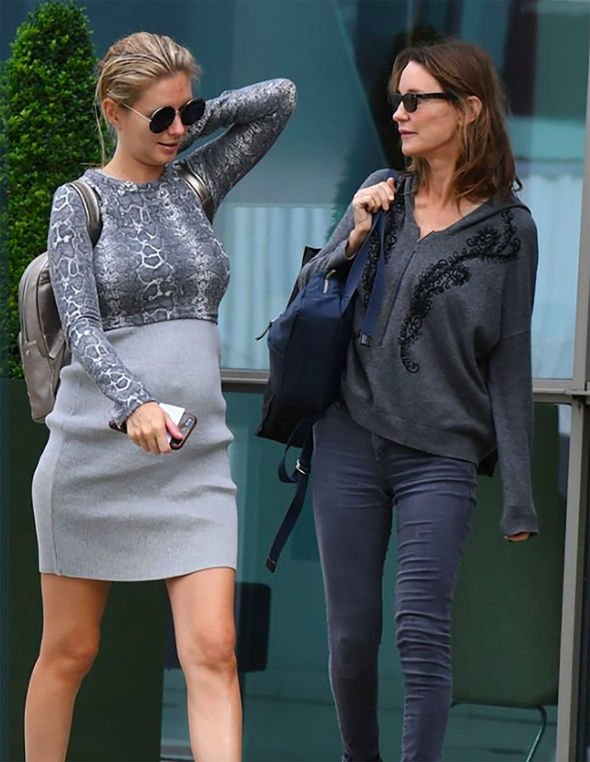 Another remarked: “I would definitely say it sounds more like what you would say rather than the sweet Susie!”

However, after one social media commented: “I know who my money’s on,” Susie went on to respond.

“Don’t drag me into this!” she declared.

“I know you wouldn’t have thought that, Rachel. You’re so sweet and innocent,” a fourth wrote.

It comes weeks after Susie admitted there have been times when the Countdown cast “can’t talk” to Rachel in the studio.

The lexicographer says the Channel 4 presenter takes the programme very seriously, and often won’t speak to anyone until she solves the conundrum.

Susie continued: “She also doesn’t want anybody to help her!

“It really, really matters to her that she gets it and I think that’s such a great thing!

“It really matters to Rachel, so if she hasn’t got the numbers round then you can’t talk to her for however many minutes she needs to be in her own world and get it,” she told OK! Magazine.

The gameshow favourites have been working together since the latter joined the show in 2008.

Susie has worked on the programme since 1992 after previously working with Oxford University Press.