Home » Celebrities » Reese Witherspoon and Her Daughter Look So Much Alike

Reese Witherspoon and Her Daughter Look So Much Alike

Ava Phillippe is looking increasingly like her mother, Reese Witherspoon—as testified by her latest red-carpet appearance with the actress.

On Sunday, the mother-daughter duo arrived at the red carpet together for the premiere of Illumination Entertainment’s Sing 2. Witherspoon wore a red checkered dress and matching red pumps, while Phillippe opted for a black dress featuring a laced lapel paired with black single-strapped heels. Despite being just as naturally blonde as her mother, Phillippe debuted pink hair in the trending curtain bang style, bringing both color and edge to her classic black-and-white ensemble. 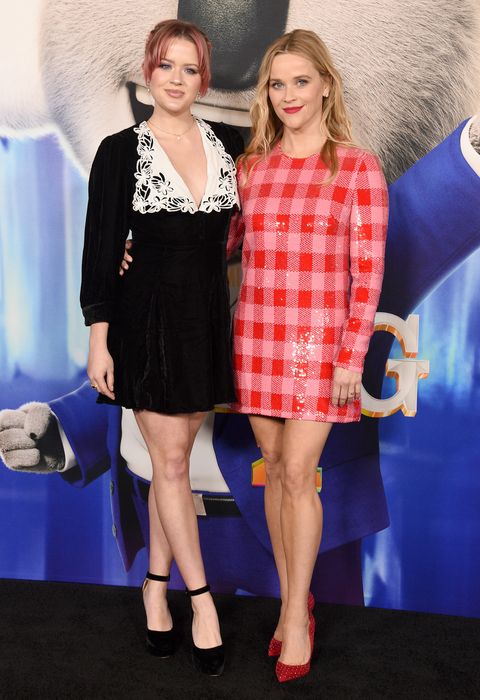 The two were later joined by the rest of their immediate family—Witherspoon’s husband, Jim Toth, as well as her two sons, Deacon Phillippe, 18, and Tennessee Toth, 9—and re-created their family group pose from the first Sing premiere in 2016.

The actress shared a video compilation of their appearances together from the two premieres on Instagram. “Five years later,” she began in the caption, “we’re back at the @singmovie premiere!! 💫🎤 ”

Sing 2 is the sequel to Illumination Entertainment’s popular animated film about a music contest and is set to hit theaters on December 22. Witherspoon lends her voice alongside other celebrities including Matthew McConaughey, Seth MacFarlane, and Scarlett Johansson.

Witherspoon often posts images of her family on social media. She’s gone viral for family-related TikTok videos, particularly one from 2019 in which her teen son taught her popular Gen Z dance moves. In August, Witherspoon shared a sweet selfie with Deacon and Ava on Instagram, and proudly captioned the post, “Gosh, I’m lucky to be their mom.”