‘Bridgerton’ hunk Regé-Jean Page brought his girlfriend, Emily Brown, to the ‘GQ’ Men of the Year Awards. The rarely-seen couple was spotted holding hands while making their way to the event.

He burns for her! Regé-Jean Page, 31, and girlfriend Emily Brown had a star-studded date night out at the British GQ Men of the Year Awards on September 1. Regé-Jean and Emily walked hand-in-hand to the London event. The couple is very private about their relationship, but they decided to make this special occasion a date night! 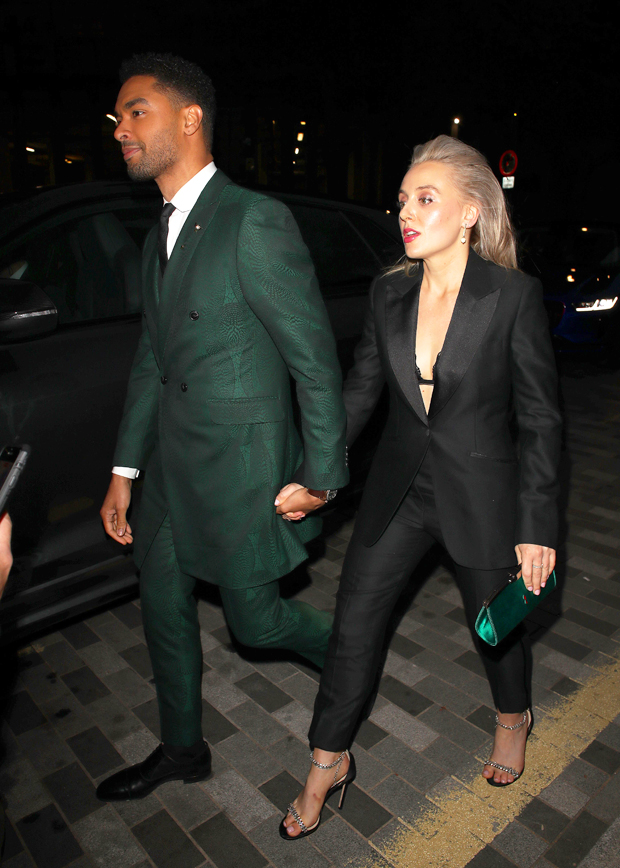 The Bridgerton dreamboat looked dashing in a forest green embroidered suit and black dress shoes. The actor took home Standout Performance of the Year at the event for his performance as the Duke of Hastings in the Netflix hit. Regé-Jean has become a global superstar ever since Bridgerton premiered in December 2020.

Emily looked gorgeous in a black power suit with a lace bra underneath the blazer. She paired this sophisticated look with diamond-studded heels. Her bright blonde hair was slicked back.

Regé-Jean has never openly talked about his relationship with Emily, who is a soccer player and copywriter. Regé-Jean and Emily were seen looking very cozy on the street in London around Valentine’s Day. Regé-Jean sweetly hugged Emily before heading to the airport together.

Bridgerton fans had hoped that the intense chemistry between Regé-Jean and co-star Phoebe Dynevor would translate to a real-life relationship, but that was never the case. “I’d love to say there was really something between us,” Phoebe told YOU Magazine in February 2021. “But no, it has always been strictly professional. There was so much pressure on us to get it right that it was all about the work. We have a really professional working relationship.” 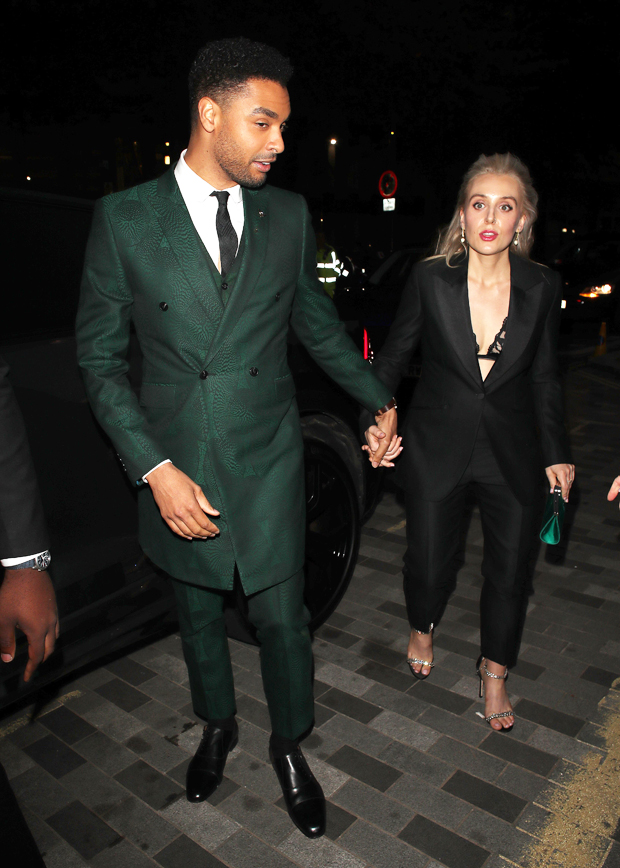 Regé-Jean will not be returning to the hit Netflix series for season 2. His Bridgerton exit caught every fan by surprise, especially since Phoebe’s Daphne Bridgerton will still be a part of the series. The show is currently filming season 2 — and will focus on Anthony Bridgerton and his love interest Kate Sharma — and is expected to premiere in 2022.