The chart-topping singer was recently spotted cosying up to Love Island’s Wes Nelson.

Rita Ora looked happy and relaxed as she posed next to the reality TV star after he watched her take to the stage on her Phoenix World Tour in Leeds.

But after taking some time out to catch up with the sexy hunky, she was back at it again on Friday.

The 28-year-old bombshell slipped into a raunchy ensemble as she took to the stage in Warsaw, Poland to belt out some of her hit songs.

Rita flaunted her incredible figure in a daring thigh-high rainbow fringed dress which she teamed with a neon bralet.

The Let Me Love You hitmaker accessorised the sexy look with a pair of knee-high black snakeskin boots and some fishnet tights.

She added some futuristic vibes with a pair of eye-catching retro mirrored sunglasses.

Meanwhile, the Detective Pikachu star stayed her peroxide blonde tresses into a sleek down ‘do, while she donned a slick of typically glam make up. 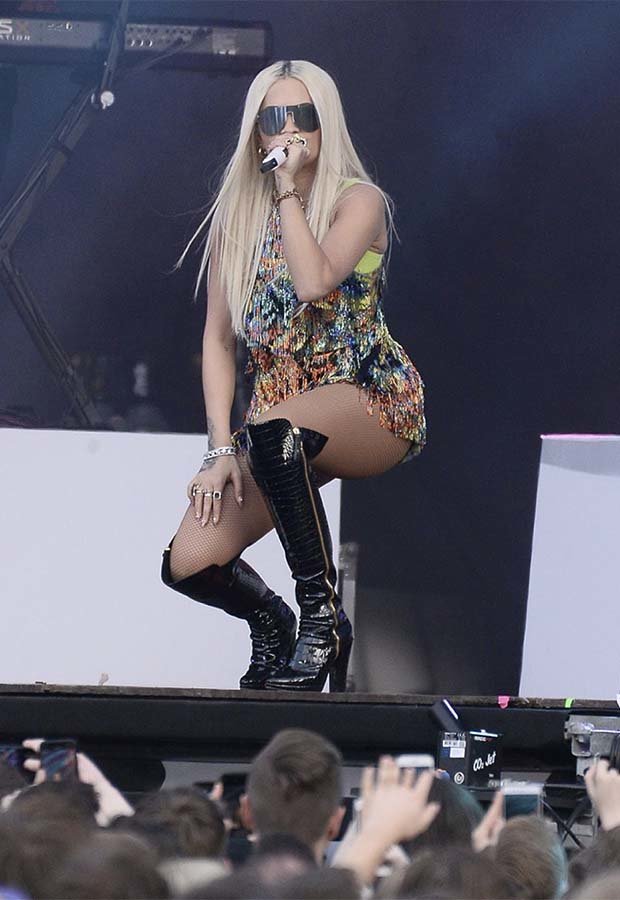 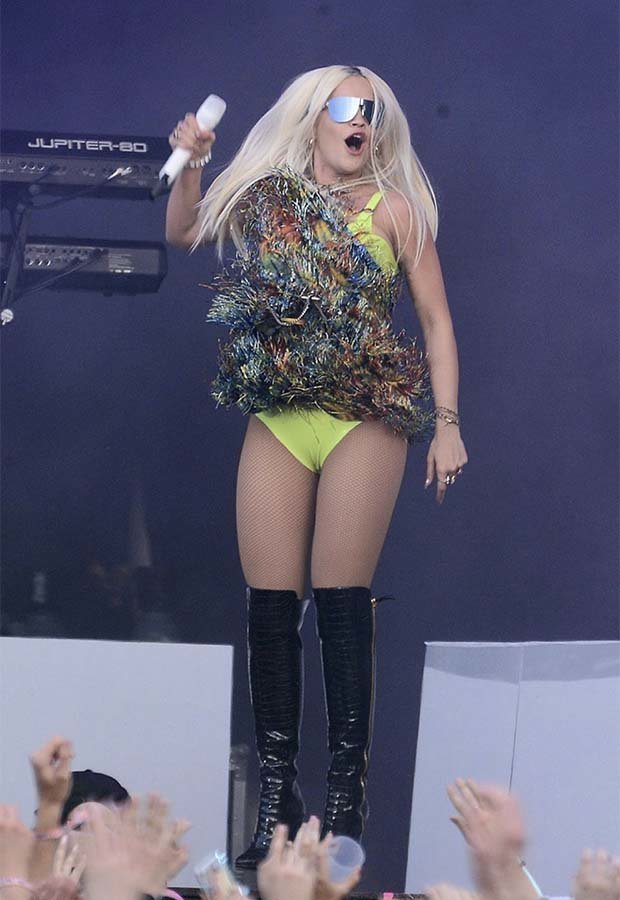 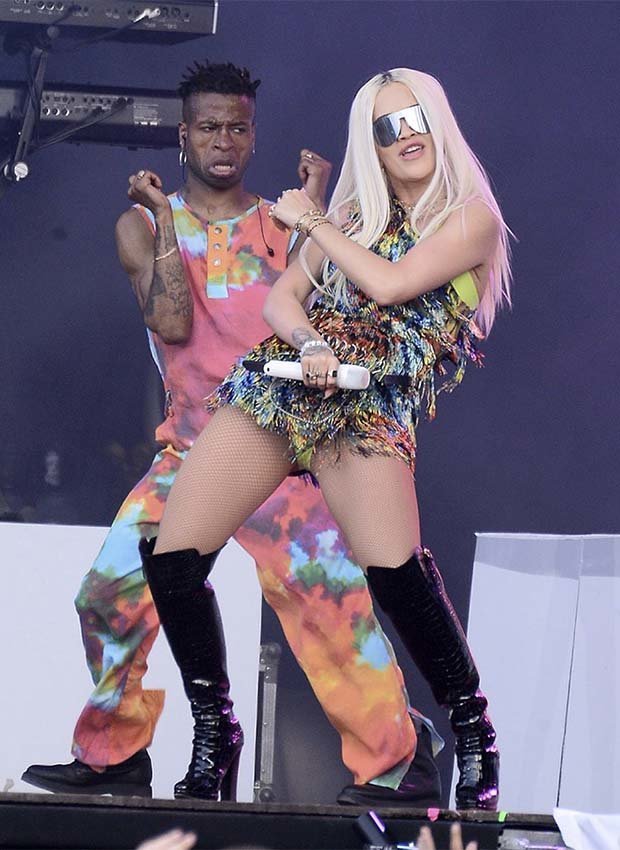 And Rita certainly didn’t hold back with her sizzling hot performance as she seductively strutted her stuff alongside backing dancers before getting down on to her knees and flirting with the crowd.

However, amidst her high-octane routine, the stunner gave fans more than an eyeful as she accidentally flashed her neon yellow undies.

Ever the professional, the singer brushed off the awkward incident and continued with the show.

Rita’s racy performance comes shortly after she opened up about her romantic life, admitting she finds it difficult to date just two months after her split from Andrew Garfield. 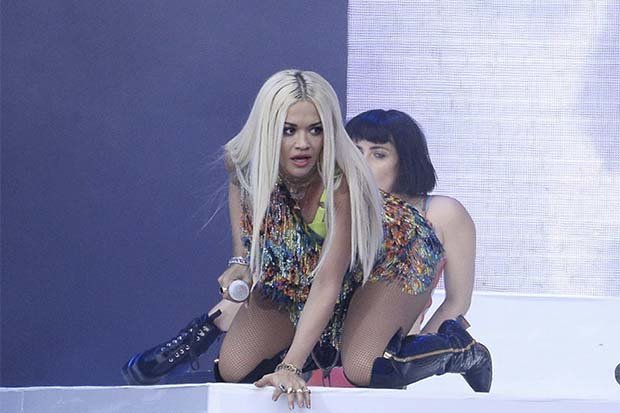 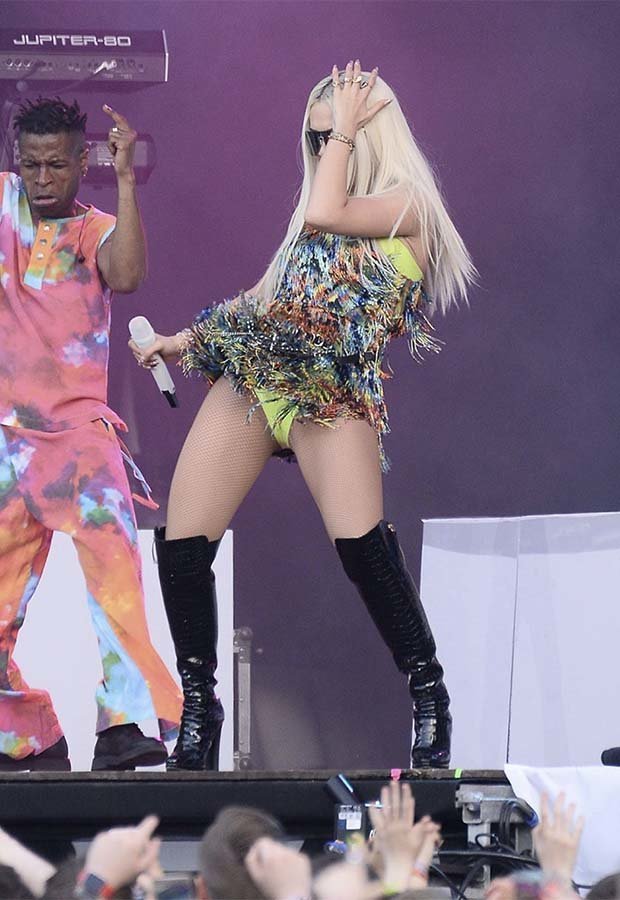 “I get linked with every man I’m seen out with. But to be really honest with you, right now a relationship isn’t my main priority.”