The chart-topper, who has just wrapped up her Phoenix world tour, joined the likes of Calvin Harris and Halsey at the annual bash in Wembley.

Sending imaginations into overdrive the Let You Love Me songstress shrink-wrapped her curves in a tiny leotard.

Oozing sex appeal, Rita made sure all eyes were on her as she belted out her biggest hits.

Adorned with jewels and tassels, Rita dazzled in the sunlight.

Putting her supermodel worthy pins on stage, the blonde babe rocked a pair of sheer tights and killer heeled boots.

Rita completed her look with a pair of large gold hoop earrings.

Rita’s BFF Charli XCX recently revealed how they landed themselves in hot water after a late festival antics went wrong. 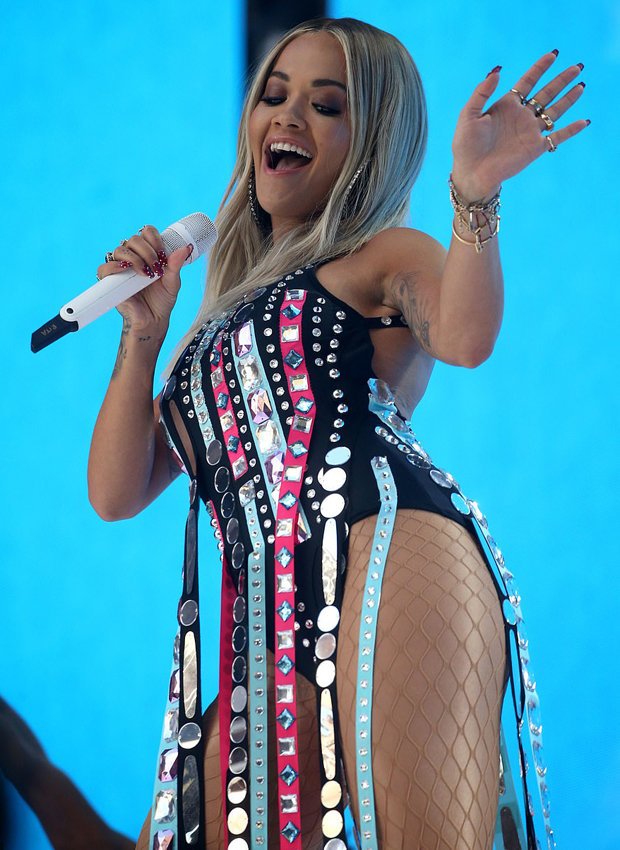 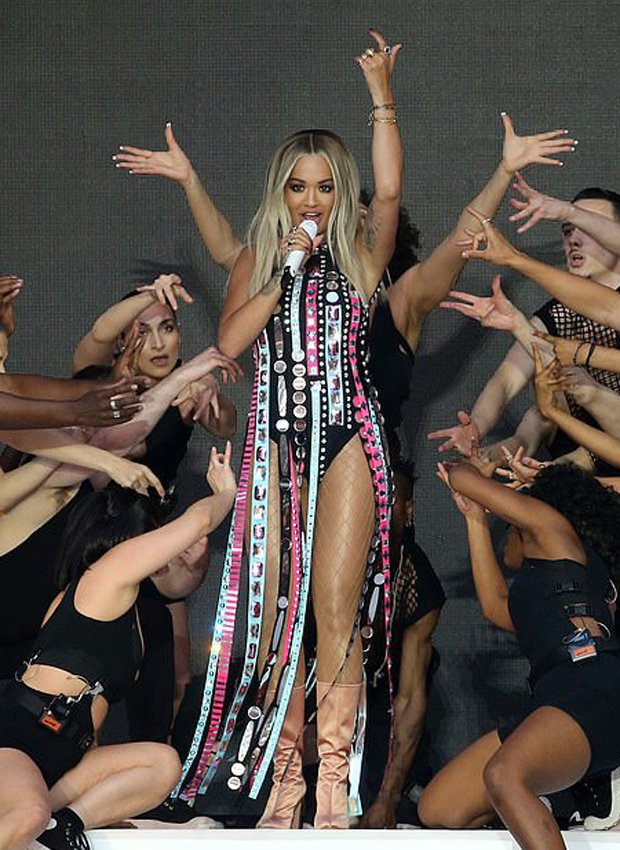 Charli said: “At Glastonbury 2017 me and Rita were in the back of a van with Diplo in the middle of the night.

We were driving to some other DJ set that he was really late for.

“I thought it would be a really good idea to open the back doors of the van as we were driving for some crazy reason. 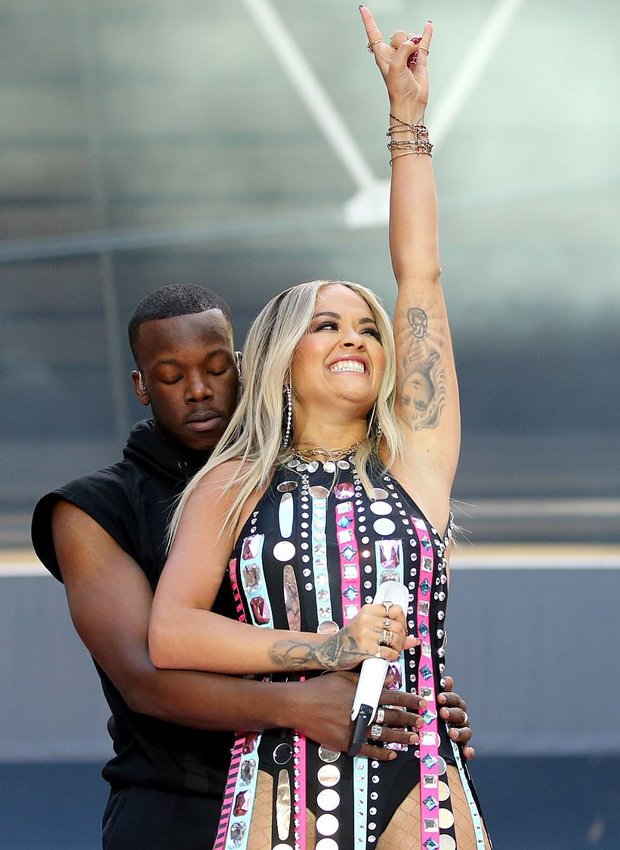 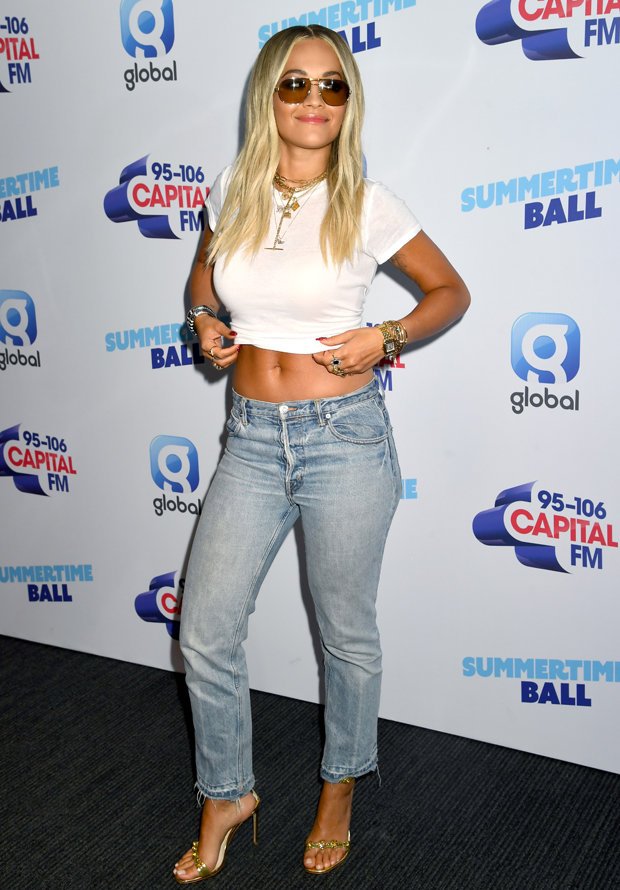 Laughing, the Boys songstress continued: “Nothing fell out and we were having a good time but then the police, the security, sort of got really really angry and we all got taken out of the car.

“When me and Rita get together we definitely like to go for it. Full throttle.”