Rita Ora's life continues to be better than everyone else's 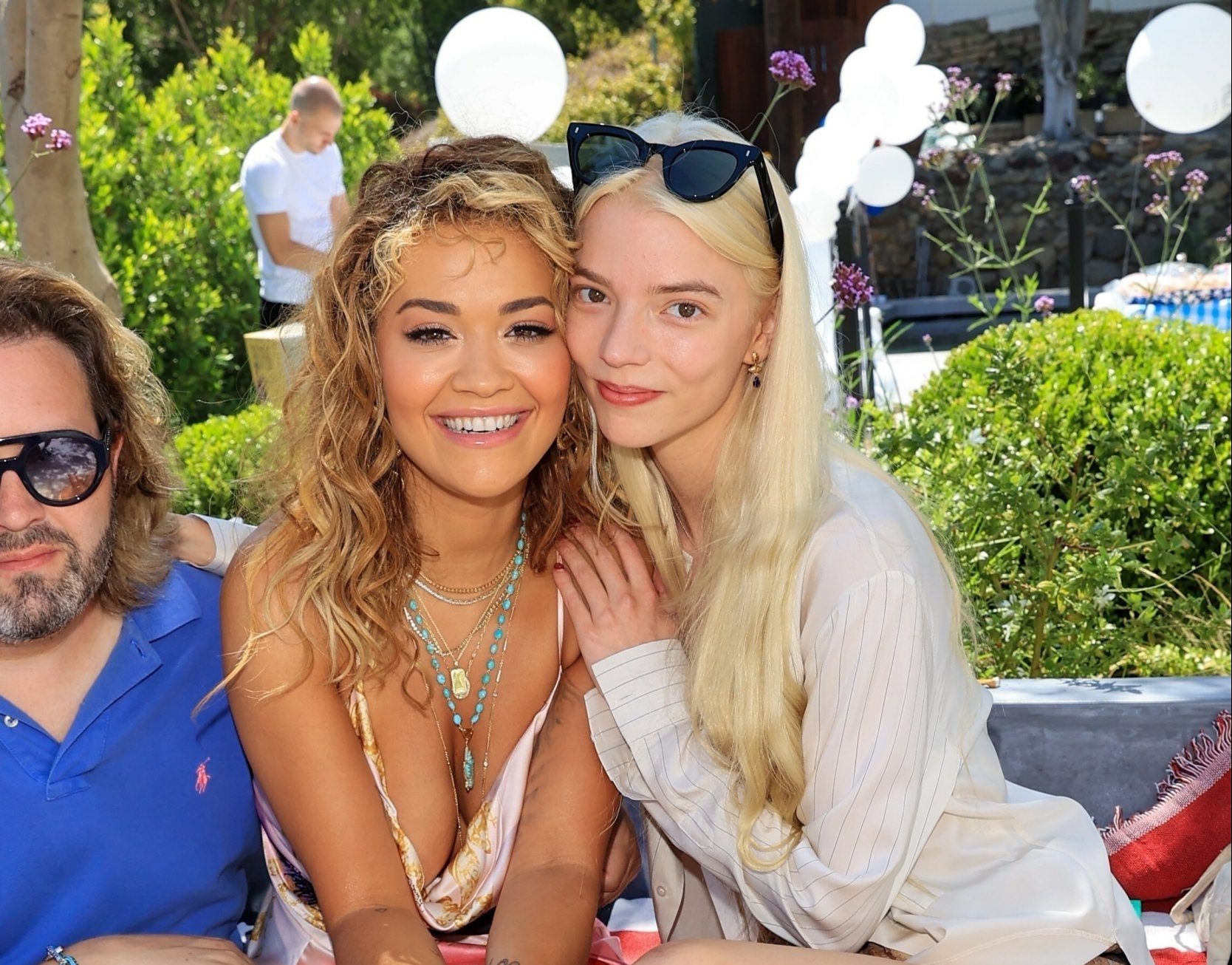 Rita Ora stunned in a colourful satin dress as she hosted a Prospero Tequila 4th of July barbecue party in Los Angeles on Sunday.

The singer, 30, could be seen soaking up the Californian sunshine as she wore a beautiful pink dress that finished just below her knee.

The plunging neckline revealed her stunning necklace with a blue cross hanging on it around her neck.

Her outfit featured some gold and blue detailing to add an extra splash of colour while she wore a pair of black heels with their black straps winding up around her legs.

The musician looked delighted to be in the company of model Anya Taylor-Joy, 25, who could be seen in a light-weight shirt and a tiny pair of shorts.

The pair got close as they posed together at the event, sitting on a Stars and Stripes flag to mark American Independence Day.

The star partied with a number of other famous faces including actress Lily James, 32, star of the silver screen Kate Beckinsale, 47, and former The Only Way Is Essex cast member Vas Morgan, 32, among others.

Taking to Instagram to share some pictures of herself at the celebration, she could be seen posing with balloons and the star spangled banner above her head.

Prospero Tequila bosses shared some behind the scenes snaps on their social media as the group enjoyed the glorious afternoon in the sunshine.

Rita has recently been linked to Thor: Love and Thunder director Taika Waititi, 45, and he was spotted indulging in a spot of PDA with the warbler and actress Tessa Thompson, 37, on a balcony in Sydney in May.

The pictures had caused a stir at the time and Taika broke his silence on the images earlier this month, saying he was ‘not really’ upset that they went public.

He told The Sydney Morning Herald: ‘I think in the world of the internet, everything goes away pretty quick.

‘And also, is it that big a deal? No, not really. I was doing nothing wrong. It’s fine.’

While Taika waited until July to speak out, Rita’s record label insisted the pictures did not bother them, with Warner Music telling Australia’s Telegraph: ‘Rita is an incredible and hard-working artist, and we loved having her in Australia. We look forward to having her back here soon.’

Rumours first began circulating with regards to the pair in April but neither of them has confirmed they are dating.

At the time Rita shared a picture of them cuddling on Instagram, writing: ‘Good times, memories, random things on my phone and the ones I love.. #midweekupdate.’