Royal Expert Reveals Why Meghan And Harry Could Fade Into Obscurity

Prince Harry and Meghan Markle appear to be living their best lives in California after stepping down as senior members of the royal family, but some people find themselves wondering just how long the Duke and Duchess will stay relevant. The two have quite a few upcoming projects, from Harry’s memoir to Meghan’s animated Netflix series, that will keep them busy through 2022, but what will become of them in the years that follow? According to a report from the Washington Post, Harry and Meghan are well on their way to becoming “mega-celebrities,” and it sounds like they’ll be relevant for year to come. But could the opposite happen?

Royal expert Nick Bullen drew a comparison between Harry and his great-great-uncle, Edward VIII, in an interview with Fox News. Bullen pointed out some of the similarities between the two, including the fact that Edward married an American divorcee (Wallis Simpson), had a strained relationship with his brother, and he released a memoir. “It’s fascinating when you draw the parallels between the two,” Bullen told Fox News. Given the likeness of the two situations, it’s entirely possible that history could repeat itself. So, what happened to Edward — and does Bullen think the same will happen to Harry? Keep reading to find out. 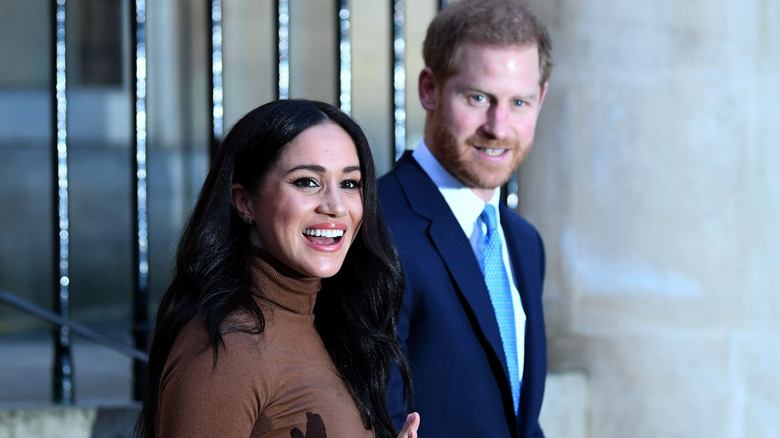 Nick Bullen points out that Prince Harry and Meghan Markle could “[fade] into obscurity” not unlike King Edward VIII and Wallis Simpson, he told Fox News. A new documentary titled “The Royals Revealed: Harry and Edward, Princes in Exile,” dives a bit deeper in to the Harry-Edward connection, which Bullen fleshes out a bit. “Even though Harry wasn’t the king and he didn’t abdicate, he still has a major impact on the monarchy. I think the biggest lesson – or warning – that this documentary shares is the fact that Edward and Wallis Simpsons faded slowly into obscurity. They eventually became irrelevant,” Bullen said.

Bullen went on to talk about the “golden glow” that Edward once had around him, saying that it “quickly faded,” and he wonders if something similar happening to Harry — though he does highlight the fact that “some historians have suggested that this is unlikely,” according to Fox News. Bullen doesn’t seem to have a definitive answer about what will become of Harry and Meghan in the future, though it’s important to mention that the Duke and Duchess of Sussex are living their lives in a very different time compared to Edward and Wallis.

The important thing, however, is that both Edward and Harry made a choice that was best for them. “[Edward] left to be with the woman he loved,” Bullen told Fox News — and the same could be said for Harry. And love is a very powerful thing.