April Kepner returns during the May 6 episode of ‘Grey’s Anatomy.’ HL spoke EXCLUSIVELY with Sarah Drew about April and Jackson’s reunion, their offscreen co-parenting, and more.

Japril fans, tonight’s the night! Jackson shows up on April’s door during the May 6 episode of Grey’s Anatomy. HollywoodLife got EXCLUSIVE scoop from Sarah Drew about what to expect from this Japril reunion. “I guess what I can say is that the episode is really about something that Jackson is going through. It’s very focused on Jackson,” Sarah teased.

Even though fans haven’t seen April since she left the show at the end of season 14, Jackson and April have been communicating and seeing each other offscreen. “What I can also say is April, this whole time, has been co-parenting Harriet with Jackson in Seattle,” Sarah said. “So him showing up on her doorstep isn’t completely out of nowhere. They probably do a handoff twice a week in terms of co-parenting their child, so it’s really the content of what he’s there to talk about that becomes the meat of the story. But it’s so beautifully written, and I’m really excited for people to see it.” 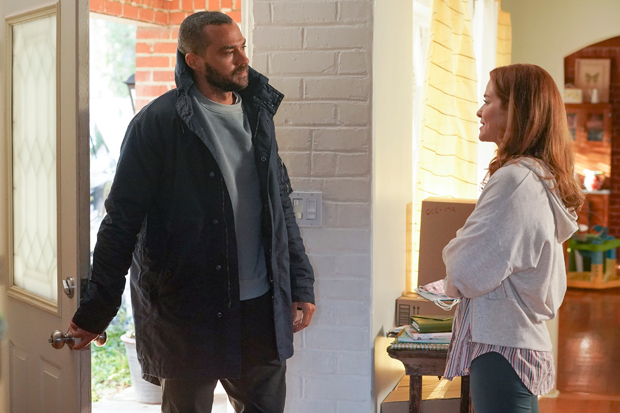 When Sarah posted an Instagram photo with her co-star, Jesse Williams, on March 16, she nearly broke the internet. Sarah admitted that she is continually amazed by the power of the Japril fandom.

“You can’t not see that after seeing the internet reaction when we posted a picture where you can’t even see our faces,” Sarah told HollywoodLife. “We were both on set after posting that looking at one another and showing each other tweets just being like… I mean, the Japril fan power is big. It feels so great. The honor of getting to play a role that means so much to so many people is such a gift. I’ve been so happy these last few weeks just interacting with fans and stuff about it.” 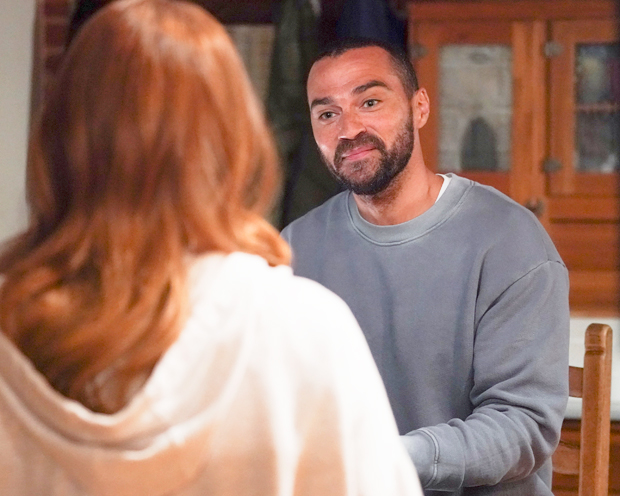 Jackson and April became a fan-favorite couple on Grey’s Anatomy. Japril fans were heartbroken when these two split. When April exited the show, she married Matthew and resigned from Grey-Sloan. It’s worth noting that Matthew is not seen in the promo for the May 6 episode. Could something have happened between April and Matthew? In the May 6 episode, Jackson also pays a visit to his father which helps set him on the right path. Grey’s Anatomy season 17 airs Thursdays at 9 p.m. on ABC.