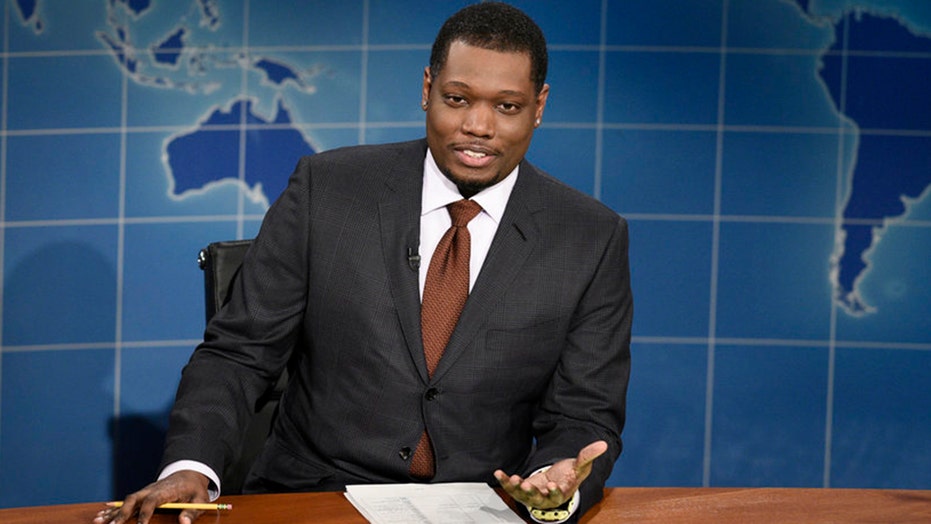 On Sunday, the NBC show shared a sketch to its YouTube channel that was cut from the Nov. 6 broadcast for time. The sketch took place during the show’s “Weekend Update” segment and capitalized on the ever-growing popularity of the “Let’s Go Brandon” chant, which has emerged in recent weeks as a euphemism for the phrase “F— Joe Biden.” 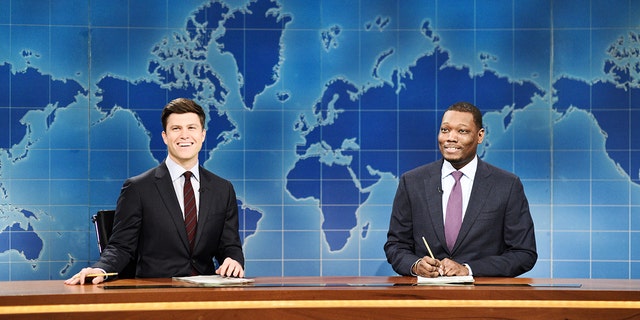 However, it quickly becomes apparent that Brandon does not understand the hidden, anti-Biden meaning behind the “Let’s Go Brandon” phrase and instead thinks that people are just particularly excited to see him succeed right now.

“I was feeling kinda down. That’s when, all over the Internet, people started cheering me on saying ‘Let’s Go Brandon!’ All the support was just the boost I needed to focus on my true passion, my famous cookie creations.”

With that, the clueless Brandon pitched his bright idea to make cookies that are square, speculating that perhaps the idea is why people are so jazzed about him at the moment.

During the interview, Trump supporters and Biden critics broke out into a chat of “F— Joe Biden” which could clearly be heard by NBC’s cameras. 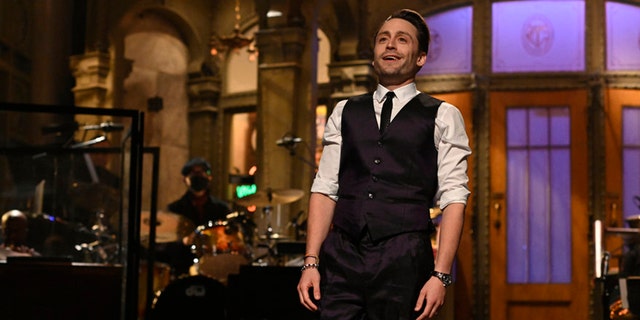 Stavast, in an apparent attempt to steer the interview away from politics, reported that the crowd was really chanting, “Let’s Go Brandon!”

At that moment, the internet turned the reporter’s misstatement into a viral cultural mainstay with Americans all across the country chanting the phrase “Let’s Go Brandon” at sporting events, including it in viral pranks, billboards, memes, and the phrase even made it on the dress of a Republican congresswoman.

When Che informs his guest of the true meaning behind the joke, Brandon is beyond distraught. 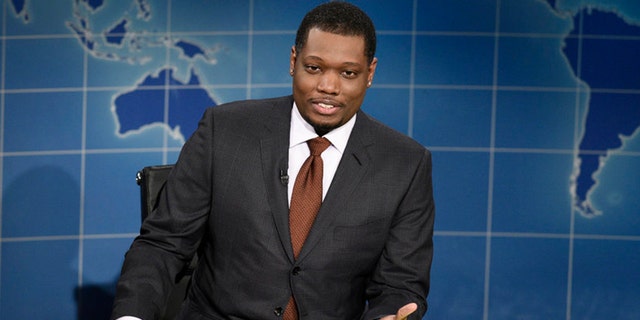 Michael Che appeared in a sketch commenting on the ‘Let’s Go Brandon’ chant.
(Will Heath/NBC)

The sketch concluded with Che offering to cheer him up by starting a crowd chant of the man’s last name, Badnoodles.