SEBASTIAN SHAKESPEARE: An £80k bed? Welcome to Jasper Conran’s sale of the century

He became a household name in his 20s as Princess Diana’s favourite designer, and later created the wedding dress for Princess Margaret’s daughter, Lady Sarah Armstrong-Jones.

Now aficionados of Jasper Conran — son of late Habitat founder Sir Terence Conran and Superwoman author Shirley Conran — are about to have a unique chance to own some of his own personal treasures.

For I can disclose that Conran junior is auctioning the entire contents of his exquisite 23,000 sq ft, six-bedroom apartment at New Wardour Castle, Wiltshire.

The three-day auction, which will be conducted both in the sale room and online in September, promises to be one of the highlights in Christie’s calendar. 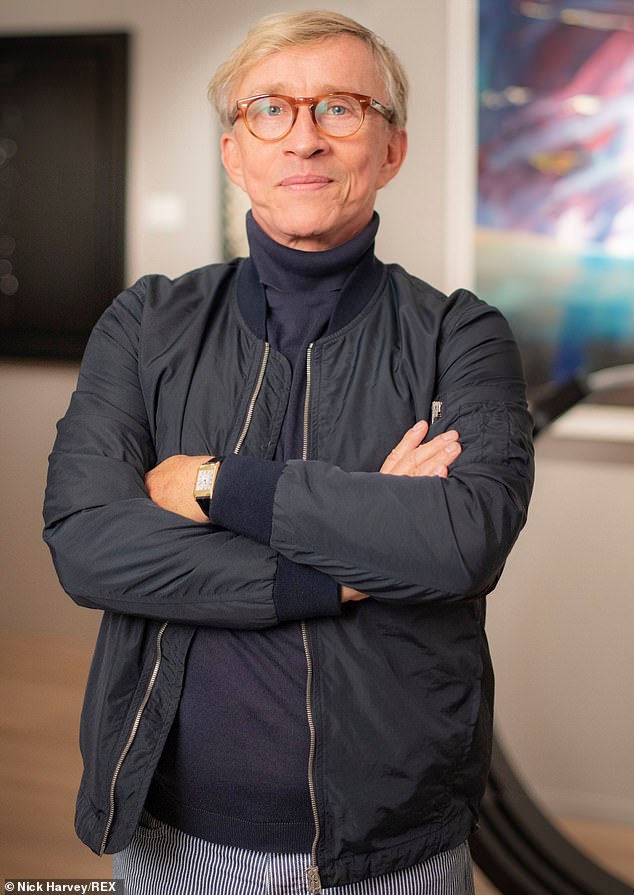 One of the most highly prized lots comes from the bedroom which Jasper shared with his husband, Irish artist Oisin Byrne, 24 years his junior, whom he married at Wardour in 2015. 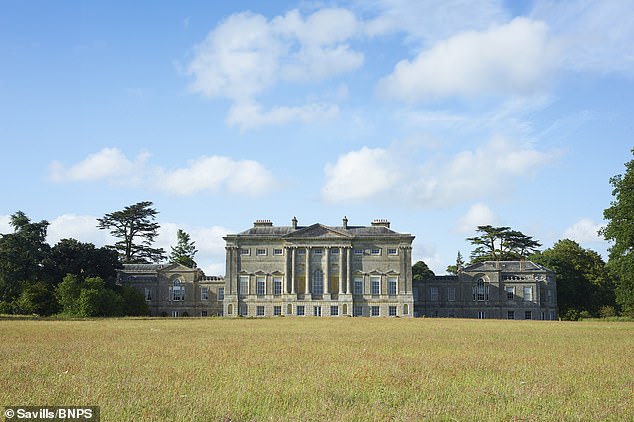 Other eye-catching items in the 500-lot auction include three pairs of George III giltwood armchairs embellished with needlework representations of Aesop’s fables, each pair bearing an £18,000 estimate, and a George II heraldic console table, with an estimate of £20,000-30,000.

Or, for those with an appetite for something a little older, there are four Chinese blue and white Kraak porcelain items believed to date from the 16th or 17th century, and expected to sell for £4,000.

Some have expressed astonishment that 61-year-old Conran could bear to bid farewell to Wardour.

Aside from the intense personal connection which he and Byrne had with their apartment, which they sold for £4 million, it boasts what Conran describes as ‘possibly the best staircase in England, if not the world’. 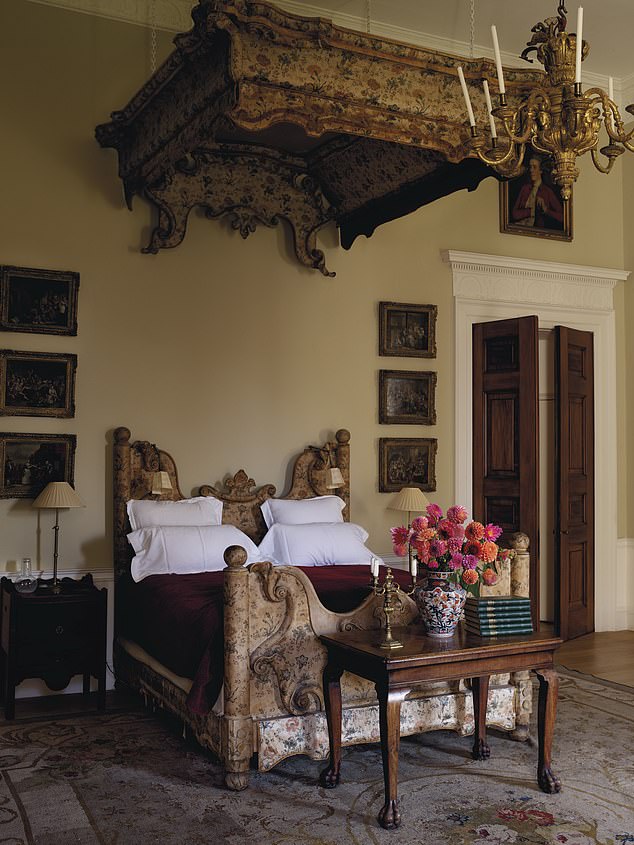 One of the most highly prized lots comes from the bedroom which Jasper shared with his husband, Irish artist Oisin Byrne, 24 years his junior, whom he married at Wardour in 2015. It’s the couple’s George I chintz-cotton and velvet tester bed, dating from 1725, and is expected to fetch £80,000

But it seems Morocco beckons, so everything must go.

In 2019, Conran acquired Villa Mabrouka, Yves Saint Laurent’s old house in Tangier on the country’s Mediterranean coast, which he is intent on transforming into one of the world’s most chic hotels.

Wake up and smell the money! Hollywood star Catherine Zeta-Jones has embarked on a lucrative new venture selling coffee.

The Swansea-born actress, 51, is launching a new coffee range for her lifestyle brand, Casa Zeta-Jones, later this month, just weeks after she started her own clothing collection. 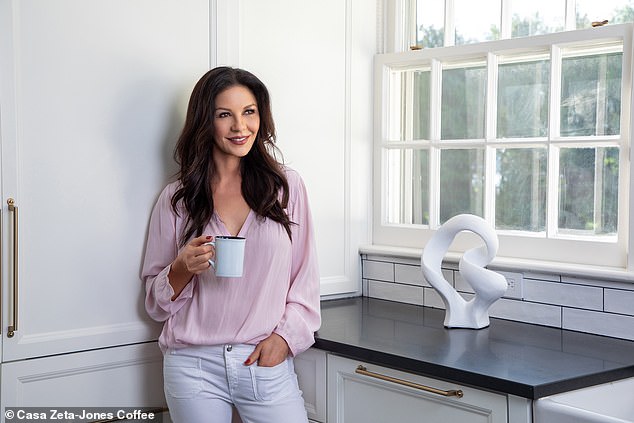 The beverage line includes six specialty blends of artisan crafted coffee — and it doesn’t come cheap at £20 for a 340g bag.

‘Everyone who knows me knows I simply cannot start my day without a cup of coffee, and now I’m bringing cups of love to your Casa,’ says Catherine, wife of film star Michael Douglas.

Fellow actor George Clooney co-founded Casamigos tequila company in 2013, which was purchased in 2017 by Diageo for £790 million.

Tyler intends to treat herself to a Tesla

It’s the total eclipse of the petrol car. Husky-voiced Bonnie Tyler is planning to treat herself to an all-electric Tesla when she turns 70 this summer.

‘I just want to do my little bit for the environment,’ says the Welsh songstress who recently released a new album, The Best Is Yet To Come.

She insists that becoming a septuagenarian is no big deal. ‘It’s just another year,’ she says.

Modesta’s delivered a baby 4u, John

Billionaire Phones 4u founder John Caudwell has become a father for the sixth time aged 68.

The businessman confirmed yesterday that his fiancée, Olympic cyclist Modesta Vzesniauskaite, 37, has given birth to their first child, a son, William John. 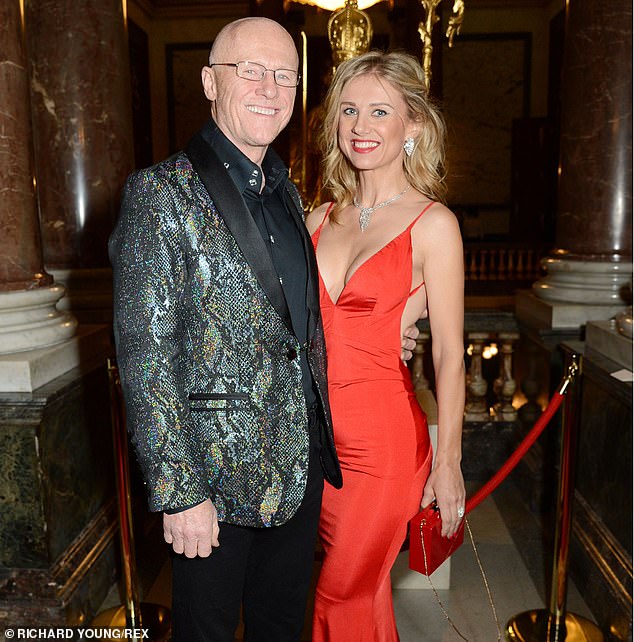 ‘Two weeks ahead of schedule, Modesta and I welcomed our little boy to the world,’ he says.

‘He’s 2.6kg, 48cm and now shares a birthday with his sister Libby. Mother and son are both doing well.’

‘I’m looking forward to the screaming and the terrible twos and all those magical moments.’

Olivia a prisoner of fame

The Crown star Olivia Colman, who has been nominated for her second Oscar this week, admits she’s still struggling with fame.

‘Leaving my front door is something I don’t like doing any more because of the fame.

‘It probably isn’t very healthy,’ says the 47-year-old, who lives in South London with her husband, writer Ed Sinclair.

‘In the park I don’t know everyone’s faces, but they know my face. Most people are respectful but, sometimes, you find someone taking a photograph of you.’

Being in Greece last autumn to film The Lost Daughter was, she adds, a welcome relief.

‘I could say good morning to everybody because the lovely islanders — particularly the older generation — didn’t have a clue who I was. It was something I missed.’

Jude Law’s ex-wife, Sadie Frost, shocked loved ones when she claimed she had been diagnosed with rheumatoid arthritis while staying at a wellness retreat in the Himalayas.

Three years on, she now says it was all a big misunderstanding.

‘In the end, it was some kind of painful immune infection,’ admits Sadie, 55.

‘I got out of bed and my feet hurt, everything was hurting, just aching. I was like: “Oh my God, this is old age.”’

It’s the ghost of Poldark

He  made his name as Ross in the BBC’s original Poldark drama. And now 1970s heart-throb Robin Ellis is embracing new tech to continue working at the age of 79. 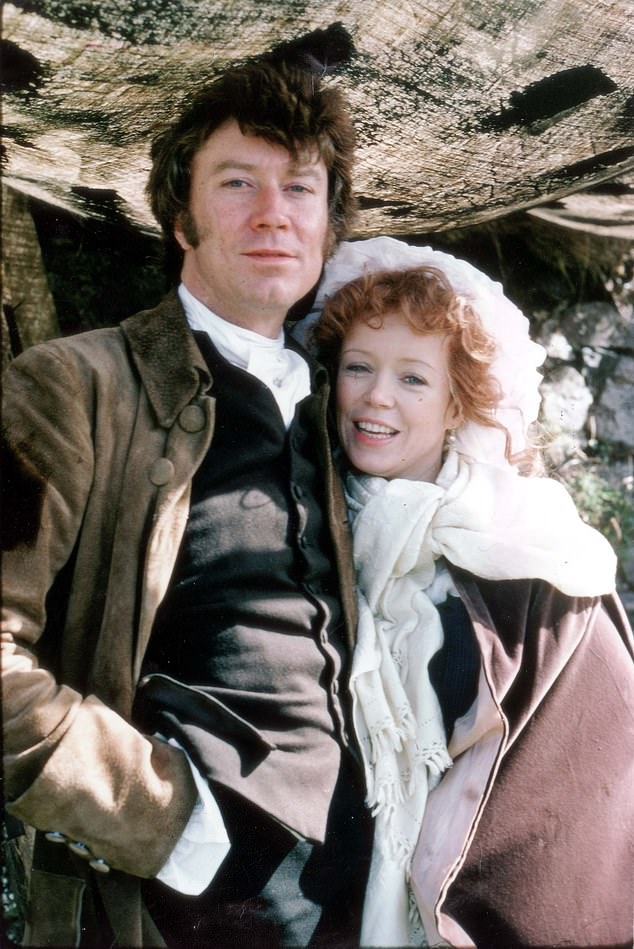 Robin Ellis, a heartthrob in the 1970s when he starred in the original Poldark, is taking on a new role in a stage performance of Hamlet

I hear he’s to play the Ghost of Hamlet’s father in a remake of the Shakespeare play — shot only on iPhones.

‘It came out of the blue,’ Ellis tells me.

‘I said: “OK, let’s try it.” I haven’t recorded the final version yet with Meredith, [his wife] who’s helping me out with the process. We’re getting there, and it’s fascinating, but quite different to doing a stage performance.’