Selena Gomez Suits Up in Gauge81

Selena Gomez is on a media blitz. Most know that her new album, Rare, was released just last week, but few aren’t aware that the songstress has a movie premiering on Friday. That’s right, Gomez has lent her vocal talents to the upcoming film Dolittle, starring Robert Downey Jr.

In it, she plays a friendly giraffe named Betsy, alongside a menagerie of stars, including a macaw voiced by Emma Thompson and a gorilla voiced by Rami Malek. Evidently, it was a role that Gomez wouldn’t pass up.

“If they would have called me any time in the world, I would have said yes,” said Gomez at the premiere. “But luckily the director’s daughter [Betsy Gaghan] was a huge fan of mine, and I’m actually named after her, the character. So, it’s really sweet.”

Sweet as it may be, having two projects to promote simultaneously doesn’t leave much room for downtime. She attended the screening for Dolittle this weekend in Los Angeles and was at Live with Kelly and Ryan in New York early Monday morning. Luckily for Gomez, she has a team—namely her stylist, Kate Young—who travels coast to coast with her, making sure she is primed and ready for the cameras. 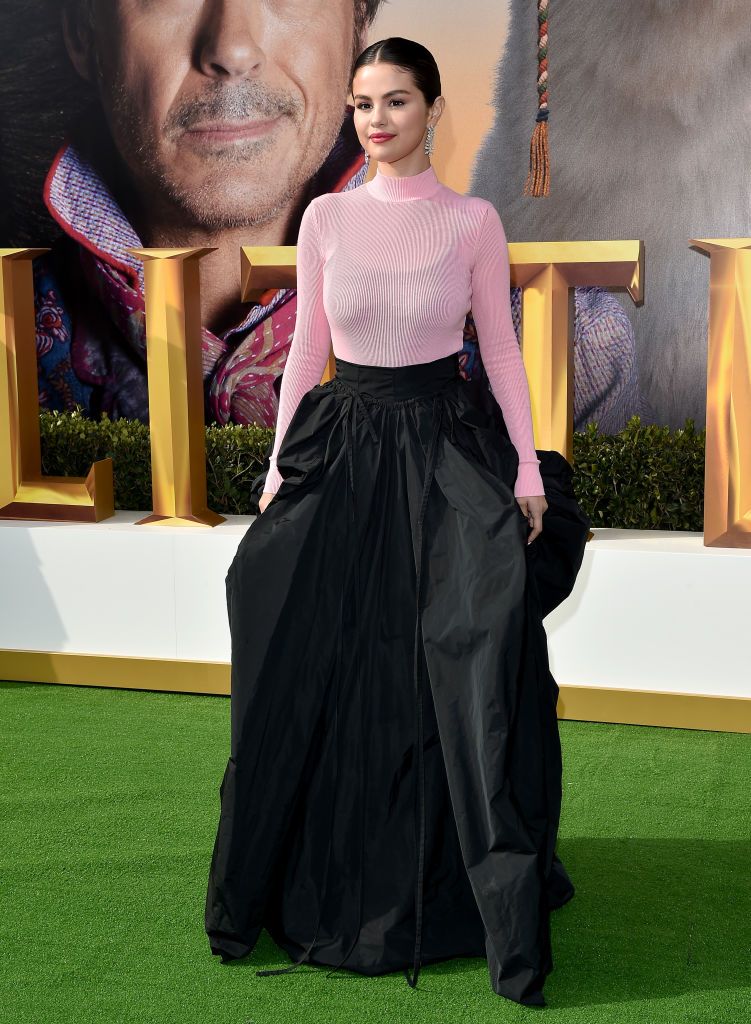 On her first stop, Gomez was outfitted in a voluminous black skirt and formfitting pink sweater by Givenchy. She accessorized the look with jaw-dropping diamond earrings by Messika. Then, for her New York rendezvous, she wore a single-button orange suit by Gauge81, which she paired with brown lace-up boots and small gold hoop earrings.

From a storied French fashion house to a burgeoning Amsterdam-based label, Young has spanned the market for her client, choosing ensembles that are sleek, polished, and, judging by Gomez’s whirlwind schedule, easy to put on and take off. 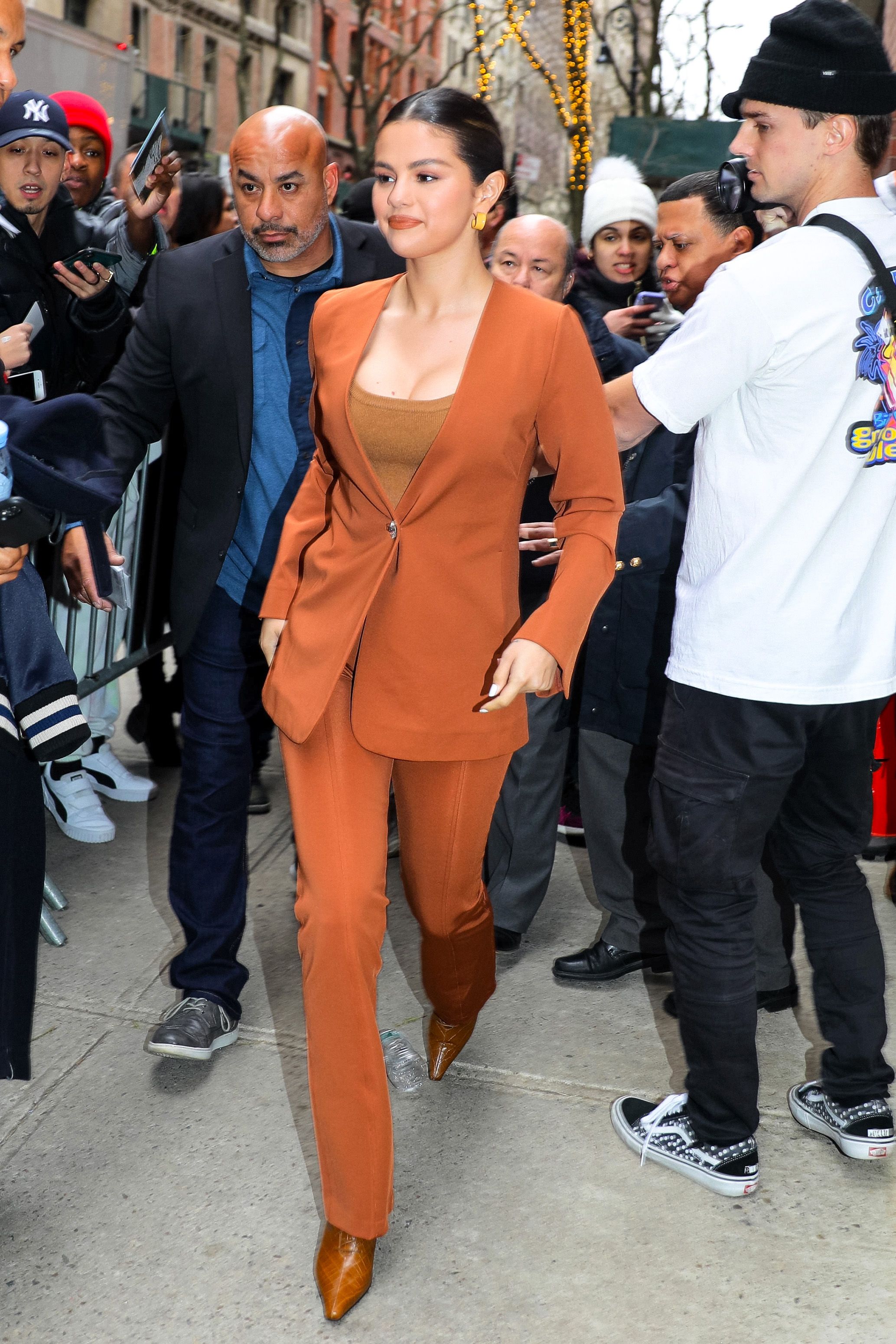