Seth Rogen caught backlash online after he waded into the controversial debate about the increased anti-Semitism on social media.

According to an analysis from the Anti-Defamation League, more than 17,000 tweets posted to the platform between May 7 and May 14, around when the violence began, used some variation of the phrase “Hitler was right.”

On Wednesday, the writer and actor replied to a tweet written by journalist Eve Barlow for Tablet Magazine in which she lamented the rise in anti-Semitism that many have experienced both online and in real life. She discussed a nickname trolls have given her online, “Eve Fartlow,” as a way to talk about how much more scrutiny and harassment Jewish people have been experiencing.

Rogen simply responded to her tweet with a wind-blowing emoji. Although he didn’t provide more context, many inferred that he was taking a dig at the writer and using the very nickname her article was lamenting. The wind emoji is sometimes used to symbolize flatulence.

“Perhaps it was a form of digital waterboarding aimed at forcing me to surrender, delete all my accounts, log out of all my devices, and commit digital suicide,” Barlow wrote in her piece.

“Eve Fartlow” is an intimidation tactic; a playground jibe meant to drown out my voice online,” the pro-Israel writer notes elsewhere in her article.

The comment sparked immediate debate on social media with many deriding the celebrity for seemingly adding to the harassment being discussed in the article.

“Will this help you score points with antisemitic friends?” one user wrote.

“You make me want to be anything other than an actor. You will forever be a disgrace to me,” another user responded.

“Mate. Delete this. It is part of on going abuse,” another added.

Rogen previously opened up about his views on Israel and growing up as a Jewish kid in July during an appearance on the “WTF” podcast with Marc Maron. In it, the “Neighbors” star explained that he believes he was “fed a huge amount of lies about Israel,” growing up.

“They never tell you that, ‘Oh, by the way, there were people there.’ They make it seem like it was just like sitting there, like the f—ing door’s open,” Rogen said at the time. 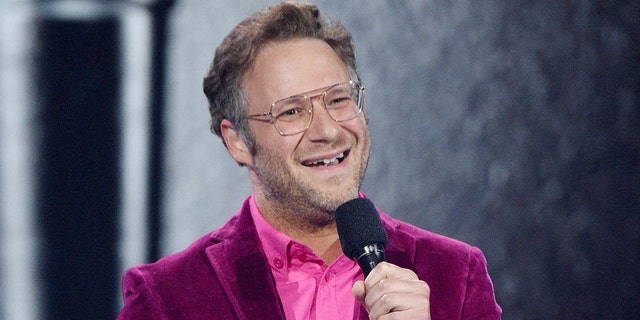 When asked directly if he believes Israel has a right to exist, the actor kept things relatively vague but called the Christian vision an “antiquated thought process.”

“If it is for religious reasons, I don’t agree with it, because I think religion is silly,” Rogen said at the time. “If it is for truly the preservation of Jewish people, it makes no sense, because again, you don’t keep something you’re trying to preserve all in one place — especially when that place is proven to be pretty volatile, you know? ‘I’m trying to keep all these things safe, I’m going to put them in my blender and hope that that’s the best place… that’ll do it.’”

The star is no stranger to making controversial jokes. However, his recent tweet is in stark contrast to comments he made on “Good Morning Britain” to promote his new book. In the interview, he was asked about cancel culture and whether or not he would go back and edit or remove old tweets.

“I was never a comedian that made jokes that were truly designed to target groups that were subjugated in some way,” he explained during the interview Monday (via Insider).

He continued: “Have we done that without realizing it? Definitely. And those things are in our movies and they’re out there, and they’re things that I am more than happy to say that they have not aged well.”

The star concluded his thoughts on the matter by noting that he doesn’t believe comedians being taken to task over past material is an example of cancel culture. Instead, he sees it as an opportunity to show audiences that they’ve learned and grown as a performer and artist.

“But in my Twitter, I’ve never made a joke that’s outwardly horrific in some way, and if you have, I would question why you did that,” he concluded. “Saying terrible things is bad, so if you’ve said something terrible, then it’s something you should confront in some way, shape, or form. I don’t think that’s cancel culture. That’s you saying something terrible if that’s what you’ve done.”